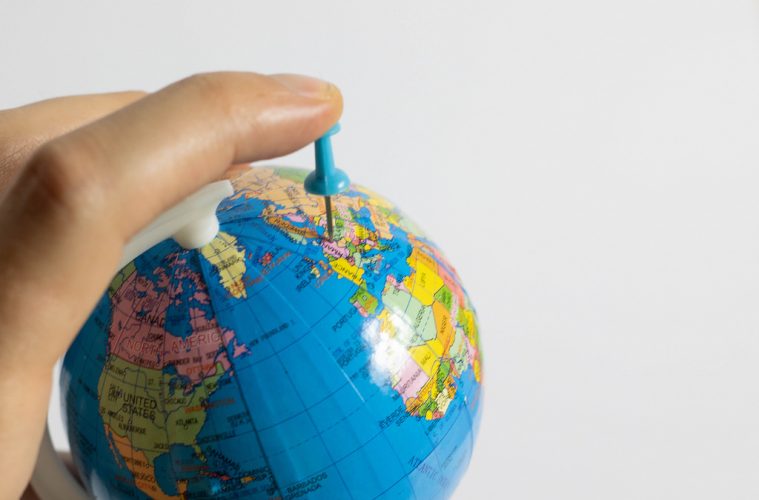 “There’s nothing for me in this country”, said almost every person living in Ireland at some point in their life. Each of us has a relation, or a friend, or a friend of a friend, who has left Ireland in search of better things abroad. For some, it’s the lack of jobs in their chosen field, while for others, it’s simply the adrenaline- fueling idea of leaving all familiarity behind and moving into the unknown somewhere across the world. Yet this ongoing exodus which has touched us all in some way is not a new phenomenon for Irish people. There are over 70 million people across the world who claim to have Irish ancestors, with the link between Irishness and emigration so strong that they even acknowledge it in the second article of our constitution, which reads: “The Irish nation cherishes its special affinity with people of Irish ancestry living abroad”. Nowadays, the idea of emigration can be heavily romanticised, much due to the way in which ‘life abroad’ is presented on social media, and also given to the simple fact that it is much easier to see the beauty in the ‘new’ rather than in the things that surround us everyday. But if there is any life lesson we have all come to learn, it is that things are rarely ever as good as they seem, and with that said, it is worth looking back on how life abroad treated those Irishmen and Irishwomen who have went before us.

The first real Irish exodus dates back to the nineteenth century, specifically to the period between 1845-1849, better known as ‘The Great Hunger’. A disease affecting the heavily relied upon potato crops in Ireland, coupled with cruel trading laws and little help offered from the British hierarchy caused the Irish population to reduce catastrophically with around a million people emigrating and many more dying; so much so that the Irish population has still yet to reach its pre-blight population. Though some ventured to places such as Australia and Canada, the vast majority of emigrants during this period went to places such as New York, Boston and Liverpool, with around one-quarter of the people in Liverpool in 1851 being Irish-born. Yet the idea that these emigrants left Ireland for an immediately better and easier life could not be further from the truth.

Those who were lucky enough to have survived survive the disease-ridden coffin ship journeys were met with the reality of being an unwanted inhabitant in a foreign land. Stephen Bance writes how “Liverpool had little to offer other than overcrowded lodging houses and filthy cellars” for the newly arrived Irish, with Irish-born citizens at one point making up 88% of sick persons under the care of the Liverpool authorities. Furthermore, places like New York and Boston weren’t much better, with one Boston health inspector even describing a typical Irish slum as “a perfect hive of human beings… huddled together like brutes, without regard to age or sex or sense of decency”. Yet the only greater disadvantage to Irish-borns than having to live in such conditions, was having to carry the title of being ‘Irish’ itself. For many who weren’t of Irish descent, the idea of ‘Irishness’ carried with it a certain sense of inferiority– someone who was devoutly Catholic, certainly of the lower classes, indefinitely drunk and capable only of the work that required little or no skill. Because of this, phrases such as “no Irish need apply” and “No Jews or Irish” were seen on job openings, and very few career paths outside of construction for men or housekeeping for women were open to the Irish immigrants.

Indeed it is due to these lack of opportunities, coupled with a general disregard and contempt towards the Irish, that many of them became involved in organised crime and criminal activity. Some of the most notorious outlaws in American history descend from Irish-emigrant families. Mobsters such as John Dillinger’s right-hand man John “Red” Hamilton, New York’s Owen “The Killer” Madden, and Boston’s notorious James “Whitey” Bulger are all of Irish descent, and all turned to crime not wholly, but somewhat, because they were ‘Irish’, and that was one of only a few career paths available to people with such a title.

Of course, the majority of Irish immigrant families worked hard to make an honest living abroad. They did what they had to do to get by, and went on to lay the foundations for the generations that came after them to climb the social ladder and establish themselves, slowly losing the Irish accent from their tongues, but always keeping the Irish pride in their hearts. The Kennedy family from New Ross, Co. Wexford, is one of many examples of this, who would find home in Massachusetts and, in only a few generations, would go on to give birth to the thirty-fifth president of the United States.

The history of Irish people and emigration is a long, and often times, sad story. However, what makes the story even sadder is that still today, in the twenty-first century, some of our best and brightest teachers, doctors, nurses, and engineers, amongst others, continue to leave this country that they feel has nothing to offer them. With so few opportunities in important public sectors, coupled with an ongoing housing crisis, leaving home is, for many people, a matter of survival as much as it is of opportunities. Ireland has lost so many exceptional minds, hearts and people in the past, and each time that a talented, enthusiastic, young person leaves this country, not because of a lack of love, but because of a lack of opportunities, the fabric and the potential of our country is irrevocably damaged. Great people make great nations, and while the Irish abroad have survived so much and done so well, the Irish government must do more to ensure that, from now on, the people who could contribute so much to this country, and who would never turn their back on it, aren’t left to feel as though their country has turned its back on them.