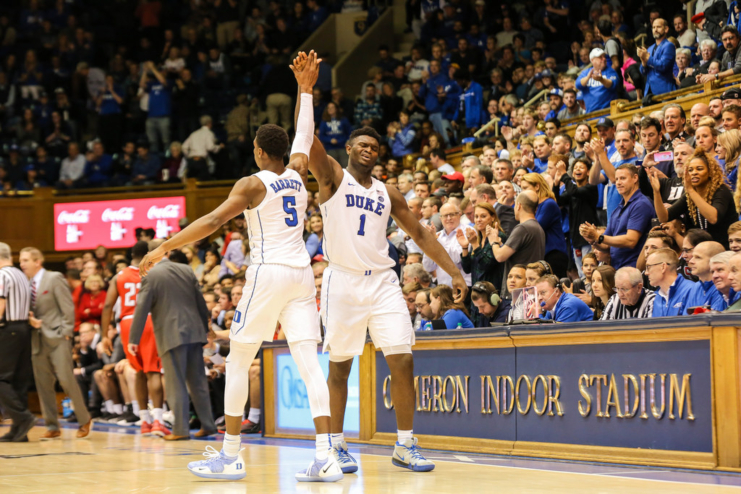 Zion Williamson – Legend in the making

He’s just been named the ACC player of the year, and he’s the name on everyone’s lips. Obama, Jay Z, and LeBron James have all been to see him play. He’s Zion Williamson, and he’s a legend in the making.
A 6-foot, 7-inches and 285-pound player, Zion casts an imposing shadow on his opponents, while his 45-inch vertical leap is the highest ever measured since Duke started recording such stats. But it’s not just his size that impresses. Zion is what many feel to be the complete player.
Former Duke forward Jay Bilas—who is now a commentator for ESPN—has said that, while he doesn’t want to mention Zion in the same breath as LeBron, he hasn’t felt as impressed by a player since he first saw James all those years ago. Even the man himself said that the predicted top player for the draft was ‘very impressive’. For his part, Zion was just pleased to have his name mentioned by James.

Unfortunately, we’ll have to wait a while to see his natural talents on the court again. Zion remains sidelined, and coach Mike Krzyzewski will take no chances with his star player. The Blue Devils have been a bit hit-and-miss since losing their talisman, yet, despite Zion’s bizarre injury in the warm-up against North Carolina, Duke still remain favorites in the NCAA predictions. Zion’s comeback will no doubt have a large bearing on that outcome.

As for his already legendary status, this should come as no surprise. His explosive high school basketball career was diarized extensively online, with highlight reels proclaiming him to be the best player since… well, anybody.

Even before his Duke career got off to a start, ESPN had already listed an NBA draft preview of him. And unsurprisingly, he is now being compared to all-time greats such as LeBron, Shawn Kemp, and Charles Barkley. Call us crazy, but we’re inclined to agree. 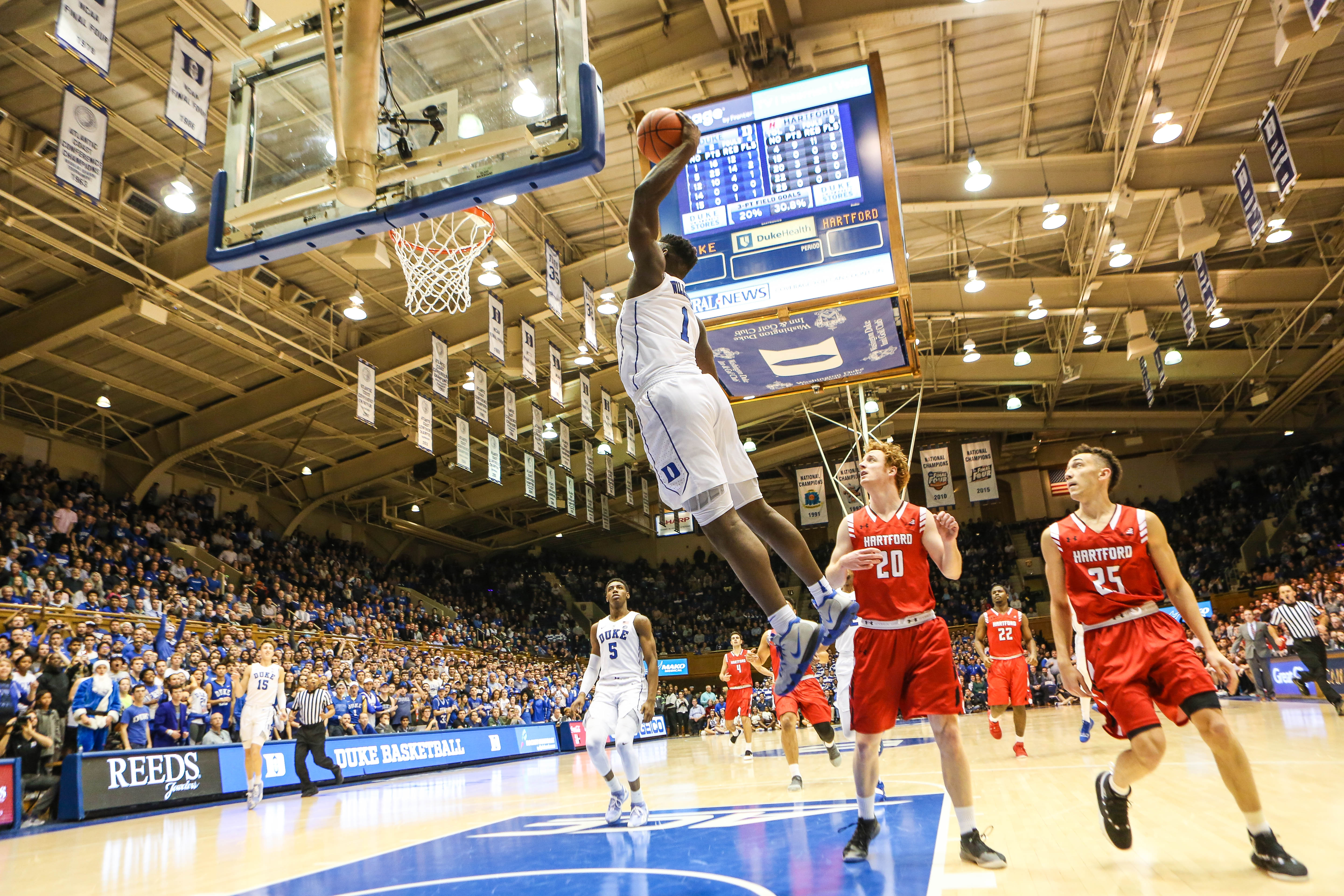 Bilas has more to say on Zion, stating that there has never been any player like him before. A player who can move so gracefully despite his incredible size is surely something to get excited about, but, incredibly, there are others in this year’s class who are just as exciting in terms of talent. In fact, this year may just make it onto the list of the best draft classes in the last two decades.

Zion’s teammates at Duke, RJ Barrett, and Cam Reddish, are a projected to be second and fourth, with Murray State’s Ja Morant sandwiched in the third spot. Were it not for Williamson’s on-court heroics and exploits, we’d all be talking about Barrett, who is enjoying a stellar season so far. But the fact is that it’s all about Zion this year, and it’s looking increasingly likely that this will be the case for many years to come; but coach Krzyzewski feels that it’s not just his skills that will make him a household name.

Williamson has every reason to be happy. He’s enjoying a college basketball career that dreams are made of while his name is being mentioned by the greats of the game. Yet, according to his coach, that’s not actually why the player is so happy. Krzyzewski says that Zion is an incredible character who plays with joy that his teammates then feed off. Indeed, when you see his interviews, he comes across as a well-mannered youngster who knows how fortunate he is to be in this moment and who is going to do all he can to enjoy himself. And it’s this endearing personality that will sell tickets to games and make him a marketer’s dream come true.

Whichever team gets drawn first in the NBA draft lottery will surely pick the enigmatic Williamson, if not for his skills, then for the marketability of the player. Hopefully, the slight injury he suffered is the last we’ll see for some time, as we all look forward to seeing the 6-foot-7 player grace the boards of the NBA for many years to come. Pay attention folks—you’re watching history being made right here, right now… because in Zion Williamson, we have a true legend in the making.