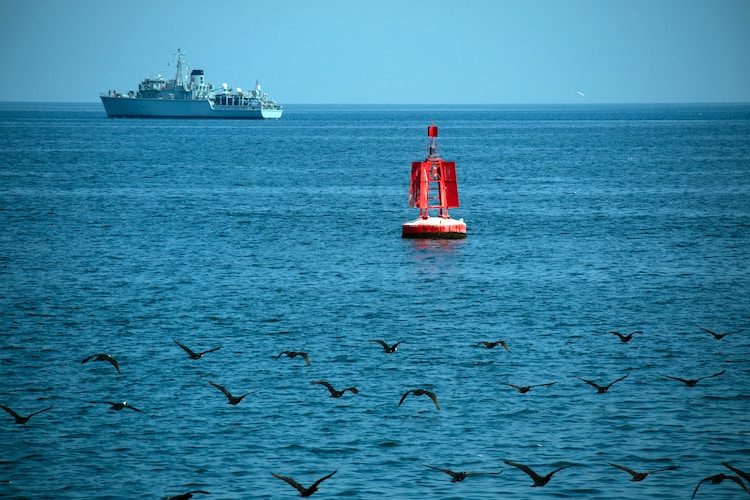 The Iranian Oil Tanker Attack: Who, Why, and What Now?

On the morning of June 13, explosions damaged two oil tankers in the Gulf of Oman, a strategic waterway in the Middle East that is key to global oil supplies.

Why have the U.S. and its allies been encountering increased tensions with Iran?

Iran, which remains the primary destabilizing force in the Middle East, has been facing crippling U.S. sanctions that have pressed its economy into a severe inflationary recession. Perhaps most notably, the U.S. has abandoned the 2015 Obama era nuclear deal.

Iran already suffers from capital flight, air pollution, and its own financial mismanagement. The U.S., in coordination with Saudi Arabia, intends to completely eliminate Iranian oil exports, which would destroy the Iranian economy. However, such plans have provoked consequences, one of which being the Iranian oil tanker attack.

How is oil being strategically used to pressure Iran?

Over half of Iran’s national earnings come from petroleum exports. Increased global oil supplies and lower prices, especially due to Saudi oil production, have put Iran’s economy at risk. As a result, the state has threatened to close the Strait of Hormuz and surpass the limits on its stockpile of uranium enrichment that were agreed upon in the 2015 nuclear deal.

The Islamic Republic has also hinted at using terrorist proxies like Hezbollah and Houthis to destabilize the region, pushing the U.S. to send additional troops to the Gulf and reduce its embassy staff in Iraq.

Why did Iran attack oil tankers in the Gulf of Oman?

Iran is responsible for a series of attacks around the Persian Gulf, including the most recent July 13 oil tanker attack. As a result of severe limitations on their oil exports, Iran has attempted to intimidate the international community into urging the U.S. to halt its sanctions. In fact, oil prices soared immediately after the attacks. Iran increasing their uranium enrichment beyond the limits of the multinational 2015 nuclear deal is not in Europe’s best interests. Therefore, Iran wants to play its uranium card to offset U.S. sanctions through normal business ties (trade & exchange) with European countries.

Why the Strait of Hormuz?

The Strait of Hormuz, where a third of the world’s oil tanker traffic passes, is the world’s most crucial maritime route for many nations’ energy supplies. It’s no coincidence that the attacks on the tankers, one of which was Japanese, coincided with the visit to Tehran by Prime Minister Shinzo Abe of Japan.

Iran cutting off other nations from the Strait of Hormuz would result in an immediate surge in oil prices, exactly what they hope to achieve to pressure the U.S. into reinstating the 2015 nuclear deal.

The Islamic republic has invested in network of proxy forces throughout the Middle East, which have already proved to be important assets for Tehran in their efforts to dominate the region. For example, the day before the tanker attacks, Iran-backed Houthi militias fired a missile into a Saudi Arabian airport, injuring 26 civilians.

Since 2015, the Houthis have been fighting a Saudi-led coalition in Yemen, and they don’t seem to be slowing down their momentum any time soon.

What the Trump administration should do?

As the U.S. election is coming up, President Trump will not involve the country in more Middle Eastern military conflicts. What Iran wants is relief from American sanctions. The U.S. should engage in a confidential talks with the Iranian government to reach a new, lasting agreement, taking steps to de-escalate the situation in order to reduce the risk of an incident.

In addition, the U.S. should try to form a multinational force to protect oil shipments that pass through the Strait of Hormuz. This could prove a strong front against Iranian actions and reduce the risk of war.