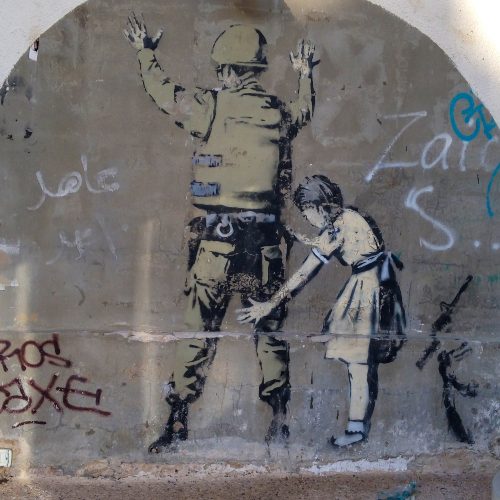 As one of the largest diasporic communities, Palestinians around the world have turned to journalism, detailing their own perspectives and opinions about politics, culture, food, history, humanity, art, etc. Palestinian journalists embed their trauma and fight for justice in much of their writing and use the medium of journalism to present just that to the world. As night raids and arrests of Palestinian journalists happen frequently, Palestinian and foreign journalists have been requested or forced to not cover particular stories or provide their personal opinions in their articles. The sensitivity of the Israeli-Palestinian conflict has resulted in many journalists being threatened by different means, requested to stay silent, arrested, or in some cases, even killed. These journalists demonstrate bravery and courage by putting themselves in potentially dangerous situations. Below are just a few of today’s influential Palestinian journalists who have left an international impact on journalism and humanity.

Muath Amarneh is a 35-year-old Palestinian photojournalist who recently was shot in the eye by an Israeli soldier in a village outside of Hebron, Palestine on November 15, 2019. Amarneh’s story is not only recent but also significant across the globe. Amarneh was covering a protest in the village of Surif, close to Hebron, where Palestinians were protesting against the theft of their land by Israeli settlers. Amarneh was very clearly wearing a press jacket and helmet, but was still shot in the head by a bullet while taking pictures on a nearby hill, about 330 feet away. Amarneh was rushed to the Hadassah Hospital in Jerusalem where doctors had to remove his left eye in order to extract the bullet from his head.

The image of Amarneh with blood dripping from his eye went viral and journalists and individuals from across the world expressed their solidarity with Amarnah and Palestine by posting photos of themselves on social media wearing eye patches and/or covering one eye with their hand. Amarneh has become very influential in the world of journalism, as he has demonstrated bravery and passion for his work. His story is symbolic of Palestinian solidarity and the risks journalists place themselves in, in order to ensure that the truth is told.

Yaser Murtaja was 30 years old and had been hired by a Norwegian advocacy group as a video journalist and photographer in Gaza. This advocacy group was also screened and approved by the U.S. government before his company received a USAID grant. Murtaja was also the co-founder of Ain Media Production Company, which produces videos for several international media outlets like, Al Jazeera, and BBC and Vice. He also was the first person to bring a camera drone into Gaza – if you’re familiar with Gaza, then you know Gaza is a territory with no airport and is isolated by an apartheid wall and the Mediterranean Sea. Murtaja’s journalism career focused on covering life in Gaza as a result of it being blocked off from the world and the Gaza-Israeli conflict. He was also part of the popular Al Jazeera’s documentary, “Gaza: Surviving Shujayea”.  His work provided so many people around the world with insight and understanding into the goings-on of life in Gaza.

Murtaja was covering the “Great March of Return” and during protests on April 6, 2018, he was taking pictures of the demonstrators near the border of Gaza at Khan Younis. Other journalists said he was operating a Steadicam and he was standing about 100 meters away from where some protestors were lighting tires on fire. He was wearing a flak jacket marked “PRESS” and was shot in an exposed area in his stomach by an Israeli sniper. He was one of the ten Palestinians that were killed on that day.

Ahmed Abu Hussein was 24 years old and worked as a journalist for Gaza’s Al-Shaab radio station. While working in the field and covering a protest, Abu Hussein was wearing a protective vest marked “PRESS” and helmet marked “TV” and was shot by Israeli gunfire on April 13, 2018. He was the second journalist to be killed by Israeli gunfire during the 2018 Right of Return March in Gaza. The picture of Abu Hussein wounded in his vest before being taken to the hospital where he later died, spread virally on social media.

After both of these deaths, the Israeli military assured that it does not intentionally target journalists and that an investigation of the circumstances of the shootings would take place. Perhaps unsurprising, however, no action for the justice of these journalists appears to have taken place.

Many journalists across the word advocated and spread their solidarity and support for both Murtaja and Abu Hussein. Many media outlets and organizations have expressed that these journalists were not doing any harm with their cameras but were simply trying to convey the image of the Palestinian people and ongoing protests to the world. The tragedies of both these men have left an empowering mark on Gaza and the Palestinian people and demonstrate how violence against those exposing the truth cannot prevent the truth from being told.

3. Founder of the Electronic Intifada

Ali Abunimah is a Palestinian-American journalist known for his active support of a one-state solution to the Israeli-Palestinian conflict. Born in the United States and raised in the United Kingdom and Belgium, Abunimah later went on to receive his degrees from Princeton University and the University of Chicago. He is a current a resident of Chicago, IL and contributes his publications to the Chicago Tribune and Los Angeles Times. Abunimah is one of the founders of The Electronic Intifada, a non-profit online publication that covers the Israeli-Palestinian conflict from a Palestinian perspective, established in 2001.  He has written and published several books as well. Given The Electronic Intifada is one of the only news outlets published that writes from a Palestinian perspective, Abunimah has been highly influential and significant.

Lama Khater is a prominent Palestinian woman journalist and blogger on human rights, Palestine and the Middle East region. Khater has written for a variety of news sources and media, including Al Jazeera, Quds News Network and the Arab online women’s news source, Meem Magazine.  She is known for her critique of the Israeli-Palestinian conflict and of the Palestinian Authority in much of her writing. She and her husband have been detained by Israel on several accounts because of her journalistic work and publications in newspapers. She was recently released from a 13-month jail sentence.

5. “The Youngest Journalist in Palestine”

Jannah Jihad is a 13-year-old Palestinian youth activist and amateur journalist. She is known across the globe as one of the youngest journalists. She began reporting to present the perspective of a Palestinian youth growing up within the Israeli-Palestinian conflict. Her desire to be a journalist was sparked by her growing interest in uploading pictures and videos on her social media accounts. She went on to cover events like protests and marches in Jerusalem and around the West Bank. Recently, Jihad has spent some time touring the United States and Europe to speak about her aspirations in journalism and the types of stories she covers and hopes to continue covering in order to give voice to the youth of Palestine. She carries a very strong demeanor and has been highly influential among many young Palestinians.