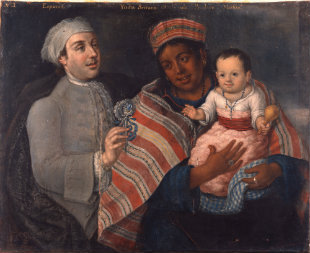 The Incas, Kings of the Andes

[translations idioma=”ES” url=”https://archives.rgnn.org/2013/12/18/los-incas-reyes-de-los-andes”]
ANCIENT PERU. The Inca Empire, also known as ancient Peru, was a pre-Colombian civilization that extended more than 5,000 kilometers along the Andes, from Colombia to Chile. Surpassing even the magnitude of the very same Roman Empire, the origins of the Incas date back to the XV century; establishing in Cuzco, in actual Peru, the capital of the State. The empire contained more than 200 different ethnicities, but they all idolized the same motto; “Ama Sua, Ama Llulla, Ama Quella”, “Do not steal, do not lie, be honest”. The arrival of the Spanish in 1533, under the command of General Francisco Pizarro, ended with the Inca hegemony when they executed their leader, Atahualpa. The Spanish ended the lives of more than 90% of the Inca population, either by the assassinations, slavery or starvation, but still, it was the pre-Colombian civilization that endured the most as an independent state through the discovery of the New World in 1492. 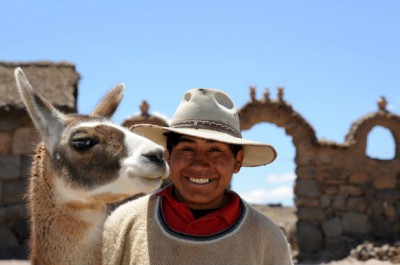 In its nearly 100 year time span, it left us with customs that today we have within reach, thanks to the great collection Linden Museum of the city of Stuttgart, Germany, under the name Incas, Kings of the Andes, which will last until March. The exhibition collects more than 250 objects of the heritage left by the Inca civilization, some exposed for the first time to the public, with an investment that exceeds a million Euros. There you can find, among other things, objects of great importance already revealed previously in Spain, as paintings of colonial reference assigned for the Museum of Anthropology of Madrid and permanent collection objects assigned for the Museum of America in Madrid; pieces of great value for which the exhibition is completely grateful.

The legacy the Incas left us does not go unnoticed and thanks to it we can today know more details about a culture that disappeared almost 500 years ago. It is fitting to point out that the majority of this heritage is of textile character. The clothing had great value; it provided an image of social status. The uncos were some shirts with great symbolism that had even more value than gold. 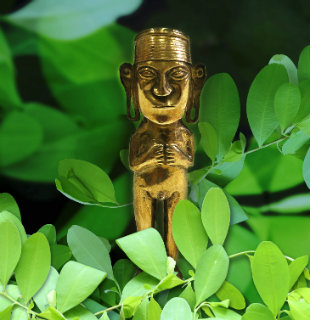 Surprising geometric forms used in the style of these garments represent a system of symbols in a form of language called Tocapu that makes the textiles have great resemblance to chess boards. It is believed that through them they could transmit messages. Especially interesting are some of the Inca customs. One of them is the Orejones, or the big eared. Of greater or lesser size, they are figures, the majority of gold, that represent the people of Inca nobility. They are called this because at the age of 16 a ritual was celebrated where their ears were pierced so they could wear earrings of large size, demonstrating their high social status.

Without doubt, something that stands out from any legacy that could leave the Inca civilization is its most representative work of art, the construction of Machu Picchu (Old Mountain in Quechua, Inca language). Raised to 450 meters in height below the reign of Pachacutec Inca IX, it remained hidden for more than 4 centuries due to the thick vegetation that kept it hidden. In 1911, Hiram Bingham, an American explorer, found out which currently is one of the seven wonders of the modern world, also declared Cultural Heritage by the UNESCO. Machu Pichu was built as a place of leisure for the rulers and their families, with its own water channel system, more than 150 buildings and a capacity of more than 750 people. One of the most amazing places that currently can be found.

Panoramic view of Machu Picchu; Cultural heritage of the UNESCO since 1983 and one of the 7 wonders of the world since 2007. Photo: C. wawra

One of the secrets yet to be discovered of ancient Peru is the Quipus. This is another Inca communication system that only dominated the Quipucamayoc, administrators of the empire. By using a main rope, and in the horizontal position, vertically they hung other secondary ropes which were formed by knots of various colors and sizes. It was a decimal system, so that the number of knots on a rope and their proximity to the main rope, as well as the size or the color mentioned, were important when reading the coded message. The Spanish knew of the possibility that the Quipus could transmit information indecipherable to them and they did not hesitate in assassinating the Quipucamayoc with more quickly than any other. Currently, it has not been possible to decipher the hidden language between the Quipus, but progress is expected in the near future. 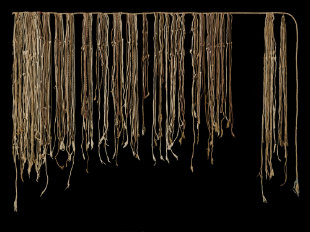 Example of Quipu exposed in the exhibition “Incas, Kings of the Andes”, in Stuttgart. Linden Museum Stuttgart, Photo: A. Dreyer

Another interesting tradition just as impressive of Inca Origin is the Capac Cocha. It was a ritual celebrated only on special occasions, when some ruler arrived to power or died. It consisted of the sacrifice of the most beautiful children of the Empire, between the ages of 6 and 10 years old, to maintain the eternal cycle of the world. The chosen child was honored in Cuzco through parades and celebrations in their name. Later, he or she would return to their place of origin and there would be proudly sacrificed in some sacred place that had a certain altitude. It was one of the greater honors they were able to offer. It is necessary to note that the chosen kids were stunned from having ingested wheat beer and coca leaves. Currently they have found buried bodies of children in good condition, examples of these rituals.

One of the reasons why the Incas became so powerful is the perfect logistics of combat used. Before attacking, they always warned their enemies so they could surrender. Besides, it was all the same whoever they faced, they always exceeded in number. It is because of that, the Inca Empire endured the presence of the Spanish for so many years, but like all the cultures of the New World, succumbing eventually before the arrival of those men that had crossed the Atlantic Ocean in search of the Indies and crossing with another continent in their adventure. At the peak of Spain and with Carlos I as emperor of the Holy Roman Germanic Empire, the Incas were exposed to the decisions of Francisco Pizarro, who put an end to almost 100 years of history the 26th of June in 1533, upon having executed the native leader Atahualpa. A history that continued its way, but with a different direction, and that is now considered by many one of the more powerful civilizations that existed.