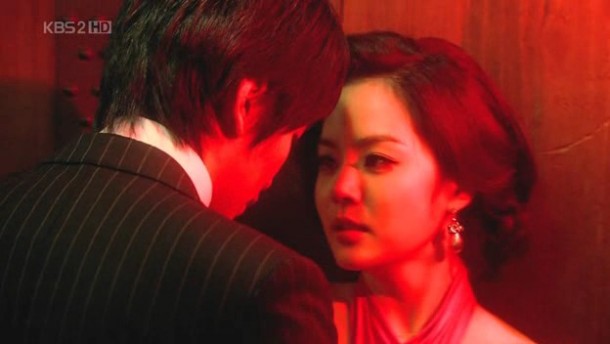 Those unfamiliar with such TV series may think they are only broadcast in Asian countries. Yet this is a Western prejudice; Korean TV series such as “Boys Before Flowers” are also broadcast in Spanish in countries like Peru, Mexico or Brazil.

Thanks to the Internet, these doramas are becoming more and more popular, outperforming the Latin American and European telenovelas. In Spain, the TV series “El secreto de Puente Viejo” attracted an audience share of 20%, according to data by Antena 3, one of the most popular private channels in the country. “Boys Before Flowers”, in turn, came in with an audience share of 35 % at the time of its first broadcasting in Korea, according to TNmS Media Korea. Add to this the audience shares of the Latin American countries, Japan, Taiwan or China and the merchandising sale (DVDs of the episodes, cuddly toys, soundtracks…).

In Japan, doramas are conventionally broadcast during three consecutive months throughout each of the seasons of the year. Moreover, specific TV channels specialize in certain genres; for example, while Fuji TV is well known for film noir-like dramas, TV Asahi focuses on history and crime genres.

Doramas are especially important in Korea. Along with K-Pop stars (closely related to doramas since they usually take part of them), this TV genre caused the spread of the “Korean Wave” or “Hallyu” all over the world, launching the country to pop fame. In fact, Korea’s very own government decided to fund the doramas initiative and export them to the rest of the world as an attest to their cultural (and economic) import.

There are several reasons why Korean doramas have become such a global entertainment business. One of them is that, especially in comparison to traditional telenovelas, they do not have any sexual content. Instead, more importance is placed on profound sentimental relationships. Doramas are based on complex storylines and original scripts that leave behind the superficial nature of telenovelas. The audience is forced to use its mind in order to unravel the mysterious plot lines. While romantic doramas exist, there are also those with a more historical theme.

Generally speaking, the series in question normally star professional actors. More recently, however, K-Pop stars have been assigned the leading roles, a fact met with severe criticism from entertainment directors from all over the Korea who claim that despite audience share increases, the quality of the projects is plummeting.

Eager to reclaim their cultural status, many Hallyu stars have started to act in a way that seeks to overturn such assertions. Micky Yoochun, member of the band JYJ, for example, won this year’s awards for most renowned Hallyu actor and best actorin one of the most popular series of 2012, “Rooftop Prince”.

Yet many international and Korean fans continue to believe that these series are too utopian; even the bad guys are good, getting a job is as easy as glancing at a job offer (they are abundant), and love is perfect and innocent.

Nevertheless, and despite all the criticism, doramas are still one of the best ways to get to know the Asian lifestyle, so much more than “Gangnam Style”, a song based on the rich district of South Korea’s capital city.

The growing popularity of doramas in Latin America lies in the deeply embedded telenovela tradition. In fact, many Latin American telenovelas, especially those from Mexica and Peru, have actually been funded by the Korean Embassy, keen to invest in dorama-like series.

It will not be long before doramas become popular in Europe. During the last few months, countries such as Hungary and Bulgaria have acquired the rights to “Love Rain”, a new Korean production. Potential viewers are already discussing this series on Antena 3 blogs.

Doramas are a global point of reference thanks to their exoticism, their characters and their well-prepared plots. But, above all, their short duration (about 20 episodes, as compared to the approximately 100 episodes of the Spanish telenovelas) makes these series more interesting. We hope they become popular in Spain soon.