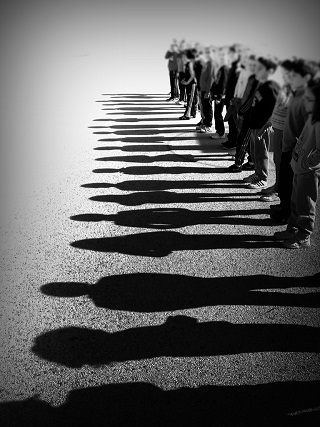 Is Your Name Really Your Destiny?

SOUTH AFRICA. “A kid’s name can tell us something about his parents — their race, social standing, even their politics,” Freakonomics authors Stephen J. Dubner and Steven D. Levitt wrote recently. “But is your name really your destiny?”

The award-winning journalists/economists started a debate on African American names, such as a girl named “Temptress,” who later on became extremely promiscuous.

Generally speaking, the path of pop culture in America and Europe can easily be traced by examining the fashionable names in a given year.

Besides movie actors, athletes or rock stars, family members are often an inspiration for baby names.

In South Africa, the situation isn’t much different: first names give a child his or her identity. Yet few outsiders ever come to know those meanings; they simply tend to think that African names are unnecessarily long, perhaps even a burden to their owners. Size doesn’t matter, however, and length isn’t the main consideration when choosing a name.

In the past, South African, or Xhosa, children were named after an event that had occurred, or was occurring, when the child was born. During a poverty-stricken year, a newborn might be named “Nontlupheko,” meaning “poverty.” In other cases, he or she might come to carry an attribute of the parent, such as “Nompendulo,” which means, “she likes to answer everything even if it does not include her.”

Today, these negative names are generally avoided. Instead, Xhosa names are sought to build character, shaping the person the child is supposed to become. I myself happen to have one with 12 letters: Ntombethemba. The written version, which carries the same meaning, is even longer: Ntombiyethemba, “Ntombi” meaning “girl,” “ye” being “the meaning of,” and “themba,” the word for “hope.”

My parents say I grew into it, endowing my family with hope and knowing that they could depend on me. I try my best to live up to their expectations, and so far, have not done anything to shed shame on my name, or those who gave it to me.

“Ntosh,” “Ntombrish,” “Ntombi” – the nicknames I have been given are many. I am not alone; most Xhosa children have nicknames. They get so used to them that after a while, only their parents call them by their full name. Short Xhosa names, such as “Zuko” (glory), exist, but 21st century African youths generally prefer to chat and write in English – it’s faster. And in the rat race of a developed society, isn’t that what we all want, speak English, talk fast, progress even faster?

I myself never get tired of spelling out my name. And whenever I do, I think of Nelson Mandela. We all vicariously stand outside the hospital and wait, but how many people actually know Mandela’s birth name, given to him by his father? “Rholihlahla,” meaning “pulling the branch of a tree.” Or “troublemaker,” in a colloquial context.

South African names carry the aspirations parents have for their children. Mandela didn’t disappoint; he (metaphorically) pulled the branches of the trees. As for the rest of us South African children with hopeful names, let’s go to the trouble of pronouncing the syllables, and make their meaning true.