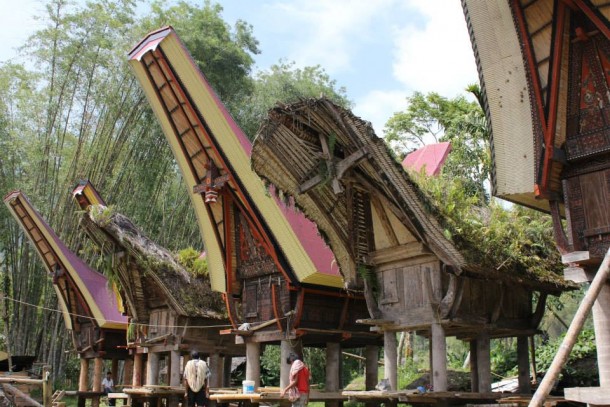 Wherever you are in the many islands that make up the country of Indonesia, an abundance of cultural sites and heritages are scattered throughout the islands. Ranging from grand temples and myths and legends, to lush tropical national parks, interesting traditional living that has been held since a long time ago, to islands and islands and islands and islands and more islands. There are always cheap choices to travel through the islands, yet this information could also be for those wanting to go to only specific areas of the country, and in addition, the food and accommodation, if chosen wisely, could be well fit into your budget if compared to most countries. Furthermore, some in the list may not be officially acknowledged by the government, yet are mostly recommended if you ask anyone.

Let us start with the most simple and mostly visited of all the cultural heritages. Located in Central Java, and can be reached if you are in the Yogyakarta area, is the Borobudur Temple. A grand Buddhist temple that is decorated with reliefs and stupas most related with much history dated back from the 8th to 9th century. The best time to go there is at sunrise, a somewhat mystical yet alluring sunrise on the top of the grand Buddhist temple.

Another temple not that far from the previous is Prambanan. A grand Hindu temple compound situated also in the same province as the Borobudur temple is said to be built as evidence of love from man of magic, Bandung Bondowoso to Princess Loro Jonggrang. For those interested in myths and traditional legends, it was said that Bandung Bondowoso had help in building 1000 temples in one night just to get the princess, yet apparently only 999 was made, until he changed the princess into the 1000th temple as the princess refused to acknowledge the previous.

This one is not yet acknowledged as an official world heritage, but it is most definitely one of Indonesia’s interesting cultural heritages that are not widely known. Tana Toraja is located in the island of Sulawesi, and can be reached by the big city of Makassar. The area is home to the Toraja ethnic group. What is most interesting are their traditional houses and the funeral and burial traditions that are still kept until this day. One example is how they put the tombs of the deceased in a cave, instead of burying it in the ground, and how they keep the deceased until they are able to afford the traditional funeral ceremonies.

Other than cultural ones, some natural ones wouldn’t be bad for anyone.

One could have planned a trip throughout the Java Island to Bali or Lombok, then to the islands between Sumbawa and Flores, where you’ll find a world renowned world heritage which is the Komodo National Park. Only one simple influencing reason why you should definitely go here, is that these animals, or the Komodo Dragon, are indigenous to the island and cannot be found anywhere else in the world. Not forgetting to mention that the islands near there hold a certain beauty one cannot miss. You could opt for a tour around the island to see the lizards in their natural habitat and guided by experienced rangers.

Another natural gem situated in the most Eastern part of Indonesia is Raja Ampat. Yet, a trip through the islands of Raja Ampat does not come that cheap, unlike the other attractions in Indonesia. It is famous for its beautiful panoramic birds eye views of small hills and islands, great beaches, perfect blue waters, and its vast marine biodiversity that is most welcome for divers from all over the world.

There are many more from where that came from, but these recommendations would give you a big picture on what the country is home to.