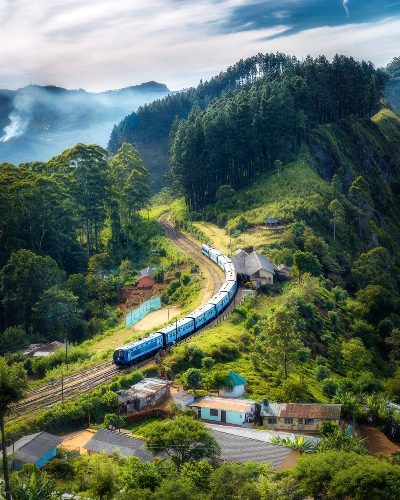 Going interrailing is one of the most exciting trips a person can plan, I was googling and flicking through guide books for months before I actually set off. With packing lists, routes and sights to see, things can easily slip through the cracks, things that will suddenly sneak up on you once you’ve started your trip. Now, its inevitable that slip ups will happen, these things happen, and in the end they become some of the best stories you tell to your friends at home. But there are a few things to make sure you do that will make your trip plain sailing and stress free.

This first one isn’t for everyone. There is a certain freedom that comes with not booking your hostels, leaving you to decide where to go, when and for how long. If seeing where the wind takes you feels a bit too unstructured however, it’s a good idea to book your hostels in advance. This not only gives you a better of idea of how to plan your trains–particularly important if you’re traveling in countries which require reservations before travel, such as Italy–but also means that you wont be left wandering around an unfamiliar city trying to find a hostel that doesn’t say ‘no vacancies’ on the door. You should also consider that, depending on which pass you get, you are restricted in how many days you can travel. My pass allowed me 10 days of travel, and therefore having my hostels booked meant I knew where I was going and which were my travel days.

When I visited Berlin, unbeknown to us, it was the city’s Pride, meaning that many people both from Germany and abroad had headed to the city to celebrate, and therefore our hostel and many others were fully booked. Booking in advance avoids these disappointments, and leaves you with more time to dump those obscenely heavy backpacks (they always get heavier, no matter how light you travel) and go and explore the city.

Have a back-up train

If you have to change trains, it’s a good idea to have a contingency plan for if things go wrong, because it’s likely that at some point they will. Trains are delayed, cancelled, crowded, it’s a natural part of interrailing. While this is nothing to stress about, it’s a good idea to have a plan for if this happens, especially if there are a lot of changed involved in getting to your destination. On a journey from Amsterdam to Paris, we had 5 changes to make, and on the third one the train terminated early leaving us in a rural French station with no idea which bus or train to catch. Luckily, we found an alternative route to Paris, but things would have definitely gone far more smoothly if we’d have had a back-up plan for those possible disasters. Although our new train to Paris required a reservation, so always check before hopping on an alternative route to avoid a nasty fee.

You don’t need as much as you think you do

Make the most of what you have. That’s probably the best advice you can receive before you go interrailing. While that extra pair of shoes sounds good now, they will not a few weeks in when your aching shoulders have to carry them at full speed across a station to catch your next train. The majority of hostels have washing facilities that you can use for a couple of euros. Or if they don’t, a good investment is some travel washing liquid, which means you can emergency sink wash whatever you need, leave it to dry while you head out for the day, and they’re fresh and dry in a few hours. And a lot of things that you need can be picked up along the way, so if you forget or run out of something, it doesn’t matter. It’s easy to pop into a supermarket for another bottle of deodorant or shower gel, or an item of clothing you didn’t think you’d need. We bought a pair of jeans in Rome so we had something other than shorts to wear in the Vatican, but it meant that we weren’t dragging heavy items of clothes around for the entire trip. A few versatile items of clothes, t-shirts and shorts, and some good walking shoes will take you a long way. Throw in some longer items that cover shoulders and knees if you want to enter any churches, and a swimming costume and some flip flops and you’re set. That leaves plenty of room for all the amazing souvenirs you pick up along the way too!

Get a travel money card

If you’re heading away for a significant amount of time, you’ll need a substantial amount of money. The last thing you want is to be carrying that around in cash. That brings with it a whole host of problems, from carrying it on your person and risking it being lost or stolen, or leaving it in shared hostel rooms if there’s no locker, it’s an issue that you don’t want to have to deal with on your trip. I used a Monzo card on my trip, which is a bank that allows you to use it in whichever country you visit without any exchange rates, and allows you to withdraw £200 per month without any fees (correct as of July 2019), as well as keeping track of what you’re spending. It’s also a good idea to get your hands on a travel card if you’re visiting countries which don’t use the Euro, such as Hungary or the Czech Republic, which means that you’re not left with several different currencies in your pocket.

Staff members in hostels and hotels, or even bars and restaurants are usually more than happy to impart their local wisdom upon you, so don’t be afraid to ask. Some of the best things I did on my trip came from conversations I had with locals. Berlin’s huge flea market, Mauerpark, which takes place on a Sunday was a huge recommendation from our hostel, and was filled with yummy food, unique antique pieces and funky art work. Our friendly staff members in Ljubljana also lead us to the outdoor film festival that was happening at the Ljubljana Castle and meant we got to watch a film under the Slovenian stars. There’s nothing better than taking a break from the top tourist attractions and finding something perfect for you.