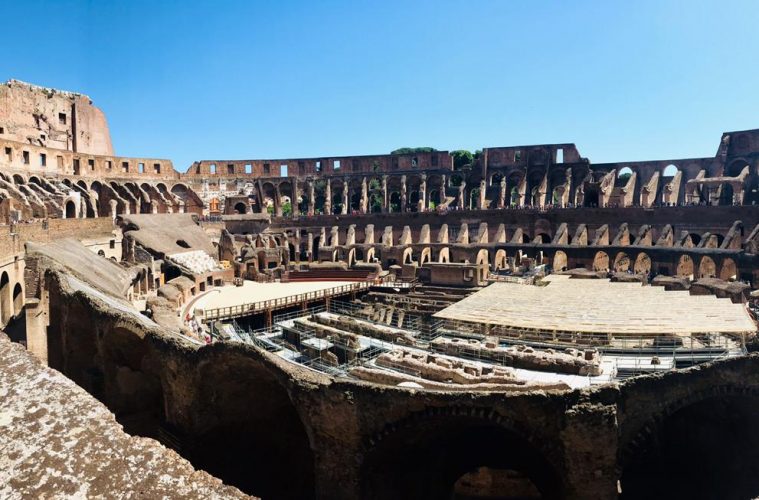 A tour across Europe is incomplete if one has not been to Italy. After spending about a week in Paris and Barcelona, my next destination was Rome, a beautiful city rich in
history and fashion. Rome, the capital of Italy, is one of the most vibrant cities I have ever been to. One of the main reasons for this is because the ease with which the cosmopolitan life has infused with the art and architecture of the city. And as someone who had seen Gladiator in childhood, visiting Rome was a dream come true for me.
a) 10 AM—Fonata dei Quattro Fiumi (Piazza Navona): After checking in the students hostel, the local exploration led me to stunning alleyways and cobbled roads under the burning Mediterranean sun. My first destination was Pizza Navona, where I visited the Fontana dei Quattro Fiumi or also known as Fountain of the Four Rivers. The marvelous creation of Gian Lorenzo Bernini, it is a representation of the
four major rivers of the world: the Nile of Africa, the Danube of Europe, the Ganges of Asia and River Plate of the Americas. The attention to detail on every sculpture was simply astonishing. Around the fountain, are various small eateries, where all tourists enjoyed local Italian cuisine. 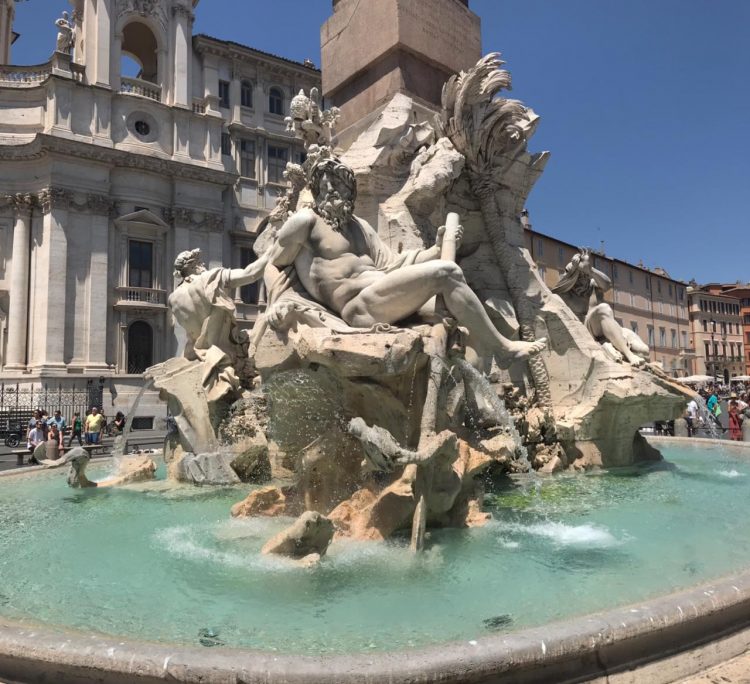 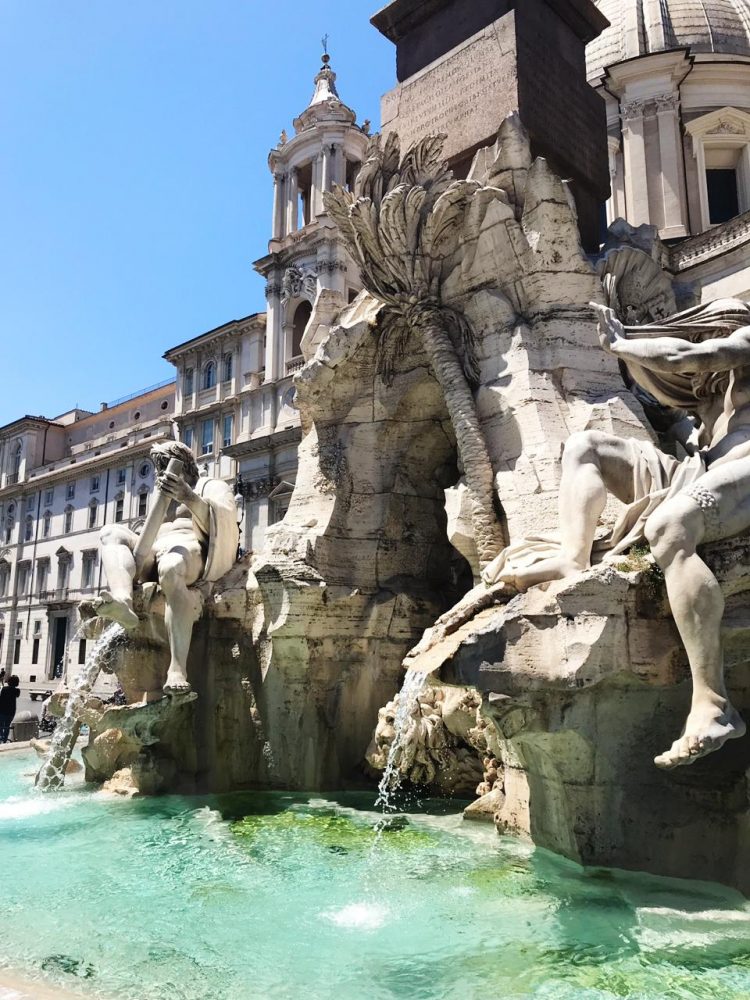 b) 10:30 AM—Sant’Agnese: Facing the Piazza Navona just next to the Fontana dei Quattro Fiumi
lies the 17th century church called Sant’Agnese. The interiors of the church are jaw dropping. To stand under the roof of the church, and gaze onto every minuscule detail was intimidating to be honest. One can only imagine the difficulty the painters might have faced to breathe life into every painting and sculpture on the church. 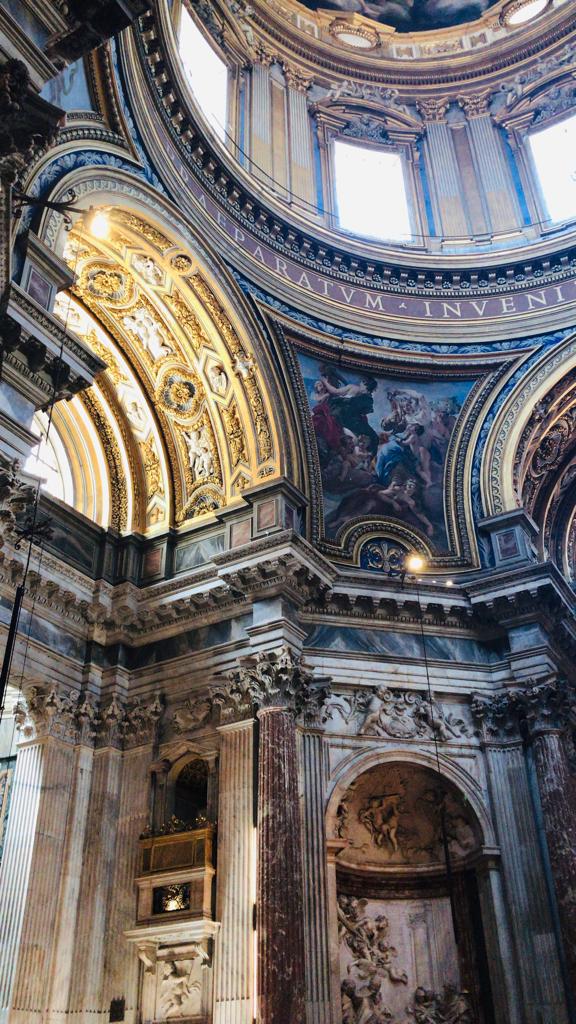 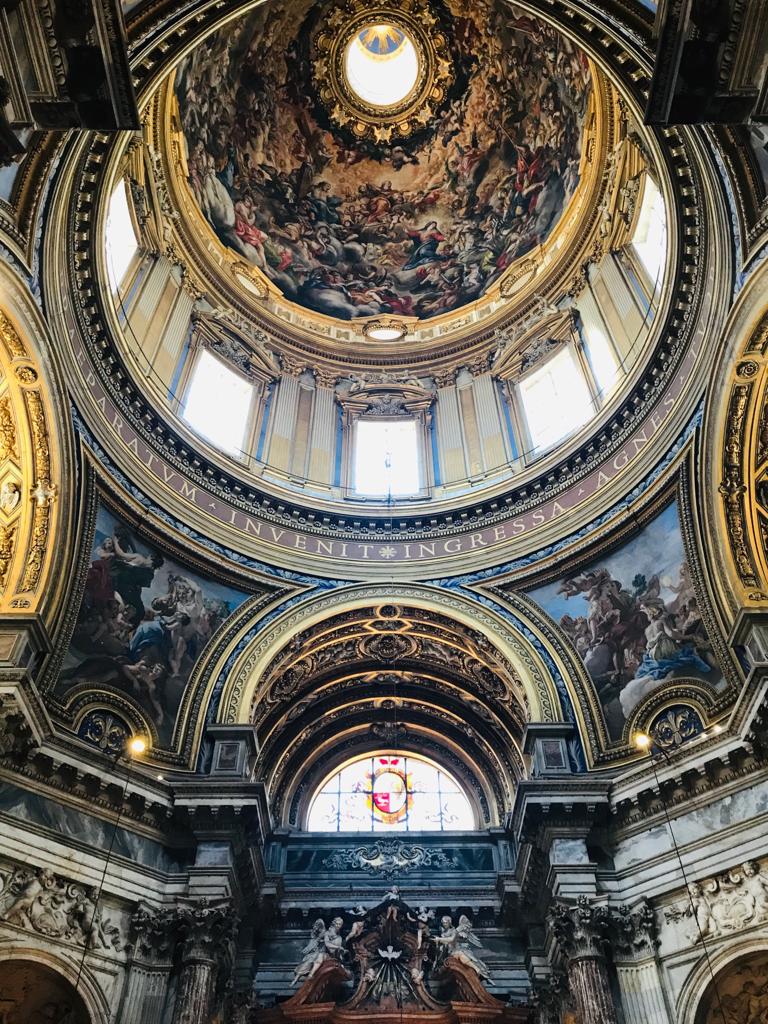 c) 11 AM—Pantheon and Exploring Rome: After visiting the Sant’Agnese, I decided to head to the Pantheon to witness one of the best preserved ancient Roman buildings. The Pantheon was built as an honor to all the gods. The current age of the Pantheon is unknown, making the mystery of this monument even more interesting. As I walked down the streets, I witnessed even more local Italian restaurants serving traditional Pasta and the famous Italian beer, Peroni. 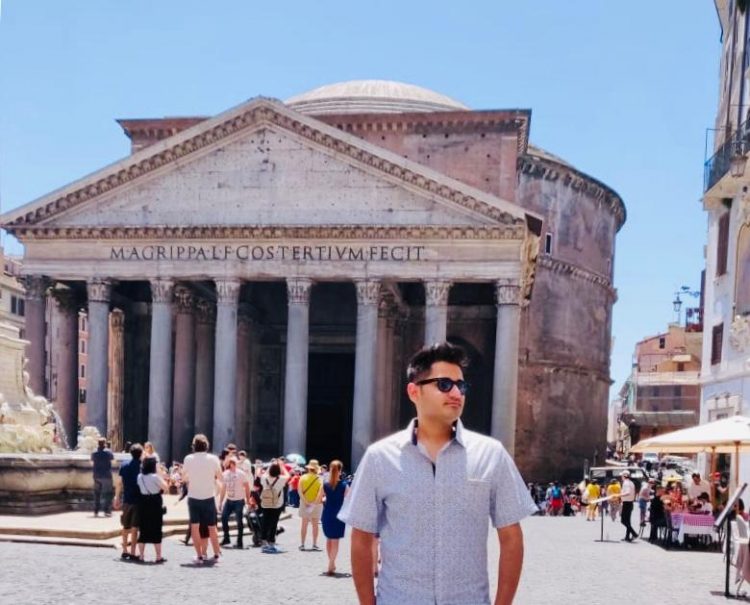 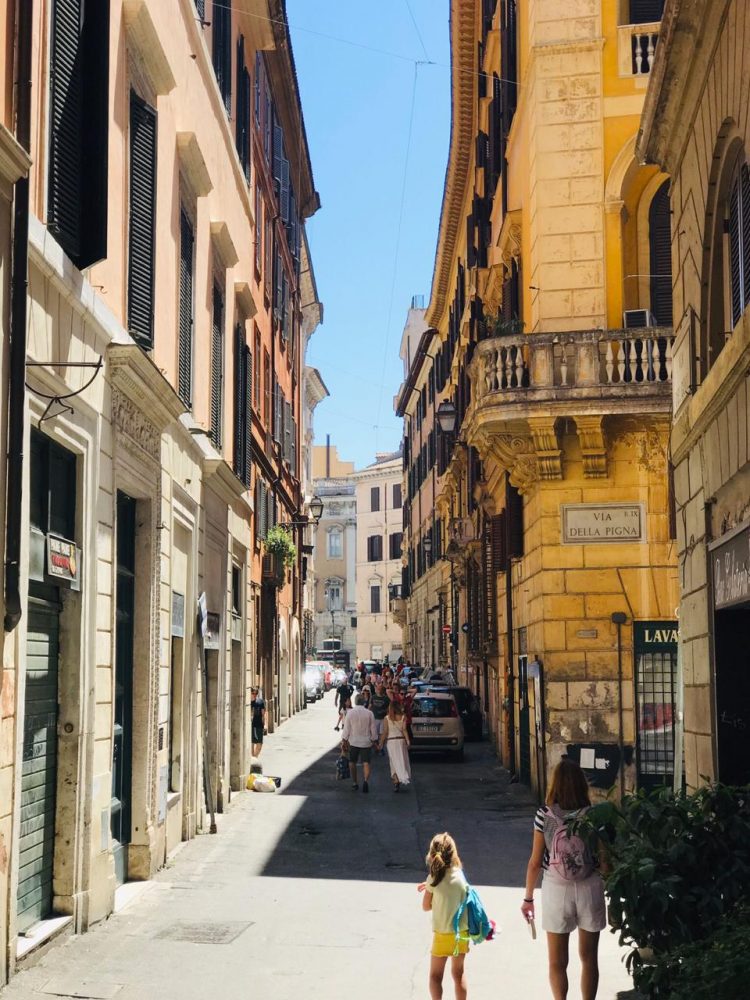 c) 1PM—Colosseum: The main reason why me, and for that matter millions of tourists visit Rome. The grand Colosseum. As we all might have witnessed in the movie Gladiator, the Colosseum is the largest amphitheater in the world. The primary purpose of building a colosseum was to host gladiator combats and animal fights, where close to 50,000 people could witness it! To witness a monument this big, in all its glory, was truly a remarkable experience for me. 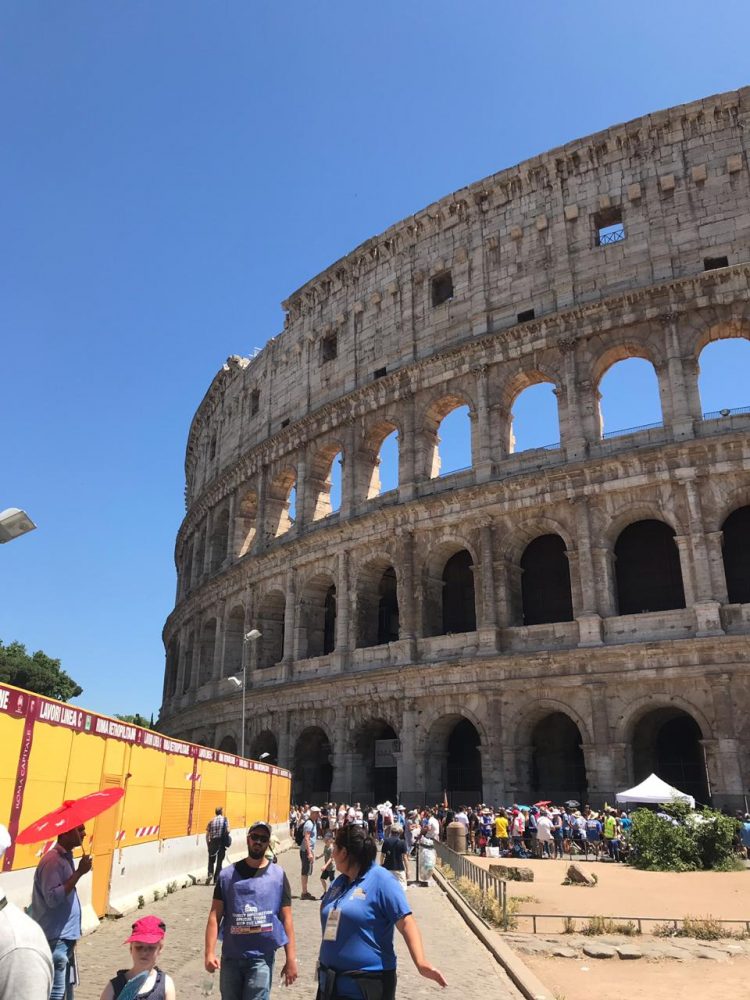 d) 2 PM—Italian Lunch: I had the pleasure of having a spaghetti with four different types of cheese and the classic Italian beer Peroni. Having traditional Italian cuisine was a surreal experience, and I highly recommend this combo! 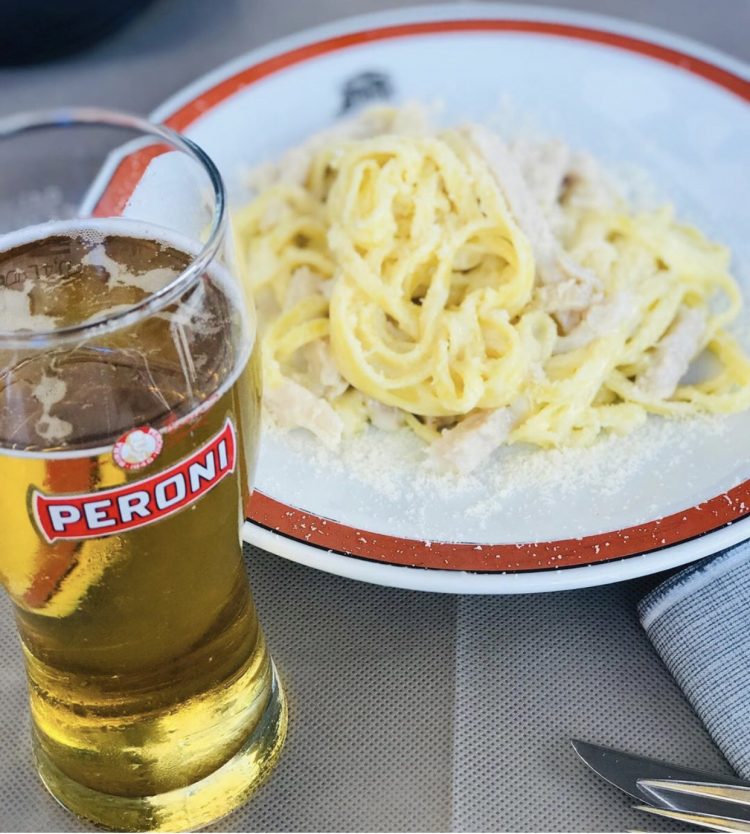 e) 3 PM—Altare della Patria: The monument between Piazza Venezia and Capitoline Hill is called the Altare della Patria, also known as Vittorio Emanuele II Monument. It was built in honor of Victor Emmanuel II, the first king of unified Italy. An interesting fact, the monument is currently managed by the Italian Ministry of Defence. The two guards shown in the picture take turns in standing outside the marvelous monument. 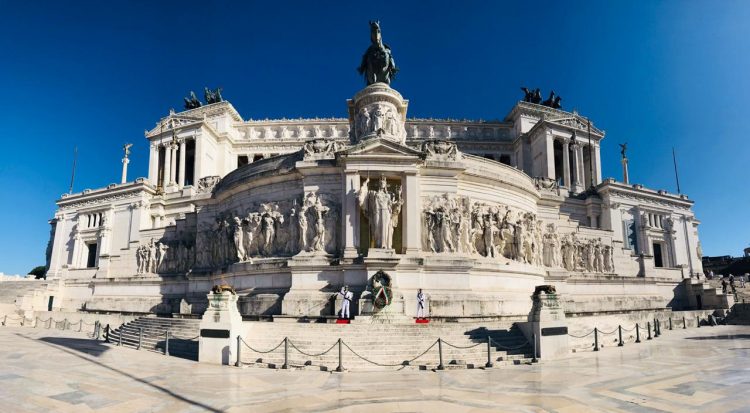 Altar of the Fatherland | Ameya Godse

f) 5 PM—Trevi Fountain: Often touted as one of the most famous fountains in the world, the Trevi Fountain was designed by Nicola Salvi in 1762. As you might have also read, if a coin is tossed using the right hand over the left shoulder, the wish you asked for would come true! I did wish for my next adventures to come as soon as possible. 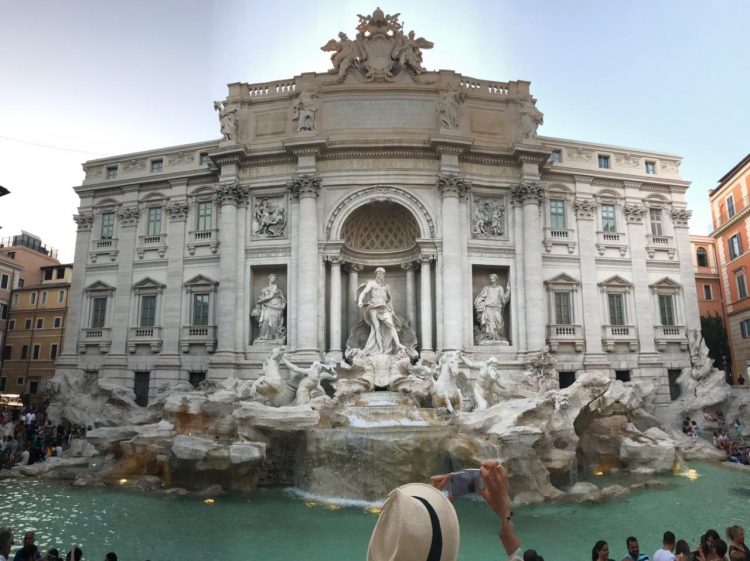 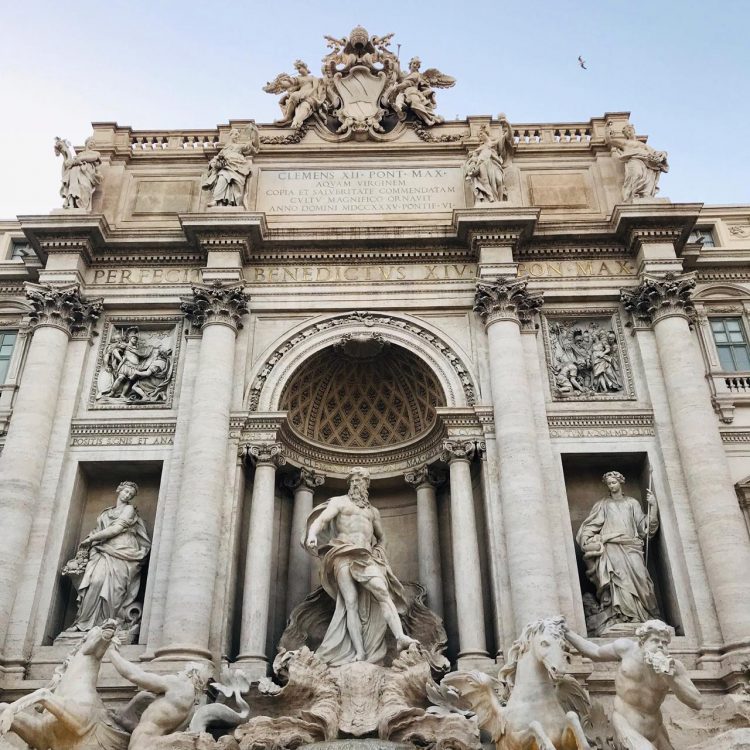 If my travels to Rome have taught me a thing or two, it is definitely that art and architecture is an unspoken language which has transcended through centuries. The irony is that this language is often based on personal interpretation, or what lies in the mind of the observer at that instant. But without a doubt, the sheer brilliance with which architects have crafted these structures is incomprehensible. Travel often teaches us how large the world is, how perfect it is, and how monuments often stand the true test of time.