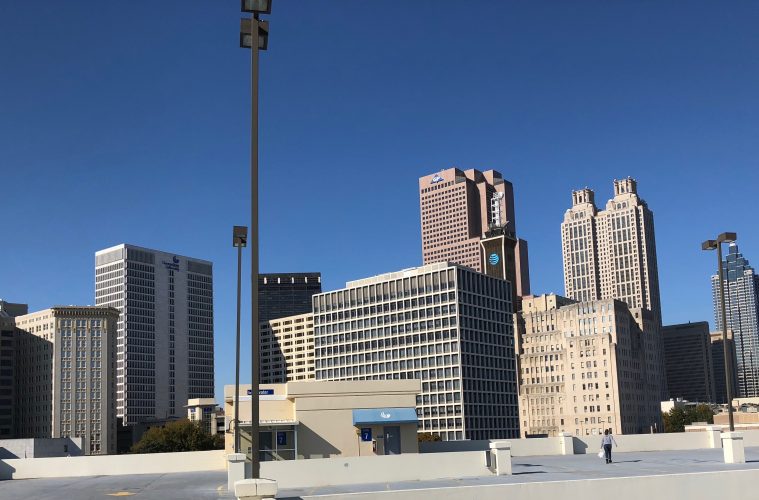 Welcome to the South: A Food Tour of Atlanta, Georgia

The southern United States are known for American comfort food, but the city of Atlanta, Georgia, has more to offer than fried chicken. Many visitors don’t know about the vibrant Latin restaurants scattered throughout the city or the pockets of restaurants from places like Malaysia, Vietnam, and more. With so much to offer, it’s almost impossible to choose a place to eat without a little help. The task proves even more difficult from a visitor’s point of view. A word of advice: don’t try every place with a positive Yelp review. There needs to be serious decisions made about where you’re going to eat, so let this guide to Atlanta’s restaurant scene take you where you want to go.

Some of the tastiest restaurants in Atlanta are the best-kept secrets of their neighborhood, like Ah-Ma’s Taiwanese Kitchen in Midtown or Buenos Días Cafe near Georgia State University. If you don’t live near these gems, you’re likely to miss them, but what a shame that would be! Other restaurants are so popular that they’re part of the local vocabulary. For instance, the Atlanta staple, Mary Mac’s, is often used as a landmark to help give directions. Ponce City Market, home to some of the best Atlanta restaurants, is a go-to spot for residents and visitors alike. In the city and out, there are plenty of wonderful places to eat, but it’s easiest to start in one place. 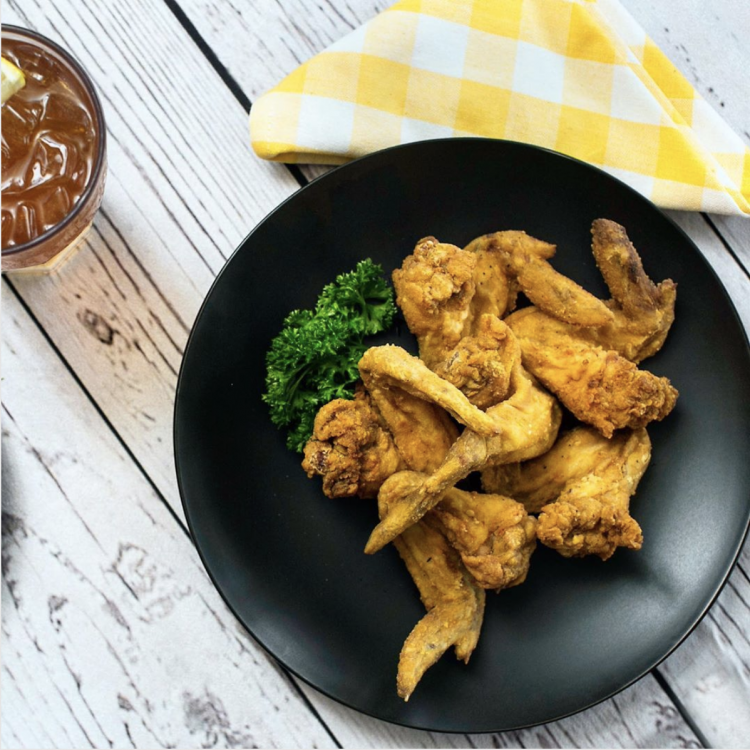 Downtown Atlanta is where some of the oldest restaurants in the city can be found. It’s also home to some of the newest, quickly squeezing in as older establishments are stepping out. Busy Bee is one of those old classics with an ideal look at what typical southern cuisine has to offer. Opened in 1947, Busy Bee has always been a staple for soul food lovers. It’s menu is moderately expensive, but the quality of the food more than makes up for its price. For a meal steeped in Atlanta history and served with a side of fresh veggies, Busy Bee is the place to be. 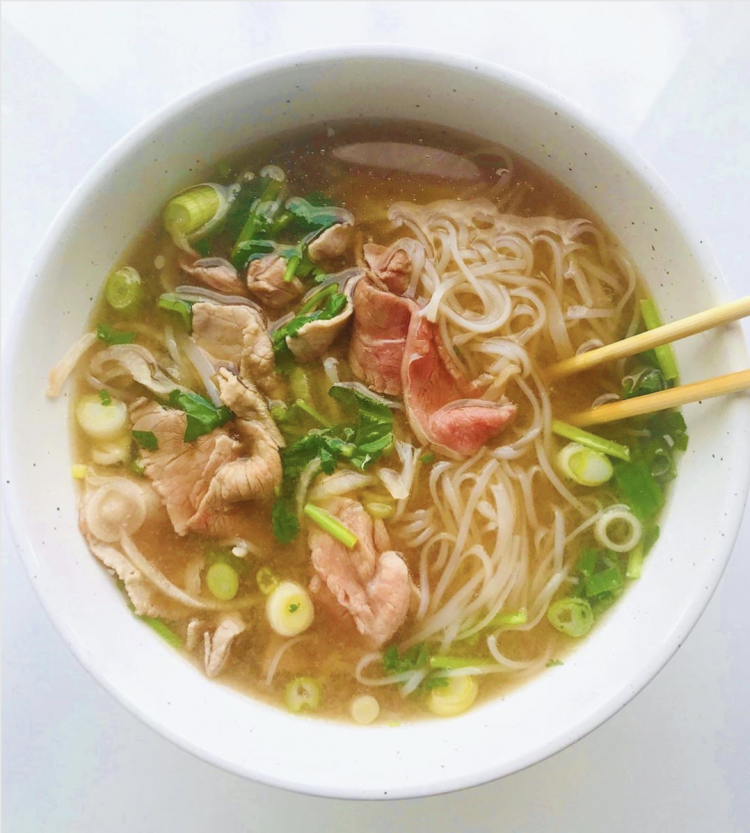 Other downtown delicacies include Dua, the almost-underground Vietnamese noodle shop nestled among other restaurants popular with the college crowd. Whether it’s chicken pho or tofu banh mi, nothing on their menu will disappoint. The belowground dining room makes the restaurant feel like your own little secret, despite the long line you probably endured to place your order. All of the waiting is worth it, and the convenient location of Boba Mocha, a tea shop attached to the back of Dua, provides plenty of space to wait for the delicious noodles. 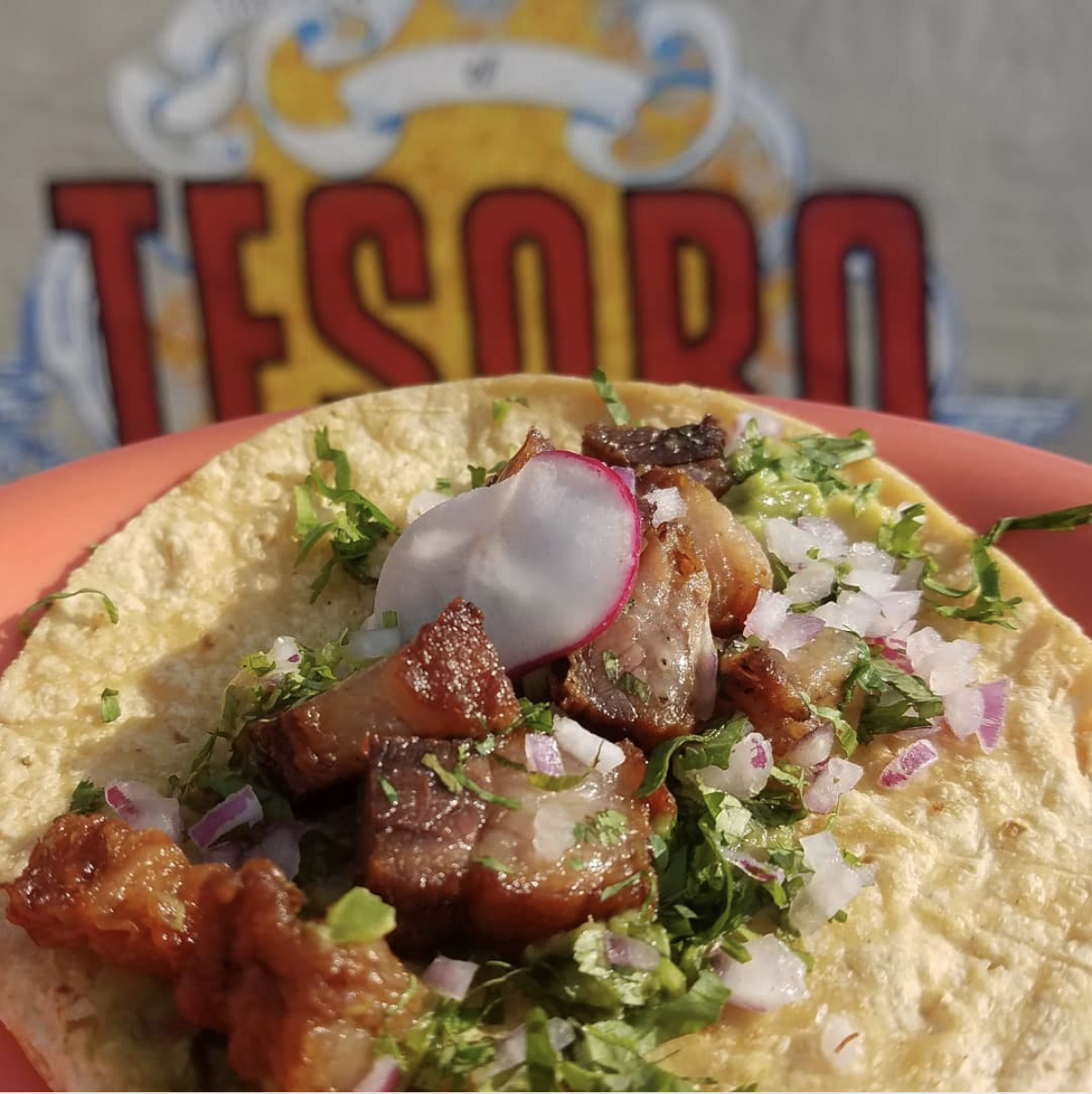 If noodles aren’t to your taste, El Tesoro is one of many Latin restaurants that transports customers out of the country with just a plate of food. Homestyle meals and a comfortable setting gives off vibes of eating with family, no matter who’s seated across from you. Their food stays true to their name, making El Tesoro one of Atlanta’s treasures. 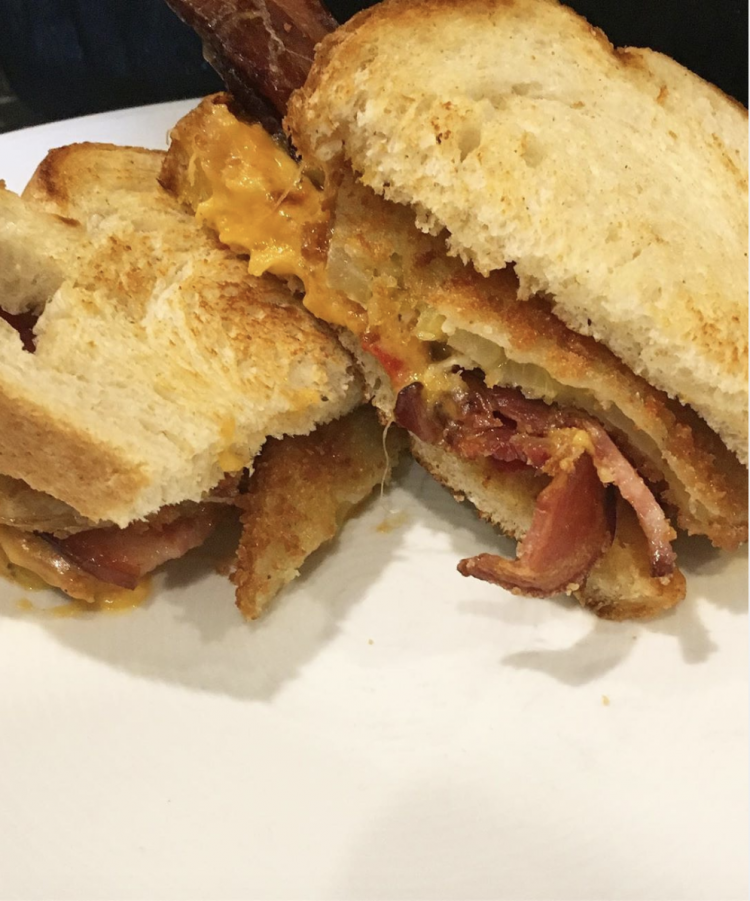 Moving up through the city brings Italian, Thai and Cuban cuisine, along with some American joints, such as Joy Cafe. Located in Midtown, Joy Cafe is a delicious sandwich spot, serving food from the morning to the afternoon. Grilled cheese, wraps and warm sandwiches are what’s for lunch, but the brunch menu is drool-worthy with its French toast and waffles. A similar stop in Midtown, called R. Thomas, is the perfect place for a delectable omelette or a juicy burger fresh from the grill.

Speaking of sandwiches, Midtown also has the Crazy Cuban with its island-inspired menu and easily substituted items for those who don’t eat pork or gluten. The quintessential Cuban sandwich is the focal point of the menu, but there’s other Cuban favorites like empanadas and ropa vieja (beef stew that happens to be a national dish of Cuba). But if that doesn’t appeal to you, maybe there’s another island that will. 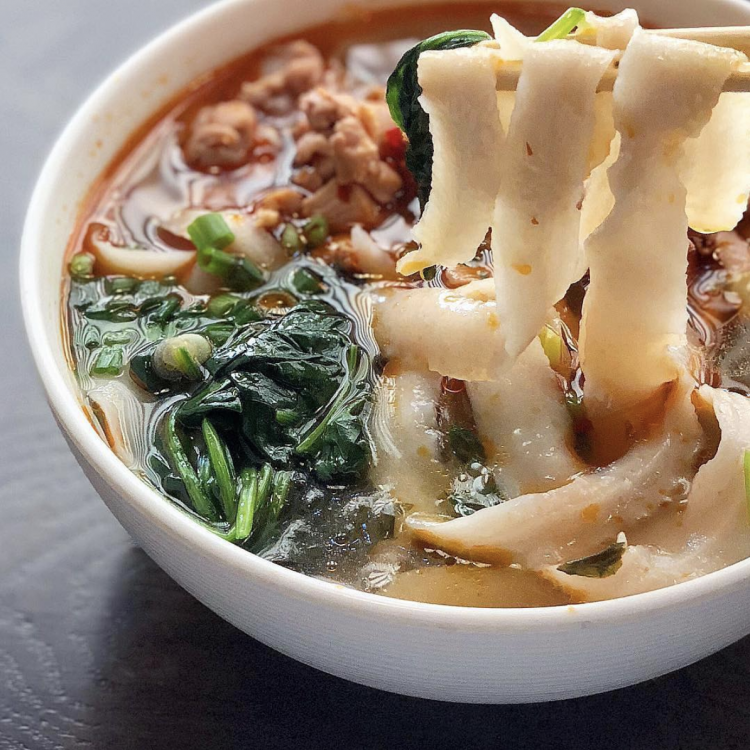 Alright so Thailand isn’t an island, but Thaicoon in Midtown splits its menu between Japanese and Thai cuisines, so there’s another island represented in the food of the city. Customers can choose from plates of fresh-rolled sushi or impressive amounts of curry kept warm by a flame beneath the bowl that it’s served in. If a two-in-one Thai and Japanese joint isn’t enough for you, try Surin of Thailand just a few minutes away, or for a longer drive, LanZhou Ramen on Buford Highway for handmade noodles and dim sum.

Before moving further into the city, the plethora of Italian restaurants must be addressed. Whether it’s Sotto Sotto downtown, Davinci’s in Midtown or Nina and Rafi’s in between, there’s no shortage of pastas and pizza pies to dig into. 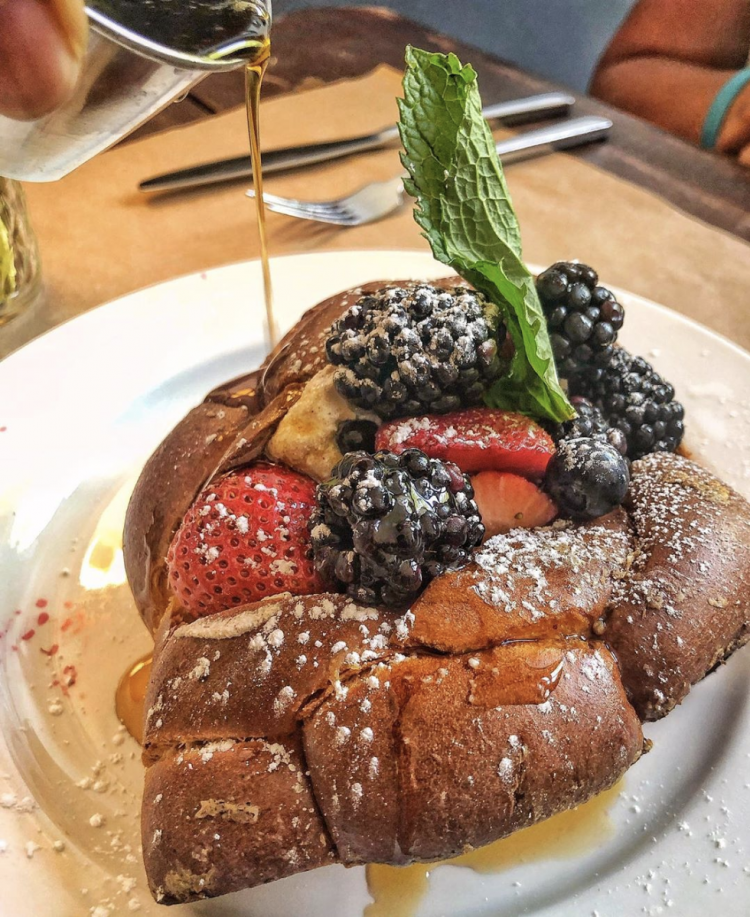 A little more uptown than the other choices, there’s places like Sun in My Belly, offering anything under the sun that can be eaten for brunch. For a more unique setting, there’s Desta Ethiopian Kitchen that surprises patrons with the tree growing in the middle of the restaurant. Desta isn’t the only Ethiopian stop on the block—it’s one of three, actually. But those in the know all agree that Desta is the most unforgettable option. 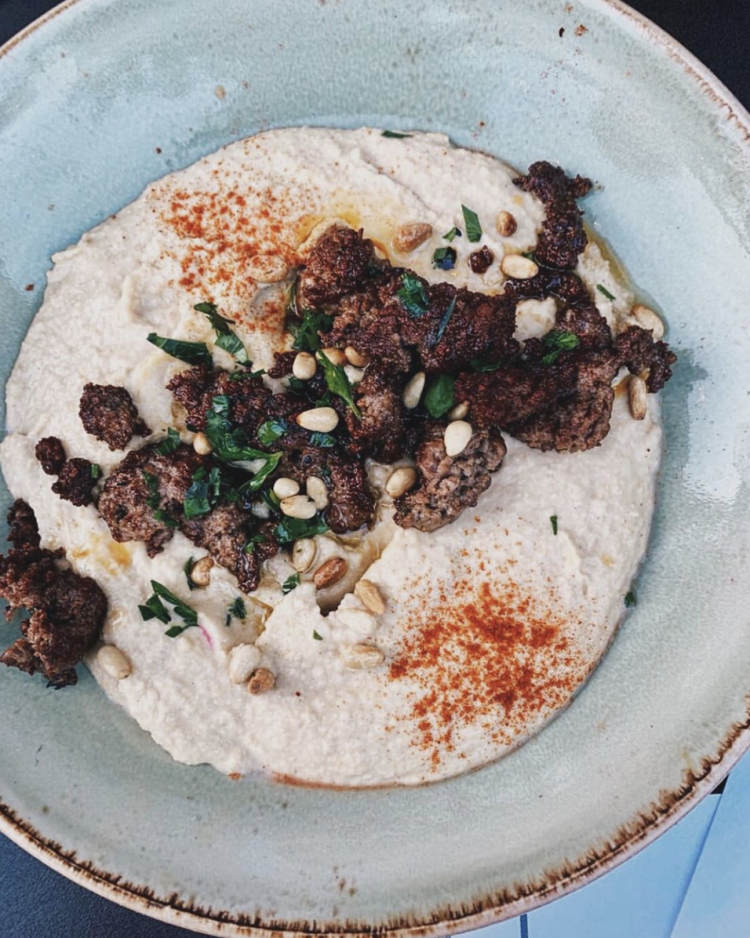 Finally, if nothing on this list caught your fancy, it’s not too hard to travel outside the city for a good bite to eat. Buford Highway is home to countless restaurants, one of which is Mamak, where they specialize in Malaysian street food. There’s also Taqueria La Oaxaqueña in Jonesboro; its unofficial title as the best Mexican restaurant outside Atlanta is a draw for visitors and residents of the city alike. Then there’s Rumi’s in Sandy Springs, a Persian paradise that once again makes customers feel at home.

There’s a trend of restaurants here that give off a warm, homey feeling, and that’s a testament to the city they’re in. Just because Atlanta is home to many different cultures, that doesn’t mean the welcoming arms of southern hospitality are thrown out the door. It’s hard to find a spot in the city that doesn’t make you feel welcome, whether you’re a full time Atlantan or you’re visiting for a day. Stop by any restaurant, cafe or kitchen, and you’re sure to be welcomed by a city that loves all.