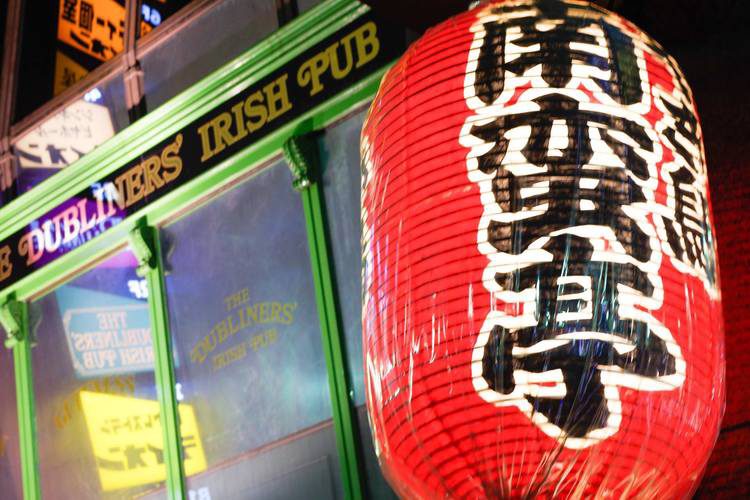 The first time I felt it – the difference – I was around thirteen years old. It was the sounds their words made, the lightness of their skin, and perhaps, most distancing, their numbers. Due to my mother’s work, my father and I moved to Dublin, Ireland. I still remember getting on my first Dublin bus, this yellow double decker that was widely different from the jeep my grandfather drove back home. The entire experience was exhilarating, from sitting in the front seat on the second floor of the bus, to the European architecture, and the cold winter breeze – so unlike the blazing heat and the thunderous rain storms of the Philippines. The entire world stood accused: You never told me the world was this huge.

The first time I realized the world could be so small came not long after we moved to Dublin. It was clutching my mother’s hem as we went through Tesco, afraid of the people speaking a language I had yet to understand. It was standing at the back of the line at school, and seeing all the other children, white, happy, and understood. It was realizing that I was in a planet of my own, isolated and misunderstood. It was playing with this Irish girl hours after class ended, even as we barely understood each other – our parents were always late. The world could be so small – separated by barriers of language, culture, and skin colour.

Could. A verb, the past tense for Can. In time, I learned that with just the right amount of motivation and work, I could stretch it – my world. Fast forward ten years, and that Irish girl whose mom was always late, is now one of my closest friend, reunited seven years ago, after I returned from the Philippines for good.

Prior to travelling to Tokyo, Japan to study abroad for a year my appreciation for differences in culture lay mostly on just that – the differences. How the Irish ate potatoes, while the Asians ate rice and noodles. How individuality was prized by the west, while the east placed incredible value on family and tradition. The aspects that presented such visible and undeniable contrasts. From the clothing worn – women generally more conservative in Japan, traditional clothing in South India, as opposed to the western fashion of Ireland and the Philippines.

In Ireland, as in most western countries that I’ve been to, slurping soup from a bowl and burping is a ‘no’ so big that by the time children reach puberty, they too, frown upon the audacity of the slurpers and the burpers. Fast forward a couple of years, and you’ll find a twenty-year-old version of me, holding a bowl of noodles to her lips, indulgently slurping, said bowl nearly covering my entire face.

The audacity, right? Well, not really. Because if you were there, you would’ve heard the man behind the counter, laughter playing on his lips, as he asks, “Delicious, right?” As I’m sure you’ve gathered, I was not in Ireland, or any of the western countries that I’ve been to. Nope, I was in Japan. And there, burping and slurping is perceived as complimentary to the chef. It’s such a small thing, and yet, not quite.

Similarly, in the Philippines and India, as in Japan, the notion of respect for your elders, or really anyone above you is so entrenched to the culture that there exist words, and modifications of words to convey such respect. Less contextual like English, and more like a given, the constant in a formula. Again, it’s such a small thing, and yet, not quite.

It’s a wonder really, these small little nuances that reflect differences on how people see the world, these stories that people tell themselves about how the world works, and how it does not, and how it should. It’s looking at a child burping after dinner. A cheeky smile on his face, as he pats his tummy, contemplating if you should give out because burping is inappropriate. Or just be glad your little story about veggies making you taller worked so well, it’s the first time in almost two weeks that he finished his dinner.

It’s such a small thing, and yet not quite.

Studying at arguably the most international university in Tokyo, with students from all over the world, with different backgrounds, ethnically, culturally, academically – you realize that the size of your world is not an accurate representation of the its actual size. It is the bridges you see, the bridges you make, and the bridges you cross that dictates whether the Sari someone is wearing, the sushi someone is eating, or perhaps the incomprehensible language someone is speaking is a gap worth bridging with the verb Can. After all, you very well could.