Article II, Section 1 of The Constitution of the United States of America; which is superseded by the 12th Amendment reads;

“Each State shall appoint, in such Manner as the Legislature thereof may direct, a Number of Electors, equal to the whole Number of Senators and Representatives to which the State may be entitled in the Congress; but no Senator or Representative, or Person holding an Office of Trust or Profit under the United States, shall be appointed an Elector”

The 2016 Presidential Election fell short of honoring the Importance of preserving the state parties passed down to the Electors and executed by the Electoral College who then votes for the President and the Vice President of the United State of America.

To be clear, the Red’s did not win solely because of the choices made by the Electors whom choose to vote against their state (Washington State, Hawaii, Texas[1]). It just means the Republican Party was able to capitalize on the Bernie or Bust movement. 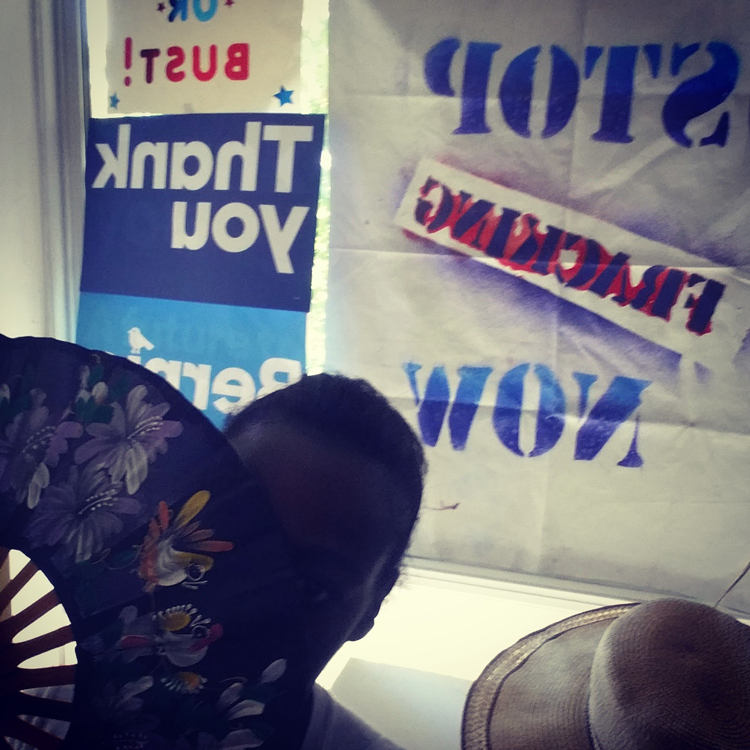 And as I searched for online to find out more about campaign strategy, I came across a Tweet from President Donald Trump; “Presidential Approval numbers are very good-strong economy, military and just about everything else. Better numbers than Obama at this point, by far. We are winning on just about every front and for that reason there will not be a Blue Wave, but there might be a Red Wave!’[2]”

“In a collaboration with Political Scientist Jacob Smith, Ballotpedia analyzed election data from 1918 to 2016 and defined wave elections as the 20 percent of elections in that period where the President’s party lost the most seats. For the U.S. Senate, this means that Republicans need to lose seven seats for 2018 to qualify historically as a wave election.”[3]

The Democratic National Committee announced they would target 50 million voters with the launch of their IWillVote campaign which includes four initiatives: Commit to Vote; Voter Registration; Voter Education and Protection; and GOTV or Get-Out-The-Vote[4].

The new wave of voter education and engagement seems directly geared towards a population that spends their time finding the news online including just about everything there is to know about elections. The wave of the internet makes me ponder the thoughts of a campaign manager before the internet ever existed.

In a cyber dominated world where the populations especially in the United States relies on the internet for mostly anything, including the use of technology at election time, and without the absoluteness of a secured firewall, the real strategy being; the strategy of protecting the data of the American voters. I leave you with this quote;

“Good afternoon. Today a grand jury in the District of Columbia returned an indictment presented by the special counsel’s office. The indictment charges 12 Russian military officers by name for conspiring to interfere with the 2016 presidential election. Eleven of the defendants are charged with conspiring to hack into computers, steal documents, and release those documents with the intent to interfere in the election.” [5]

[5] Transcripts from Deputy Attorney General Rod Rosenstein as he announced indictments against 12 Russian intelligence officials in connection with the hacking of the Democratic National Committee and Hillary Clinton’s 2016 presidential campaign.