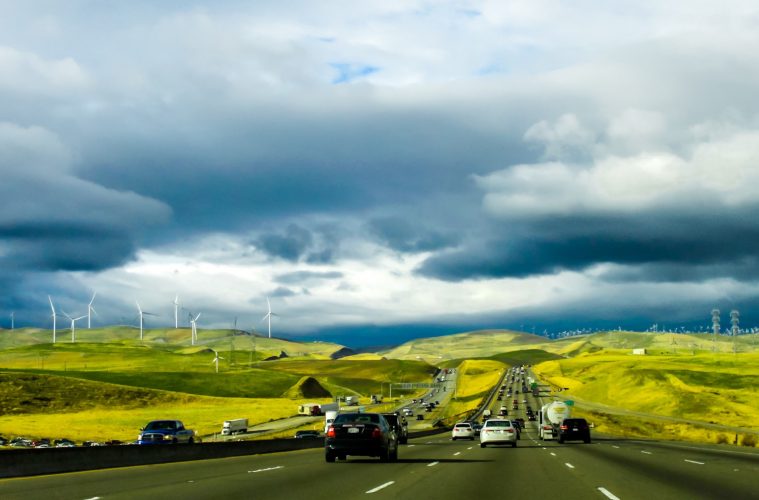 The Future of Energy: Is the Green Lobby Turning Gray?

Thousands of young students worldwide left their schools in the last months to march for the climate. These youth protests are against the politicians who do not take the necessary measures to save the planet from global warming. It is a revival and popularization of the ecological concerns that arose in the beginning of the 2000s. The movement has this novelty of being led by a young personality: Greta Thunberg. The 15-year-old became renowned for her mind-challenging speech in the front of UN delegates in December 2018. But environmental organizations have done the same since the second half of the 20th century. These green NGOs propose alternatives to the current production of energy and consumption choices.

Former president Bill Clinton’s vice president, Al Gore, produced the striking movie “An Inconvenient Truth” in 2006. It was about impact of climate change, at an alarming pace, on the earth due to human activities. The political world already had its personalities fighting for ecological awareness with the green parties. Green parties progressively gained power within the national governments and entered coalitions in Western Europe.

The financial crisis in 2007 swept environmental awareness under the rug. Families had to care more about sustaining decent economic conditions than investing in greener technologies. Have the green parties really  kept the green line on top of their program considering the economic priority of many citizens?

The first political activism for sustainability and ecological concerns come from big NGOs like Greenpeace and WWF, founded nearly 60 years ago. Their ideas and alternatives became more and more listened-to. They now have an agenda-setting power on politicians, and their ideas are widespread across the population. Environmental NGOs’ campaigns and advice framed the ecological beliefs of people willing to change their lifestyle. But are they greener?

Lobbying is a generic word for the power of money

It is true that the fossil energy lobbies are investing a lot in lobbying activities towards politicians and in marketing. It is impossible to estimate global figures between the direct and indirect lobbies, and the disguised and hidden investments. The American petrol lobby declared $124 million USD of spending for 2018. In comparison, the financial support of the presidential candidates for the 2016 election was below $10 million USD.

The lobby of fossil energies is not limited to the private companies but also a big part of the national influences within the international system. Russia and the countries of the Arabic Peninsula have comparatively more influence on the world stage than countries with similar GDP because the natural resources held by these states are necessary to many economic activities in the world. They have political reasons to keep the fossil energy in use, so the state-owned petroleum and gas companies continue to generate profit and power within the international system.

Environmental organizations have the capabilities to play

Lobbying activities form the giant companies and states make them indeed powerful when they meet MPs and members of the US Congress, the European Parliament, and national authorities. The nuclear industry relies less on the resources of a territory, but the companies are linked with energy producers using fossil resources like coal, petrol, gas, and renewables.

The environmental NGOs also have financial capacities to conduct lobbying activities in the biggest political institutions and to conduct striking operations around the world to raise awareness about specific cases. Greenpeace cracked fireworks within the nuclear power plant of Cattenom (France). They also staged maritime harassment against fishing boats of Japan. Tankers’ petrol platforms everywhere in the world were attacked.  They staged protests against the Russian nuclear floating power plant Akademik Lomonosov.

However, their budgets are way lower than the private companies or oil states and makes them small actors. The WWF, for example, has a budget above $500 million USD. The sole North American fossil energy companies make a combined profit of $257 billion USD.

The false claims about the nuclear risk and livability of renewables

A big concern of environmental organizations is to replace all forms of energy with renewables. The nuclear production and development must be halted, and the fossil energy kept at a lowest point, only to compensate rare cases of outage of the renewables. The environmental organizations presented the production of electricity by nuclear energy as an ecological danger.

Nuclear energy has this image of being unsafe due to the disasters of Tchernobyl, Fukushima, and Long Island. But the cost – measured in human lives per Kwh of electricity produced – is the lowest among non-renewable energies with a ratio of 1 death in the nuclear industry to 442 deaths in the brown coal industry, according to estimates of the International Agency of Energy in 2014. The issue with renewables is not about the death toll directly linked to the technology, but the storage and back-up needs.

With the existing grid, an extension of the renewable energy in the energy package of a country requires at least a 20% increase in additional non-renewable back-up infrastructures for gas and petrol. The need for new backup infrastructures will rise if the existing grid is progressively dismantled. The prudent operators are estimating the need at 60% backup, higher than the 20% claimed by pro-renewables organizations. This back up requirement has a substantive operational cost.

Learning from past failures instead of ditching an efficient technology

Environmental organizations managed to persuade the public that nuclear energy is dangerous and dirty. Low safety standards and a lack of culture of security against external threats make the nuclear power plants dangerous. Indeed, some inspections have been loosely conducted, like for the plants of Tihange and Doel in Belgium. The concerns are also tackling the retreating facilities managed with the “Just in Time” method. Any small incident slowing down the treatment of nuclear waste will put the next arrivals in less-secure temporary areas. However, the emotional mindset behind the fears of the nuclear accidents can bring untrained authorities to take wrong decisions.

Nuclear is safer than the other technologies. But in case of a badly-handled accident, the consequences are more disastrous. The decision to evacuate the population after the Fukushima accident for the people living at more than 10 kilometers of the power plant brought nearly 120,000 people at much higher risks of radiation than if they had stayed in their homes with light measures of protection. The Swiss authorities learned from the Japanese disaster, and in 2018 they modified their emergency policy with no displacement of population.

The goal is to decrease the emissions of CO2, right?

The exit of nuclear power in Germany increased the CO2 emissions due to the reopening of coal power plants. The development of nuclear energy in France during the 1970s and 1980s caused a sharp decrease in carbon dioxide emissions, by 26% in a decade. In 2017, nearly nuclear-free Germany produced 9.7 tons of CO2 per capita. Highly-nuclearized France had a lower figure at 5.2 tons of CO2 per capita. The purchase power in Germany is a bit higher than in France. So the higher consumption of goods and commodities can be a small part of the explanation.

Green to run, gray to produce

Let’s consider mobility as a last example. The petrol-powered cars have been tackled in the recent years for their CO2 emissions and the cheating-software scandals. Green politicians and environmentalists push for a lower use of cars and to switch to electric cars. The running costs and emissions are indeed way lower than with petrol engines. But half of the polluting emissions come from the frictions of the tires on the road and the particles from the brakes.

The production of big batteries and components specific to electric cars pollutes more than any normal vehicle. In its lifetime – from production to the scrapyard – an average electric car would pollute 20% less than a petrol car. And it is considering the presence of nuclear energy in the production of electricity.  To be greener by driving an electric car than an equivalent petrol car, you would need to travel 30km every day for 10 years. Nevertheless, it remains healthier to breathe in a city crowded with electric cars than diesel and petrol engines.

The environmental stakeholders have also their influence. The shared ideas about the greener alternatives come from their agenda and actions. The political programs do not always translate the new expectations of greener alternatives. Most of the proposed solutions can lead to an increase in CO2 emissions. The costs on the long term with the technological improvements and the economy of scale will decrease. And it would improve the air quality in urban areas. Changing the ecological burden of our lifestyle will not curb climate change – changing our lifestyles will.