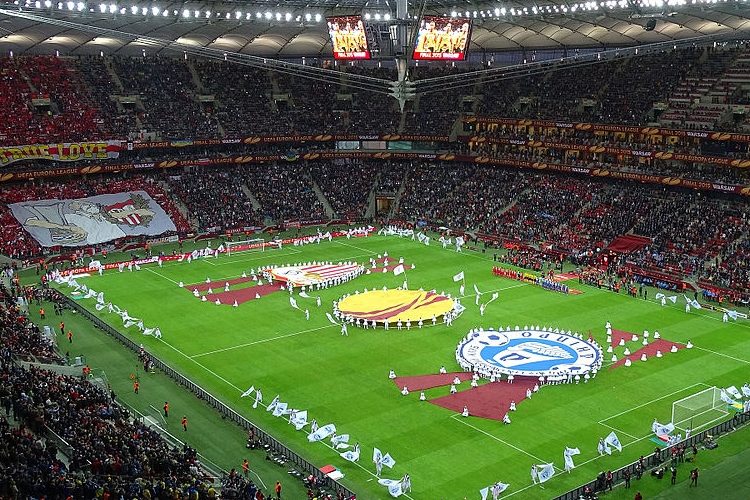 A Preview of Three Europa League Round of 16 Ties

The UEFA Europa League’s group stages and round of 32 have concluded as 16 teams remain in the competition. The round of 16, like the round of 32, pairs two teams against each other. Both teams host one home match and the winner between both games moves on to the quarterfinals. In the case of a draw after the second leg, away goals are used as a tie breaker. If the two teams are still tied, extra time and penalties can be used to find a victor. Winning the Europa League is a huge accomplishment in itself, but has the added bonus of earning direct qualification to the UEFA Champions League, the most prestigious club competition in Europe. 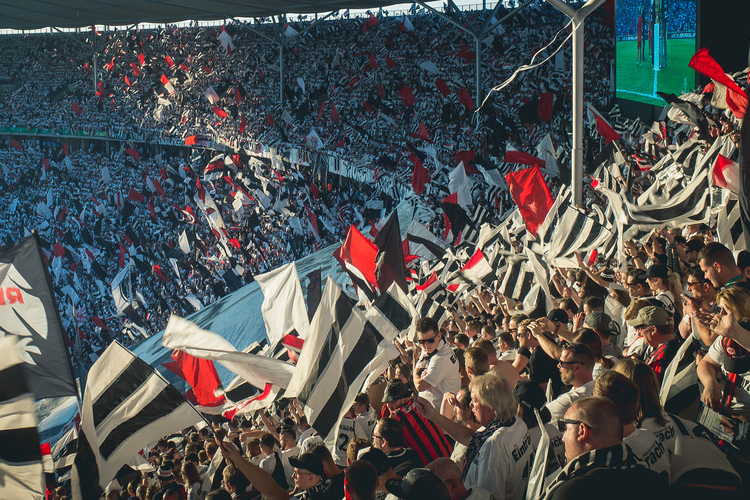 Debatably the biggest tie in the round of 16 is Eintracht Frankfurt against Inter Milan. Frankfurt are fifth place in the Bundesliga, on track for Europa League qualification next season. They are just three points from fourth place Borussia Monchengladbach and that last UCL spot. The Eagles are tied as the third highest scoring side in the German top flight with 47 goals after 24 games. The club are also tied as the fourth best defense in the league, conceding 30 goals so far.

In the Europa League, Eintracht Frankfurt are undefeated. In Group H which also contained Lazio, Apollon Limassol, and Marseille, they won every match becoming one of two teams to achieve that feat this season. Following the group stage, Frankfurt was drawn against Shakhtar Donetsk in the round of 32. The first game ended 2-2 and the second leg ended 4-1 in favor of the German side.

The club has many talented players, especially attackers. Ante Rebic, a finalist with Croatia in last summer’s World Cup, is vital for his team. The forward has nine goals and three assists in all competitions, but his work rate and speed are huge assets to the club. Striker Sebastian Haller has 17 goals and 12 assists in all competitions and has become integral to Frankfurt’s front three. Rising star Luka Jovic, on loan from Benfica, has 20 goals and six assists. The highly rater Serbian has made waves this season with stellar displays including one match where he scored five goals.

The Eagles have avoided defeat in the last nine matches including draws against Borussia Dortmund, RB Leipzig away from home, and Borussia Monchengladbach, teams in the top four of the league. They’re in good form coming into the first leg against Inter. With the match being played at home, they have a great chance of going to the San Siro with an advantage. 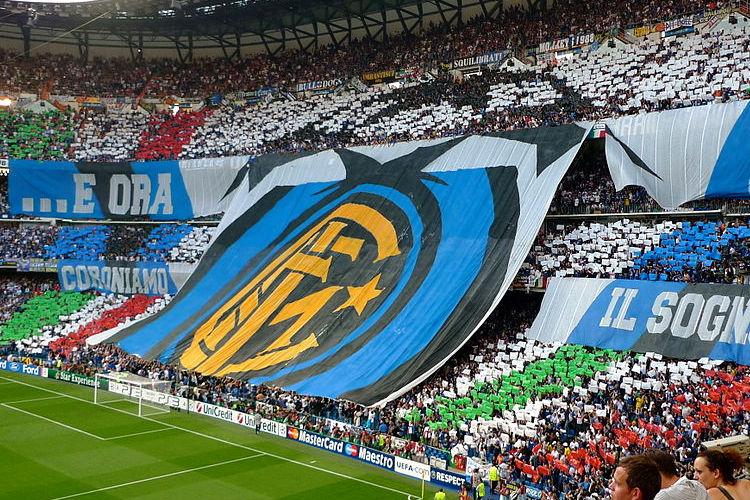 Their opponents, Inter Milan, are fourth in the Serie A. They have one of the best defenses in the league after only conceding 22 goals in 26 games. The Nerazzurri dropped into the Europa League after finishing in third in their UCL group containing Barcelona, Tottenham Hotspur, and PSV Eindhoven. In their round of 32 clash against Rapid Wien, Inter won the away leg 1-0 before going on to win the home leg 4-0.

The Italian side have a number of quality players in the squad like Stefan de Vrij and Milan Skriniar in the defense, Radja Nainggolan, Ivan Perisic, Matias Vecino, and Marcelo Brozovic in the midfield, and striker Mauro Icardi. However, Icardi is a doubt moving forward due to an injury which has caused issues between himself and the club.

The Argentine striker has been stripped of his captaincy, allegedly because Inter believe he is faking an injury. Scans showed no damage to his knee, but the striker insists he feels pain. Since then, Icardi has refused to play in the first leg match against Rapid Wien and has been left out of the matchday squad since. The forward is one of the best in Europe when he is at his best and Inter will surely want this issue resolved sooner rather than later.

After winning four games in a row, Inter have failed to win the last two, tying 3-3 away to Fiorentina and losing away to Cagliari 2-1.

Despite the issues at the Nerazzurri at the present moment, they have a better team in my opinion than Eintracht Frankfurt. I can definitely see the German side winning the first leg, especially considering they’re currently in better form, but I think Inter will have too much for them at the San Siro. 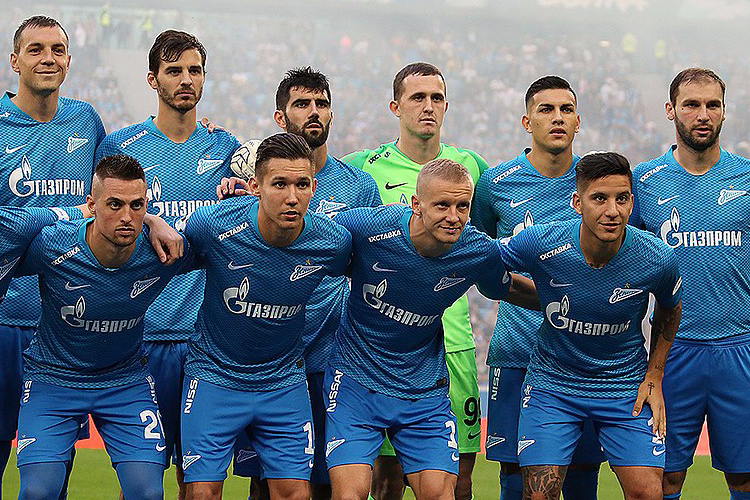 Another interesting round of 16 tie pits Zenit St. Petersburg against Villarreal. Zenit are top of the Russia Premier League table and lead second place Krasnodar by four points, but Krasnodar do have a game at hand. They have scored the second most goals in the league with 28 after 18 games played. Their Europa League campaign began with a third round qualification playoff. The Russian side played against Dinamo Minsk and surprisingly suffered a heavy 4-0 loss. Despite the tall task, Zenit managed to overturn the deficit in the second leg, winning 8-1. This was followed by a final qualification playoff against Molde. They won the first leg 3-1 before losing 2-1 in the second leg, going through with an aggregate score of 4-3.

Zenit went on to top Group C which also contained Slavia Prague, Bordeaux, and Copenhagen. They only lost once in the group stages, losing away to Slavia Prague. Their performances in the group stages were rewarded with a round of 32 matchup against Fenerbahce. Zenit St. Petersburg lost the away leg 1-0, but went through courtesy of a 3-1 home win.

The club has a strong team including players with experience at some of the biggest clubs in Europe. Branislav Ivanovic who previously played for Chelsea, Claudio Marchisio who spent most of his career with Juventus, and Matias Kraneviter who represented Atletico Madrid are just a few examples of the talent within the squad. 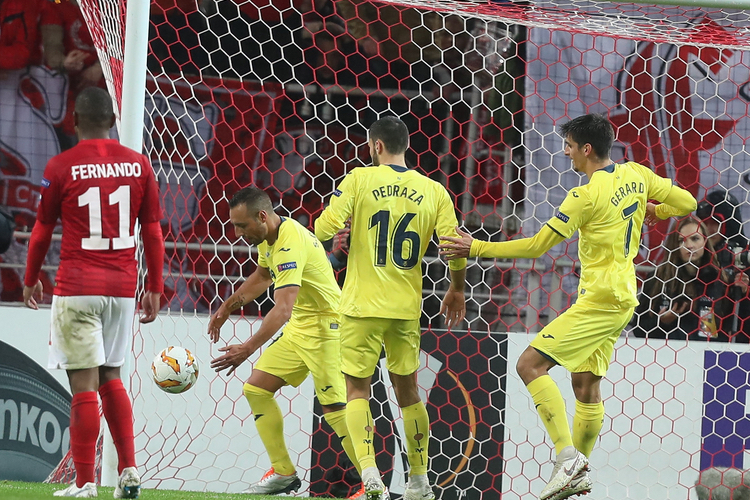 Their opponents, Villarreal, are not as strong as they have been in previous seasons, but nevertheless remain a threat. The Yellow Submarine are currently in the relegation zone as they sit in a lowly 18th place. They are just one point above last place Huesca and two points from safety; Celta Vigo, the team closest to them, do however, have a game at hand. They are tied for the sixth most goal conceded in La Liga with 35 goals in 26 games as things stand.

Their Europa League campaign started well as Villarreal finished atop Group G, above Rapid Wien, Rangers, and Spartak Moscow. The Spanish side are still undefeated in the competition. After the group stages, Villarreal played against Sporting Lisbon in a two legged round of 32 tie. They won the first leg 1-0 and tied in their home match 1-1 to advance.

Despite their shaky form, the club still has some great players that can trouble Zenit. Santi Cazorla, the former Arsenal midfielder, has five goals and five assists in all competitions. His technical ability, creativity, and experience can be key if Villarreal are to advance. Perhaps he has been playing below his actual abilities this season, but Pablo Fornals remains an integral member to his team. The Spanish midfielder delivers a precise final ball and has an eye for goal. Another player who can be performing better this season, striker Carlos Bacca, should still be considered a worry for any opponent. A forward with strength and notable aerial skill, it wouldn’t be a surprise for him to trouble Zenit’s defenders.

Zenit are in way better form than Villarreal whose attention will be more focused on avoiding relegation. The Russian side has a good standing in the title race and can afford to divide their efforts into the Europa League. On the other hand, Villarreal’s priority will be to stave off relegation and so, the club may opt to play a weaker team in Europe. Either way, I feel they haven’t shown enough this season to suggest they can overcome Zenit. 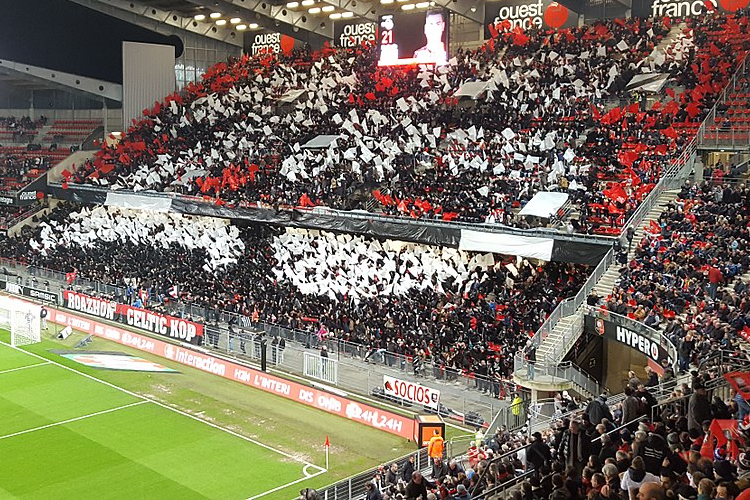 This is a tie that may seem one-sided on the surface, but it could be closer than many anticipate. Rennes occupy ninth place in Ligue 1 and are just six points from a place in next season’s Europa League. They are also in the semifinals on the Coupe de France.

This season has been a historic one for Rennes because of their performances in Europe. Beginning in the group stage, Rennes advanced for the first time in their history after coming in second place. They finished below Dynamo Kiev and above Astana and Jablonec. Rennes were then paired up against Real Betis in the round of 32. After taking a two goal lead, Rennes eventually tied 3-3 against their Spanish opponents in what was a disappointing result for the club. However, in the following away leg, the French side sprang a surprise, winning 3-1 and advancing to the round of 16 for the first time in their history. Now they will face Arsenal where they can qualify for the quarterfinals which would be another landmark for Rennes.

Although not considered among the best teams in France, Rennes still have some great players who can trouble Arsenal. Hatem Ben Afra, who Arsenal will be familiar with considering his time at Newcastle United, is a midfielder who contributes well in the attack with his goals as well as assists. Ismaila Sarr is highly rated in France and with good reason. The 21-year-old is a pacey winger with great attacking potential. M’Baye Niang, who had a stint at AC Milan, has similar characteristics to Sarr. Rennes will attempt to use their fast attacking players to break behind Arsenal’s backline and if they can find the space, Rennes can cause the North London side a number of problems. 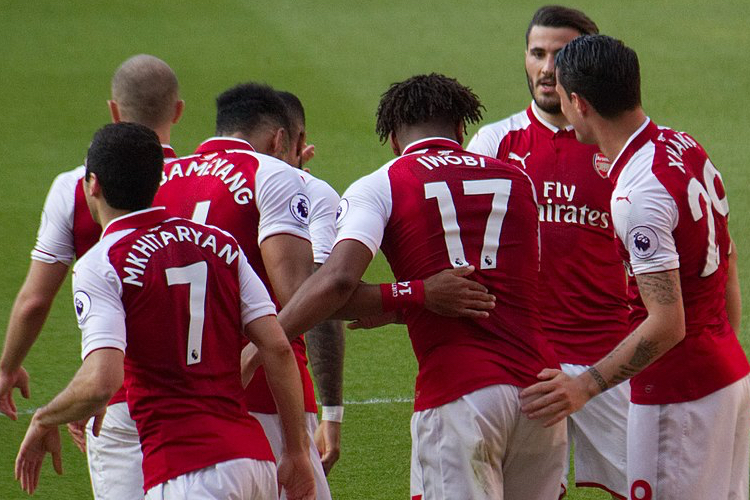 Meanwhile, Arsenal are in fifth place in the English Premier League. Yet, they can find themselves in sixth place as Chelsea, who are four points below them, have two games at hand. In the league, Arsenal have lost just once at home and tied two other times, winning all of their other games. The Gunners have the third highest number of goals scored in the EPL with 61 goal in 29 games.

Arsenal were undefeated in the Europa League group stages. Topping Group E which also had Sporting Lisbon, Vorskla, and Qarabag, Arsenal tied once and won the remaining matches. This earned them a round of 32 clash against BATE Borisov. They lost 1-0 away, but advanced thanks to a 3-0 win at the Emirates Stadium. Arsenal have conceded the least number of goals in the Europa League with just three.

The club has a squad full of recognizable names, but there are three that can have a huge impact in their games against Rennes. Laurent Koscielny is Arsenal’s captain and leader in defense. His organization of the backline as well as his defensive capabilities will be instrumental in giving Arsenal the stability required to win. Arsenal’s source of goals comes mainly from Pierre-Emerick Aubameyang and Alexandre Lacazette. Aubameyang has 19 goals and four assists in all competitions while Lacazette has 13 goals and eight assists in all competitions. Both forwards will be huge concerns for Rennes’s defense and their chances of advancing to the quarterfinals.

Although Rennes were able to overcome Real Betis when they were the underdogs, I can’t see them repeating it again against Arsenal. The Gunners have a stronger team than Betis and will not underestimate Rennes after their performances against the Spanish side. Plus, Arsenal are no where comfortable in their pursuit of a place in next season’s UCL. Winning the Europa League would provide that and so, Arsenal will want to do their best to fight for a spot in the league and in Europe.