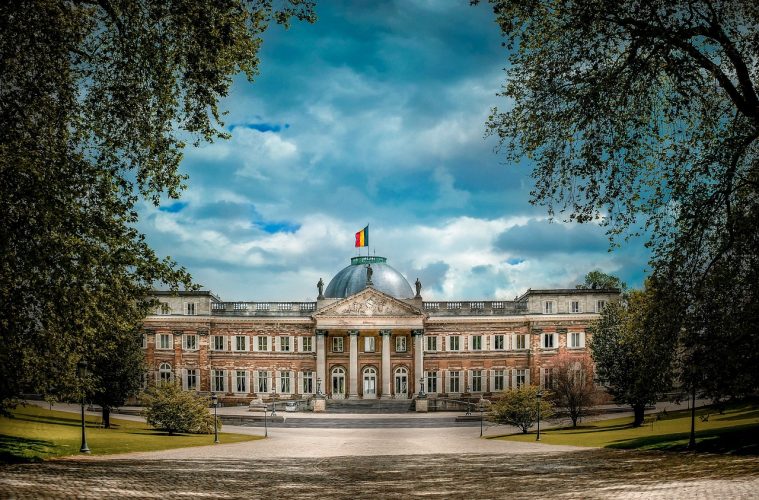 Upcoming Elections in Belgium: What to Expect

Europe votes for the European parliament seats between May 23-26. In Belgium, citizens will have to vote for the regional and federal elections the same day, on the 26th. The country needs these elections. The federal government since 2014 fell in December 2018 over disagreements about the Marrakech Pact of Migrations. The biggest party, the Flemish nationalists of the NV-A, left. In caretaking affairs since then, the federal government could not bring their plans to an end, nor could vote a new budget for 2019.

The regional government of Wallonia has the same problem. The regional government since 2014 fell in the summer 2017 due to corruption scandals, pushing socialists (PS) out of the coalition with the Catholic-Humanists (CDH) and replacing them by liberals (MR). Liberals of the MR were the only party from Wallonia at the federal government, with the Prime Minister Charles Michel. Due to internal disputes over the UN Pact of Migration within the MR, some of its members left for a new right-wing list, Listes Destexhe. Among them was a low-profile MP, Patricia Potigny, that led the regional government to lose its short majority in the regional parliament.

Flanders vs. Wallonia: the great divide

Source of tensions since the early 20th century, progressively heightened along the eras to reach a deadlock in 2007. With lots of political troubles between 2007 and 2011, Belgium held the world record of a state without government. It lasted 541 days, and no major issues to the daily life and economic activities were reported. Put in the fridge after a surprising right-wing coalition (MR, NV-A, CD&V, Open Vld) with the Flemish nationalist in 2014, divisions between Belgian communities have risen again for the 2019 elections.

Polls and the content of the political debates highlight opposite trends between Flanders and Wallonia. In Flanders, debates focus on immigration, financial transfers to Wallonia, independence of Flanders, justice following the highly mediatized murder of a student by a convicted rapist on probationary release, and ecological taxes. On the southern side of the linguistic border, debates are about social benefits, ecology, acceptance of migrants, and overthrowing right-wing parties that ruled the federal and regional governments in the last years.

This ideological differences and the requirement to form federal coalitions with an even number of ministers from each region will lead to deadlocks. Indeed, the former coalition was often depicted as a “suicide coalition” by opposition parties. And liberals in Wallonia (MR) will probably be sanctioned on May 26 for having stepped in a federal government as sole party of Wallonia (with less than 25% of the votes) with Flemish nationalists (NV-A). With Wallonia leaning on left/extreme-left and Flanders leaning on right/far-right, forming a coalition at the federal level might take months again.

Divisions on the right

In Flanders, traditional right-wing party of the liberals (Open-Vld) continues losing seats election after election but managed to stay in the federal and regional government. Their socio-economic programs are too similar to the new stars of Flemish politics since 2007, the nationalists (NV-A). Combining a liberal economic program with independentist claims for Flanders and opposition to immigration brought NV-A and its mediatic leaders, Bart De Wever, Jan Jambon, and Theo Francken, to power. It also took voting shares from the far-right party of Vlaams Belang (VB) as the latter is categorized as extreme-right party and does not have full access to medias. There is also a cordon sanitaire from all democratic parties in Belgium who refuse to cooperate with the VB, considered as undemocratic. Right-leaning parties in Flanders will probably gain votes next Sunday compared to 2014. These gains are only thanks to the Vlaams Belang.

The situation is more complicated in Wallonia. The mainly French-speaking region (there is a small German-speaking community on the east) is leaning on the left. The right-side of the political board was occupied by the liberals (MR). The centrist wing of the party left in 2011 to create the FDF, now DeFi, and is leaning more and more towards the left. The right-wing members of the MR left earlier this year under the impulse of one mediatic MP, Alain Destexhe, to create the Destexhe Lists. This fragmentation on the right in Wallonia puts at risk federal coalitions as right-wing Flemish parties are against dealing with left-wing parties coming from Wallonia. However, when it comes to public fund misuses and corruption, socialists of Wallonia and Flemish nationalists can still work together.

Divisions on the left

Third and fifth parties in Flanders, the ecologists (Groen!) and socialists (Sp.a) managed to keep their shares on the electoral market and could be allied with their equivalent parties from Wallonia to build a left-leaning federal government. The only emerging actor is the extreme-left party (PVDA), being above the 5% threshold of votes to get parliamentarian seats for the first time. It is the last federal party in Belgium in its structure with the PTB in Wallonia.

The left in Wallonia is much more fragmented. The previously mentioned DeFi (centrists from the liberal MR) are coming into an overcrowded political landscape on the left. The socialists (PS) were continuously part of federal governments since 1988 till 2014. They were in regional governments between 1981 and 2017 (except 1985-1988). Repetitive corruptions scandals like Publifin and LandInvest, the absence of evolution in their practices of governance, and the rise of the extreme left (PTB) will lead the party to big losses in this year elections. Christian-democrats (CDH) in Wallonia are leaning on the left and are coalition partners in many options. It however suffered many defections of high-profile figures in the last months.

Ecologists (Ecolo) are on the way to become a major political force. The green wave behind student mobilizations around the globe and nuclear energy debates in Belgium do not occult a socio-economic program more inspired by socialism that the socialist party (PS) itself. It however made a campaign mistake last week by distributing fliers in the street with communitarianist positions, antagonists with ecological ideology. They were defending ritual slaughter without stunning in districts with a majority of Muslim residents.

Contesting results of the previous governments, but what to propose instead?

The current government, even if it fell in a caretaking status, defends its results in this campaign, based on the motto of the Prime Minister: Jobs, jobs, jobs. They claimed 300,000 jobs were created by their actions. Official statistics are lowering it down to 240,000 positions. Opposition says that it is due to the conjuncture and only 30,000 jobs were created by the government actions. Furthermore, they pretend that these jobs are precarious.

The last government raised the retiring age from 65 to 67 years in 2030. These parties, and the former ally NV-A, defend this rise with the argument that it is impossible to financially sustain the system under the previous rules, and that the life expectancy is rising too. Major opposition parties promise to come back to the 65-years-old threshold.

Liberals pushed for tax reforms that lowered taxation for companies (from 33% to 25%) and used a tax shift mechanism. It did not prevent Belgium from overtaking Denmark and becoming the second most-taxed country in Europe (behind France). Ecological parties are proposing ecological taxes, raising anger among liberals who ask ecologists to get out of the tax, tax, tax paradigm.

The dividing themes of the last 5 years

Opposition parties, mainly Ecolo, raised fears of safety flaws in the two nuclear powerplants of Belgium. These installations are legally due to stop activities in 2025. No alternatives and transition infrastructures are ready. There were fears that parts of Belgium would be in the darkness this winter after repetitive incidents in some reactors. The Flemish nationalists (NV-A) is the only major party who defends nuclear energy after 2025, including new powerplants.

Social policies concerning migrants, retired people, unemployed people, and blue-collar workers were  criticized as anti-social or  inhumane by opposition parties. Theo Francken (NV-A), Secretary of State for Asylum and Migrations, received most of the criticism. The health sector suffered a lot too of lack of funding, like the justice department.

Fiscal fraud is a recurring theme in Belgian politics. The last government claimed investments in the fight against fiscal fraud, but decreased police manpower specialized on these matters. It also passed less-strict laws against fiscal fraud of multinationals and refused to tax stock exchanges.

The dividing themes of this campaign

Ecology is the new trend. Debates are arguing over the renewables and closing nuclear powerplants. They also discuss about hybrid and electric vehicles. Many politicians communicate about it, but few come with concrete policies and schedules to reach Paris objectives.

Mobility thematic concerns Brussels and its Low Emissions Zones (LEZ), and alternative forms of mobility to car-centric spatial planning. All political parties want to reduce the use of cars, especially diesel. They propose it differently. The most-discussed measure is the taxation of salary-cars. To lower taxation on salaries, companies provide cars, all costs paid, to employees with lower tax rates than on the gross salary. Instead of receiving €2500 in net salary, they receive €2000 in take-home pay, and a car package (car, insurances, fuel), worth €500. This option costs less to the employer, with lower gross salaries to pay. Only liberals defend this system, which continues to support car-centric mobility. Ecologists in Brussels refuse an extension of the metro network. Socialists did not bring substantial infrastructures for cycling. They also underfunded the national train networks during their decades at the head of governments.

Immigration led the federal government to fall in December 2018. Anti-immigration discourses are high on the agenda in Flanders. In Wallonia, it is not the main thematic. However, opposition parties criticized the way the government treated migrants, especially underage children and women.

Flemish nationalists are bored of transferring around €12 billion per year to Wallonia for no significant improvements. Financial transfers and reform of the federal state to a possible confederation are back on the table in the debates. In Wallonia, left parties accuse the liberals (MR) of having been in a federal government with Flemish nationalists. The MR was proclaiming in the 2014 campaign that it would not govern with the NV-A.

The EU thematic did not come as a key topic in the debates about national elections either. Belgians trust the European institutions more than national institutions and have a pro-European stance. Nevertheless, nationalists and anti-immigration parties are indirectly targeting the EU. Indeed, the NV-A is an ally at the EU level with Catalonian and Scottish independentists. Schengen policies and migrant-friendly government in Spain, a gate for the EU on the Mediterranean Sea, are teeth-grinding for some parties.