In 13 years, the Belgian nuclear power phase-out has suffered considerable slowdowns. Accidents and bad news on the poor state of the reactors were followed by questioned government decisions. Belgium has two nuclear power plants. Doel, in the north of the country, has four reactors: the oldest is in activity since 1974, the “youngest” since 1985. The three reactors in Tihange, in the east, are active since 1975, 1983 and 1985.

In 2003, the rainbow coalition government (liberals, socialists and environmentalists) voted for a gradual nuclear exit plan to be completed in 2025. In 2012 the closure of the reactor Tihange 1 was postponed for 10 years by socialist Prime Minister Di Rupo, to “guarantee the security of supply” in electricity. Last December, the postponement of closure of Doel 1 and 2 for another 10 years. 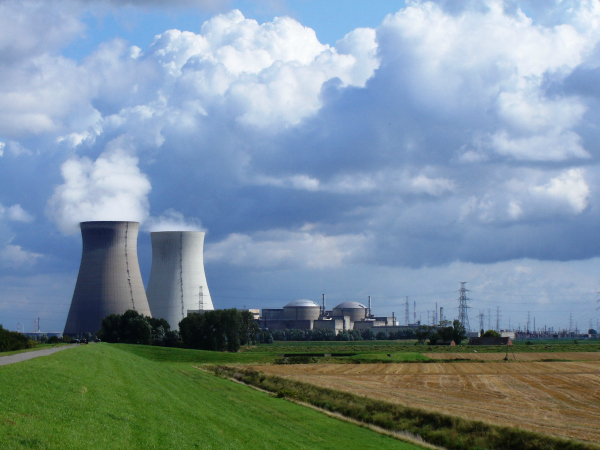 A crucial match on the fate of the reactors Doel 3 and Tihange 2 is being played now, involving the country’s reputation, its safety and that of neighboring countries. In summer 2012 the Federal Authority for Nuclear Control (FANC) announced the presence of thousands of cracks in the pressurized systems connected to the two reactors, and arranged for their temporary closure. They will be reactivated in May 2013, to be closed again in March 2014 in view of the worrying results of the “irradiation” tests agreed for their re-opening. Last November, the new green light, followed by several episodes of malfunction.

In Belgium, nuclear power still accounts for some 55% of electric supply. According to the Minister of Energy Marghem, re-opening is necessary to ensure the energy transition. From an environmental perspective, this argument is based on false premises. Energy transition is hindered by the laxity shown by Belgian governments since 2003, that does nothing more than further reinforcing Electrabel’s position in the market. A subsidiary of Gaz de France-Suez (that recently changed its name in Engie), the French company has a monopoly in the country’s production of electricity and gas, and owns the two power plants.

“Inaction at the federal level has allowed GDF-Suez to take control over our energy policy“, denounced the environmentalist coalition Ecolo-Groen. Greenpeace did not mince its words when it described the current government “slave to Electrabel“. According to Ecolo-Groen, the increasing (well publicised yet never materialised) risk of blackouts last winter was a deliberate move by Electrabel to preserve its reputation in the public eye, while strenghtening its negotiating position with the government.

Today a shared political will to ensure a rapid energy transition is missing. Further investing in nuclear energy instead of non-renewables, why? The stakes are very high. Each reactor equals 1 million € profit a day for Electrabel. And the reactivation costs of the reactors will all be passed on to consumers. 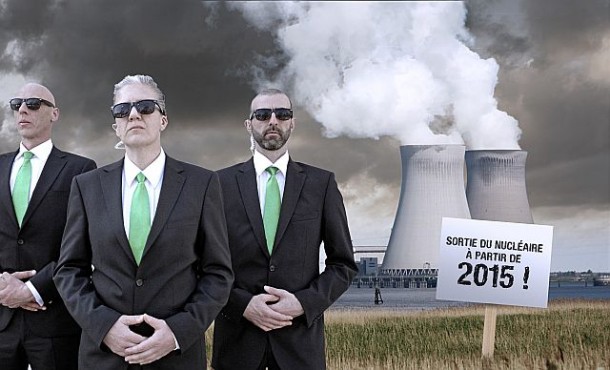 In January, the latest independent report commissioned by Rebecca Harms (European Greens) was published. The study invalidates the official FANC results that allowed nuclear plants to be restarted.

Given the safety of the pressure vessel cannot be guaranteed, the reactors should not continue to be operated. Were the vessel to burst, the consequences for the densely populated region around the reactors would be catastrophic.

According to the expert, FANC passively accepts Electrabel’s views. The company claims that the cracks are due to hydrogen flaking occurred during the plant manufacturing process. “There is simply no evidence to support the claim by Electrabel“, the report states, “[t]he only way to determine this would be by destroying the pressure vessels”.

Furthermore, FANC accepts that the irradiation tests are carried out on samples from a rejected steam generator block that “cannot be considered to be representative” since “the manufacture and heat treatment history is certainly not the same”.

The 2014 survey detected larger cracks compared to those detected in 2012. The report also shows that Electrabel has altered the irradiation test formulas, while FANC has deliberately excluded a number of possible causes for the crack widening, which is “inconsistent with the state of science and technology”. In short, “the Belgian Authority experts tend to minimize safety standards […] while we are “facing fundamental uncertainties”. 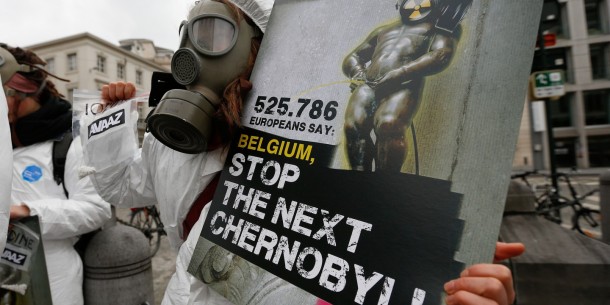 Belgian politics is fully involved in the economic stakes gravitating around the nuclear power stations. Several FANC members and people hired by the Minister’s office had previously worked for Electrabel or GDF-Suez/Engie’s other subsidiaries. Recently, the political movement VEGA denounced collusion – “consciente ou non” – between the company, FANC and the ministerial office. The only Belgian expert designated by FANC to evaluate cracks and the tests and the person responsible for the energy dossier at the Ministerial level are brothers. The latter has previously served as director of the Doel nuclear plant. The expert chosen to chair the  “independent” group empowered to make the decision on Doel 3 is linked to a research center sponsored by GDF-Suez/Engie and FANC.

The German, Luxembourg and Dutch Environmental Ministers have raised concerns about the restart of the reactors, and the cities of Maastricht and Achen have launched legal action to speed their closure. Meanwhile, the government is discussing the distribution of iodine tablets throughout the national territory. The question arises whether Belgium really wants to exit from nuclear power. The petition launched on Avaaz has already collected more than 1 million signatures. How and when will the Belgian nuclear waltz end?