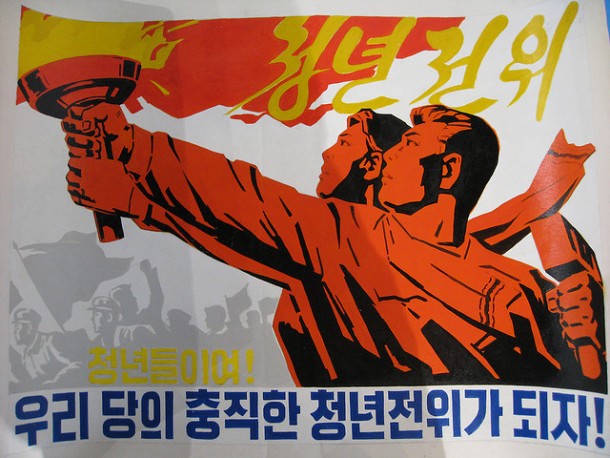 The Korean peninsula is divided in two since the end of WWII: the Democratic People’s Republic of Korea (DRPK) in the north, and the Republic of Korea (ROK) in the south. The history of the two countries greatly diverged after the war, with the North strongly connected to U.S.S.R. and the soviet-type economic development path, and the South linked to the United States, with capitalism, freedom and democracy as its models.

The collapse of U.S.S.R. in the 90s and the economic success of the South left the North more and more vulnerable. Meeting with a hostile international environment, Pyongyang’s political authorities have constantly resort to brinkmanship in the last fifteen years – the strategy of pushing dangerous events to the brink of disaster to try to secure the greatest possible advantage.

In the past, DRPK elites already performed atomic and missile tests. Its provocations leaded to the six-party talks – meetings between South Korea, China, the United States, Russia, Japan, and North Korea – which engaged Pyongyang in political and economic negotiations. The results of the talks involved a halt to North Korea’s atomic experiments, and development and humanitarian aids for the country.

The resumption of experiments and the atomic test on January 6, 2016 – which, NK supreme leader Kim Jong-Un claims, was a hydrogen bomb – do not come as a surprise. NK leaders try to enhance their people’s support with a display of strenght and power, attempting  to gain as much negotiation power as possible while dreaming behind closed doors of receiving foreign assistance for the development of their country.

Seoul fights back with his soft power – K-pop music, dramas and shows illegally broadcast in the North who brings with them visions and dreams of what else the country and its citizens could be, rightfully terrorizing North Korea’s leaders.