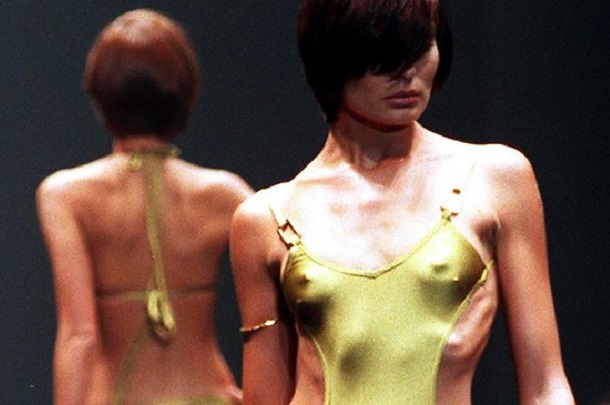 On Thursday December 17, France passed a set of anti-anorexia laws aimed at tackling the problem of extreme thinness within the fashion and modelling industries. The bill is part of a more comprehensive health care reform program, created to address some of the most pressing issues that France is currently facing when it comes to public health.

Although other countries such as the UK, Italy, Spain and Israel have already passed similar laws, two of the provisions have made headlines worldwide because of the pricey penalties attached to them.

The first one foresees that models will now have to obtain a medical certificate indicating that the model´s health “has been assessed in particular in terms of body mass index and is compatible with the practice of the modelling profession’. If the employer hires a model who is not in possession of this certification, he could face a fine up to 75 000€ and even a six-month prison sentence.

A previous law passed in April established that models had to have a minimum BMI of 18 in order to work in the industry, but the measure was deemed lacking and insufficient since BMI is often not a good indicator of a person´s health condition. This is why MPs have decided to scrap it and pass this new bill which maintains that models will need to be declared healthy by a professional, who will take into account factors such as age, gender, body shape, unhealthy symptoms like absence of periods and hair loss, dietary history and more.

A second provision, which will go into effect in January 2017, regulates the use of Photoshop in picture ads. It establishes that any image that has been altered in order to change the size of the model must include the label “retouched photograph”. Failure to do so could result in a fine between 37,500€ and up to 30% of the total cost of the photoshoot. 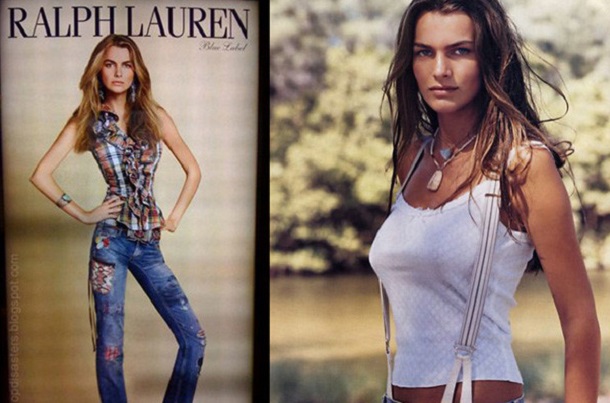 Controversial Ralph Lauren add that went viral because the model´s proportions were made to look unrealistic.

The third measure that was considered wanted to ban so-called “pro-anorexia” websites, that is to say pages provoking “a person to seek excessive weight loss by encouraging prolonged nutritional deprivation that could lead to health risks or death”. However the provision was ultimately discarded after MPs considered that the authors behind such blogs and social media accounts might be struggling with the disease themselves.

This effort, led by neurologist and French MP Mr. Olivier Verena in collaboration with the Ministry of Public Health, wants to put an end to the “glorification of anorexia”, a disease that affects between 40 000 and 230 000 people in France. According to Mr. Verena:

It is intolerable to promote malnutrition or glorify anorexia and to commercially exploit people who are endangering their own health.

Public reaction was mixed: many considered the legislation a step in the right direction but members of the fashion industry questioned the effectiveness of such measures, pointing out that the guidelines included in the law are too generic and that the certificates could easily be obtain by slipping a bribe to unscrupulous doctors.

Moreover, according to Isabelle Saint-Felix, secretary general of France’s National Union of Modeling Agencies, 90% of the models working in France are just foreigners passing through who wouldn´t be required to go through this screening process, putting French models in a competitively disadvantaged position.