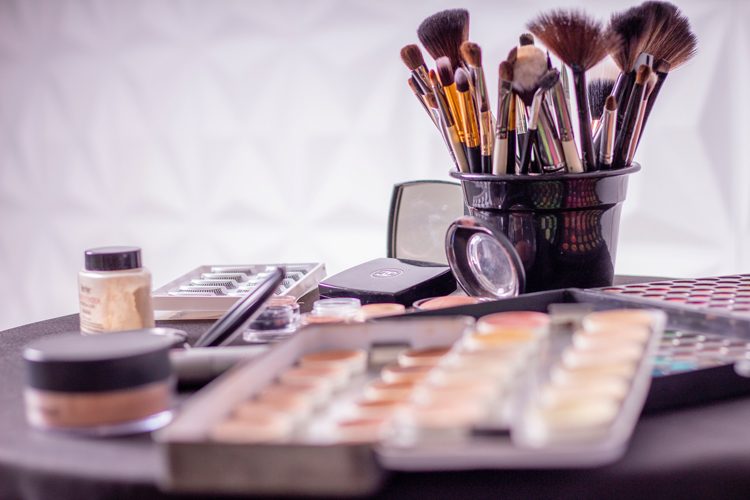 In this day in age, everything that is purchasable is part of a licensed corporation. It’s a constant “rich getting richer” pattern, and in capitalistic societies like the United States, there is no maximum capacity in which a company can grow. Thus, many try to soften the blow of conglomerate expansion by buying from independent and/or local merchants. However, as a niche market broadens, it attracts the attention of power players like Estee Lauder or Shiseido.

While selling assets to an industry mainstay may help keep sales afloat, the company mission becomes garbled as the parent company tries to expand interest. Such is the case of Shea Moisture, which was founded in Harlem in 1991 by a trio of Liberian immigrants. It was conceived with textured and natural African hair in mind, but its initial parent, Sundial Brands, was acquired by Unilever this past November. Considering the company’s behavior, it was only a matter of time before the British/Dutch consumer good giant took interest. In 2015, Shea Moisture published a makeshift ad on their Twitter which features a young white girl with thin, blond hair alongside the text “Uh-oh, we ran out of Shea Moisture!” Then, within the same year of their acquisition, they ran a commercial with the tagline “Break free from hair hate,” which featured two Caucasian women and one racially ambiguous woman complaining about their haircare regimens. Shea Moisture issued apologies for both instances, but it’s nonetheless obvious the company intended to expand its intended demographics.

When expansion of the brand is a desire, it only makes sense to give in to another entity that has the global influence the brand seeks. Still, can the possibility of a small brand batting away from the fortunes of a conglomerate in effort to ascertain company agency continue in this economy? Or is the acquisition of industry “little guys” inevitable?

Well, perhaps this has occurred thanks to the resourcefulness of conglomerates. The Estee Lauder Company has been a respected brand among baby boomers and silent generationers, though seems plain, or perhaps pricey, for millennials. While Too Faced Cosmetics is more playful, with thematic packages adorned with unicorns, peaches, or chocolates (the later two being scented). Even the names of products are appetizing, and somewhat more approachable than that of Estee Lauder’s: compare “Romantic Beauty: The Seductive Smoky Eye” to “Life’s a Festival Eye Shadow Palatte.” Thus, the acquisition of Too Faced by Estee Lauder makes complete sense, as Too Faced has beautifully reached a demographic that Estee Lauder struggled to intrigue. Of course, price-wise, there isn’t much difference. When I sorted the same product category for each brand by highest to lowest price (the category I chose was one of my favorite cosmetic components, eyeshadow) the priciest palette from Estee Lauder was $54, while a $59 was the ritziest for Too Faced. Perhaps this may be due to the company’s new parentage, as when I view Too Faced’s website through the Wayback Machine (web.archive.org) from December 2015 before Estee Lauder’s involvement, their most expensive eyeshadow palette was $49.

Thus, this brings us to our next challenge in the era of mergers and acquisitions: affordability. Even brands that are pharmacy mainstays have begun to skyrocket in cost, and high-end cosmetics stores are keen to hide this by grouping items in a packaged set. For instance, the priciest lipstick at Walgreen’s is the IsaDora Perfect Moisture Lipstick at $18. Let’s compare that with the priciest lipstick from Sephora. I will exclude the Christian Louboutin lipstick collections from this analysis because Louboutin is a leather apparel company that has toyed with vertical integration in cosmetics. Their lipsticks’ steep prices are because of the company’s prestige in fashion, and thus, the vial of product can be worn alongside the concoction itself—”Each lip color features a unique elixir vial design with a silk ribbon to transform the lipstick into a necklace,” the web description reads. Thus, this indicates the company intends to stay in its lane of adornments rather than applications.

However, our next priciest lipstick at Sephora is the Nars Audacious Keepsake Set at $79. The set of three means the value is $26.30 for each individual stick. Thus, the IsaDora lipstick is only $8 shy of the Nars one. Of course, the gap between these prices narrows even further when we peruse the more affordable, but reputable, selections. The L’Oréal Paris Colour Riche Shine Glossy Ultra Rich Lipstick is $9.99 (with a buy one, get one half off sale), and the Sephora Collection Rouge Shine Lipstick is $7 (though on sale, and usually $12.50). That is one thing that is very distinct about each type of retailer’s sale—while a luxury cosmetic shop will put a singular item on sale, a drugstore will promise a discount only if you buy in duplicates.

Both middle-range priced lipsticks, the L’Oréal and Sephora Collection ones, are owned by French companies, L’Oréal and LVMH (Louis Vuitton Moet Hennessy), respectively. The makeup conglomerates are notably a little more diverse than other industries ruled by conglomerates. Still, the biggest ones seem to be French, American, and Japanese. Our expensive lipstick from Nars, for a broader picture, is owned by Shiseido, the Japanese powerhouse.

The media industry, in comparison, has five American companies trailing at the top, while following them are Sony (Japanese), Bertsmann (German) and Vivendi (French). Still, the national origins of the underdog media conglomerates overlap with cosmetic ones: Kao, Beiersdorf, and LVMH, while still being very powerful brands, pale in comparison to the influence of L’Oreal or Unilever. Additionally, it fluctuates more than media, as it was very difficult to find updated ranks of cosmetics giants either by net worth or number of acquisitions. Coty recently acquired much merchandise that once belonged to Procter and Gamble, and Unilever has been on a pursuit as well in the last three years, purchasing Hourglass Cosmetics, Carver Korea, and Schmidt’s Naturals alongside the previously mentioned Sundial Brands.

However, there are still brands who remain uninvolved in constant acquisitions. The company of our pricy drugstore lipstick, IsaDora, is a privately-held Swedish company sold internationally. Of course, they aren’t the only instance of success devoid of networks of megacompanies. Many are local to my region, like First Aid Beauty, a skincare company based in Newton, Massachusetts, which has attained enough interest to be carried in retailers like Sephora, Ulta, QVC, Dermstore, Amazon, and Walmart. Or Fresh, which has its own retailer on Newbury Street, though is also available in chains like Sephora or Blue Mercury. Shamanuti, based in Natick, stocks product in its own store, Whole Foods, Amazon, or a Birchbox subscription. True, some of our local brands, like MIT-developed haircare line Living Proof, have been swept up by Unilever or others, but there’s still no denial our market is plentiful.

Success in an independent company can be found through proper integration of new and old media channels. “Although we do distribute some of our products through the internet, we don’t favor it as a distribution channel. It works well for mass-market products that compete on price, but perhaps less well for luxury products that engage touch and smell as well as sight,” Prada CEO Patrizio Bertelli shared in the Harvard Business Review in September 2012. In a world where independent brands blossom through ecommerce, it’s important for these companies to gain interpersonal exposure. Perhaps cosmetic brand developers can sell their wares at farmers markets, bazaars, or community bake sales in addition to their e-stores, especially if commercial realty is too pricey in their area to invest in a bona fide brick and mortar location.

Of course, it’s beneficial to have a comradery and admiration for competitors, though this doesn’t necessarily mean the brand will be consolidated. Eric Dobmeier, COO of Seattle Genetics, has collaborated with larger pharmaceutical firms to diversify their products. “We’re investing a lot in making sure we don’t become a one-trick pony,” he told the Puget Sound Business Journal in April 2015. Prescriptions and makeup overlap in that they are both consumables with chemical formulations. While copying the same formulae of a rival is unethical, reviewing notes on desired effects, textures, and pigments can better a business.

In his coverage of last year’s WWD Beauty Summit, Richard Kestenbaum revealed in Forbes that makeup purchases from independent brands went up 42.7% in 2016, according to the presentation by Shiseido Americas CEO Marc Rey.  Additionally, many executives of such indie brands were represented—including Amy Regan of Skinfix, Victoria Tsai of Tatcha, and Jo Malone of her eponymous brand and its sister, Jo Loves.

While the power of megacompanies may seem boundless, independent cosmetics are growing at too fast a rate for conglomerates to contain all of them. The secret to asserting brand agency is being steadfast in core beliefs and developing new strategy through the collaboration or tweaked and improved emulation of others. Most importantly, surrender to stakeholders is not the only way to ensure the lifetime of a business, even in an industry this plentiful.