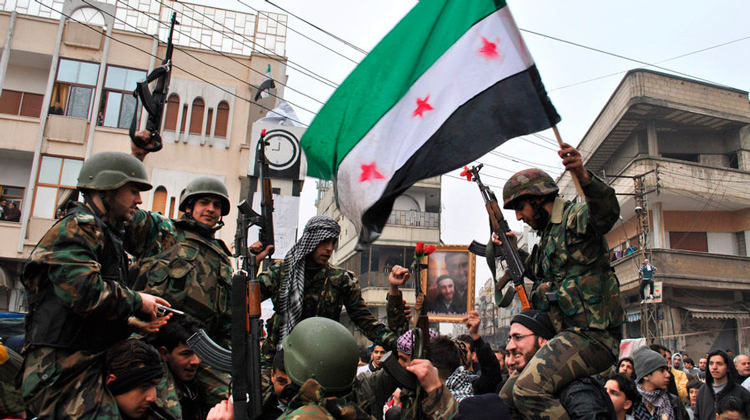 War has been a constant aspect of humanity since our very beginnings, but the way in which wars are fought has changed dramatically over time. Early tribes fought in small numbers against other tribes using sharpened stone and wood weapons. Ancient civilizations such as the Greeks, Romans, and Persians developed lighter weapons able to kill more rapidly and sent hundreds of thousands of men into battle. Eventually guns were introduced and so on and so forth did warfare change. Modern warfare sees frequent skirmishes with fewer casualties than sporadic large battles with heavy losses, as well as unmanned drones causing mass destruction on bases and hideouts. Most importantly, wars are no longer fought between two distinct sides, rather they are fought between multiple sides with shifting alliances throughout the conflict. With so many sides it can be difficult to distinguish between them, their motives, and their actions.

The domestic-level analysis focuses on the internal structure of a state and would point out three main areas of Syria’s internal structure to explain how their civil war came began. Primarily, the multiple ethnic groups within Syria have rivaled with one another since French troops left in 1945. Additionally, Syria has been under President Bashar al-Assad’s regime since 2000 and his brutal government led his public opinion to falter over time. Assad has only been able to stay in power for the last decade by corrupting the elections to ensure his victory. More people suffered everyday, and when the Arab Spring arose the people of Syria felt the time had come to end Assad’s dictatorship and make Syria a democracy. Thus the Syrian Civil War began.

However, that is not the only reason, and a large part can be attributed to the various ethnic groups living in Syria. The most prominent ethnic group in Syria at 74% of the population, and the one Assad identifies with, are the Sunni Muslims who have been the main ethnic group in power since 2000. Another ethnic group are the Kurds, who live in northern Syria as a semi-autonomous state, and have always been at odds with the Syrian government, as they desire to create their own, free state. The Alawite ethnic group makes up around 12% of the population and identify more with the Shi’ite Islam sect, putting them at odds and persecution in a mainly Sunni Islam state. Finally, the Druze ethnic group make up just 3% of the population attempted to remain neutral in the civil war, but instead it marked them as enemies with numerous sides who remain unsure of where the Druze’s loyalties are.

Taking another look at Assad’s regime, specifically his political party the Ba’ath Party, which has become the only real political party in Syria since they took power in 2000. Assad has been elected president three times, once in 2000, again in 2007, and the third time in 2014. The first two he won 99% of the vote and having no formal opposition, and the most recent with 88% of the vote only being opposed by a recently formed political party, which was more or less shut down during the elections. All the elections since the Ba’ath Party took power have been regarded globally as corrupt and formalities rather than true, free elections. As time went on under Assad’s rule more and more Syrians began suffering everyday. His brutal tactics against any opposition kept most too fearful to even think about a revolution, let alone attempt one.

It wasn’t until protests in Tunisia late in December of 2010 that numerous people around the Middle East began to raise their voices demanding change, including in Syria where protests began that following January. Numerous factions within Syria demanded an end to Assad’s rule and a return to democracy. In response, Assad began violently putting down the protests and the opposition answered with violence of their own, and Syria quickly fell into civil war.

It would be very hard to find a political theory that sees the Syrian Civil War ending positively. Most agree Syria is on its way to becoming a failed state if it is not already. The domestic-level of analysis is no different to this pessimistic prediction. Even if Assad’s regime were to be overthrown there is so much bad blood between the various rebel armies they would almost certainly turn to fighting each other once Assad had been ousted in an attempt to gain power and control in Syria. Furthermore, according to geopolitical analyst Samuel Ramani, if a new regime was able to grab power it is likely they would assume full control of the government and suppress the rights of other ethnic groups, becoming just like Assad’s regime.