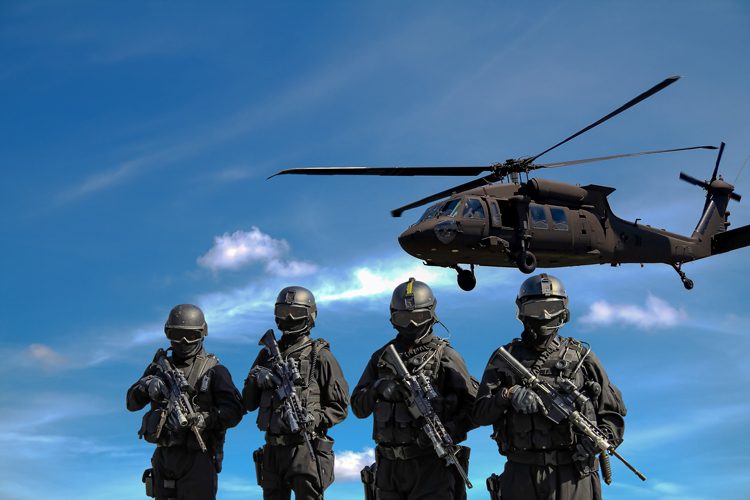 The Syrian Civil War: Factors, Players, and Why it Matters

For nearly a century, there has been a divide between the Western world and the Eastern world, perpetrated and perpetuated political atmosphere. Demystifying and contextualizing the civil war and its various players is necessary in beginning to understand both the issues in the Middle East as well as the depths of our own ignorance regarding those issues.

I spoke with the professor and scholar of Islam at Hamline University, Professor Mark Berkson, who shed some light on the Syrian conflict and how representation and religion have become entangled through this and other Middle Eastern conflicts.

Who Are the Major Players?

First and foremost, Berkson identified the significant factions in this civil war, outlining their role, goals, and tactics. From the outset, Berkson prefaced by saying “The difficulty with the Syrian Civil War, is that there doesn’t seem to be any good guys.” Berkson obviously pinpointed Syrian dictator and tyrant Bashar al-Assad as perhaps the most relevant figure to this conflict. For nearly two decades, Assad has held power over Syria, and during this time he has demonstrated his particular penchant for ruthless and oppressive tactics. Assad’s rule has long been scrutinized, both from without and within, by the Syrian opposition and their western allies. However in 2011, the ripple effects of the Arab Spring caught up to Assad. The wave of popular protest against dictatorships in Middle Eastern nations caused unrest, tension, and eventually an outbreak of violence in Syria. “It was at this point,” Berkson noted, “That extremist groups like ISIS saw an opportunity.” With ISIS entering into the fray, the internal conflict of Syria erupted into a catastrophically violent world issue.

How Have Other Nations Become Involved?

With a violent and dangerous terror organization in the mix, other world powers began to enter into the conflict. Assad found allies in other strongmen and world leaders, in particular Putin of Russia and Ali Khamenei of Iran. Joining the conflict in support of the Syrian Opposition is the Turkish armed forces, and at various points in varying degrees the United States. “The USA doesn’t seem to have a clear or even cogent foreign policy at this point,” Berkson observed, noting the manner in which the United States has offered support to differing parties at different points of the war. This has caused the conflict to rapidly grow in scale, consequently causing the Syrian Refugee Crisis. In fact, this result is possibly the most pressing issue of the war, and the issue which has spread the most misinformation regarding the Syrian state of affairs. The influx of refugees, alongside the western preoccupation with terrorism, has only exacerbated this information crisis. And in the case of the Syrian Civil War, it seems that understanding the larger contextual factors is key to unwinding the false or misrepresentative narratives.

What Are Some of the Root Causes?

According Berkson, “The Syrian conflict stems primarily from four forces.” Firstly, Berkson noted the existence of Assad’s autocracy. Especially following the Arab Spring revolts in Egypt and Tunisia, oppressive and violent regimes in the Middle East are now subject to much greater scrutiny than they have been in the past. “Secondly, you have Islamist groups. This includes both peaceful groups and violent organizations, such as ISIS.” For Berkson, this factor is important to note as a catalyst rather than a cause. The roots of the Syrian conflict have little if anything to do with religion. However, parties on all sides of this conflict have successfully used religion to denounce their rivals. Some groups, in particular ISIS, have even made it their primary focus to target and recruit the religiously ignorant and unread so as to avoid any chance of inward scrutiny.

Thirdly, Berkson detailed how various parties have sought to exploit this disorder for their own gain. This appears prominently in the tactics of ISIS, as well as in the role of Assad and his allies. Finally, the last major force Berkson noted as driving this conflict is the myriad conflicting interests, which have led to outside forces providing assistance or withdrawing assistance at pivotal points of the conflict. This can most clearly be seen in the response to the growing number of Syrian refugees. Conflicting interests in Middle Eastern nations have forced many of them to seek safety and asylum further abroad, where they still struggle to find a warm reception due to their representation in the media.

In Berkson’s words, “The best we can do is to educate ourselves”. It is the prerogative of all world citizens to dig deeper into the issues that they know little about, to understand the depth and gravity of it. Education, while not necessarily a direct solution to the problems in the conflict, is at the very least a stone paving the path forward. As in all things, context is key. There are an endless well of reasons, beliefs, and arguments that stand behind any major world issue, and none of them can be dismissed or reduced without taking a critical eye to them. One cannot be an expert on all things, but they can at the very least know enough to know that we all know very little.