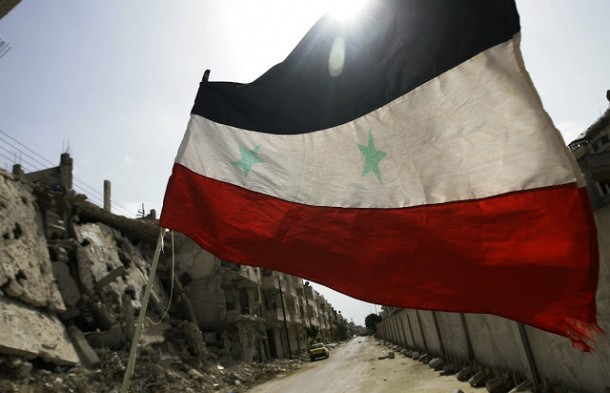 What’s Happening in Syria: Guide to the Civil War

The Syrian crisis began in 2011 and should be seen in the broader context of what has been defined journalistically The Arab Spring. The first public demonstrations against the regime of President Bashar al-Assad developed in Aleppo and Damascus, before expanding nationwide. During 2012, the crisis turned into a real civil war. The war is still in progress.

The opposition to the president sought the resignation of Bashar al-Assad and destroy the party structure of the Ba’th party. The regime’s repression becomes more and more fierce, but the opposition does not shrink back. A few months after the start of the protests, the FSA (Free Syrian Army), was created by a group of military deserters. The UN began to take an interest, but China and Russia put a veto on a UN resolution in October 2011.

The war is becoming more intense. In June 2013, according to data available to the UN, around 90.000 people had been killed in the conflict. Once in August 2014 this figure had already more than doubled, reaching to 191.000, continuing to rise, according to activists and the United Nations, to the 220.000 victims of March 2015.

According to a commission of inquiry of the UN, which investigated alleged violations of human rights since March 2011, both sides in this conflict have committed war crimes. Including murders, tortures, rapes and forced disappearances.

Hundreds of people have been killed by rockets filled with sarin gas , a nerve gas of the family of organophosphates, classified as a chemical weapon of mass destruction.

Nearly 4 million people have fled Syria since the conflict. It is one of the largest exoduses of refugees in recent history. The neighboring countries have borne the brunt of the refugee crisis, particularly Lebanon, Jordan and Turkey. A further 7.6 million Syrians have been displaced within the country, bringing the total number of people forced to flee their home to more than 11 million.

The Rise of Islamists in Syrya

At the beginning of 2012 begin to integrate foreign fighters in Syria. Some enlist in the FSA, other groups are being autonomous. Among them was born on 23 February 2012, the Front of Al-Nusra, a Sunni Islamic jihadist militia. The group is made ​​up of fighters coming from Iraq and they had been close to Abu Musab al-Zarqawi. They are considered the only representative of Al-Qaeda in Syria and not to be confused with Isis. Al Nusra Front fought for a period alongside the more secular forces of the Syrian rebels belonging to FSA. Then the relationship between the two groups frayed. Al Nusra Front had meanwhile become the group of Syrian rebels stronger, better able to raise funds and recruit volunteers, with combatants scattered throughout the country.

Behind the civil war in Syria is hiding a centuries-old conflict between the forces of Islam, Sunnism and Shiism. But there are other smaller denominations, such as the Ismailis and Alawites. The latter is the confession to which the president and the governing bodies of the Party belong.

The Alawite religious community is a branch of Shiism, a minority in Syria. Thanks to this particular can be better understood deployments of foreign countries. Shiite-majority nations, such as Iran and Iraq, intervened to protect the Syrian government, in order to maintain a government ally that allows to create a macro-region which reaches down to Lebanon. The other component that is added to the fighting is the Salafi movement, who belongs instead to the Sunni school of thought. Saudi Arabia, Turkey and Qatar, countries with a Sunni majority, support the Sunnis in Syria.

Although initially the demonstrations had a lay spirit, now there are two poles. The Shiite and most of the religious minorities in support of the government, and the front of the rebels mainly composed of Sunnison on the other one. From the perspective of sectarian Syria is predominantly Sunni Muslim (about 74%). Define the conflict a war of religion is not entirely wrong.

The Islamic State in Syria

The Islamic State makes its appearance in Syria in April 2013. On April 9, a group of Sunni jihadists changed its name, becoming the Islamic State of Iraq and the Levant, from Shaam, a word that in the context of jihad refers precisely to the concept of Greater Syria, with the elimination of the borders between Syria and Iraq. On June 29, the group started to eliminate the words “Iraq and the Levant” from its name, referring to himself only as the Islamic State. Stating the birth of the new caliphate, which includes the territories conquered in Iraq and Syria. The Isis in this period has already taken Raqqa, proclaiming it his capital.

In June 2014, Isis goes to Baghdad, effectively eliminating the border between Iraq and Syria, facilitating the movement of weapons and men. The June 29, 2014 Abu Bakr al-Baghdadi announced the establishment of the caliphate and calls on all Muslims to join. In July, a violent offensive in the governorate of Deir ez-Zor can defeat the rebel forces and Al Nusra Front. In October the Islamic State hoist the black flag on a hill in the east of Ayn al-Arab, the Syrian town on the border with Turkey, which will become a symbol of Kurdish resistance. The city will be released January 27, 2015 by Kurdish militias.

Today Isis is trying to win the largest number of infrastructure and has closely up the road between Raqqa and Palmyra, around which there are deposits of gas and oil.

Not to forget a brief reference to the faction of the Kurds. As regard the Kurds than the other factions? Not part or support the repressive regime of Assad, nor can they be regarded as the Islamic extremist militias.

The main religion of the Kurds is Sunni Muslim, but they are guided by a secular movement, welcome people of different confessions and govern a strip of territory in northern Syria, they called Rojava. With the conquests of 2015 the Kurds have managed to bring together the cantons of Ayn al-Arab and Jazir, while the area of ​​Efrir remains divided from the rest of Rojava by a strip of territory still held ISIS. The government is in the hands of the PYD (Partiya Demokrat Yekîtiya), of socialist-libertarian.

Last year, the Assad regime has found it increasingly difficult, especially against the advance of the Isis. Now it seems impossible a diplomatic and peaceful resolution of the Syrian War. None of the groups want to get to a peace agreement. Between August and September, Turkey and the United States had agreed on a plan of action against Isis, to create a safe-zone along the border between Turkey and Syria. The alliance Obama tried to create involving various governments; however, it has not had the desired effect against the Islamic State. The real news is the decision of Putin’s Russia to intervene directly in Syria. A choice that has showed all the insecurities of NATO.

Putin and the Russian Intervention

Putin ordered his planes to bomb terrorist positions in Syria, while UN and NATO were discussing coalitions and possible transitions to a new government. The first attacks, however, have concentrated in the region of Homs, in order to open a corridor that leads from Damascus to Homs and the coast, where there is most of the minority Alawite (the one of the Syrian president) and Russia controls thanks the port of Tartus. In Russian opinion all those who are armed against the regime are to be considered terrorists. Obama, worried about the political transition in Syria and the vision of Putin, warned: “We reject the idea of Russia that all those who are against Assad are terrorists.”

Meanwhile, the Syrian army is preparing a ground offensive, with the support of Iran and Hezbollah, which could also have the help of Russian aviation, a card that nobody else can play. The Islamic State, for example, hasn’t its own air force.

The new political fact is therefore the entry of Russia, once again, in the Middle East.  A scenario that has more the flavour of a proxy-war , between foreign powers. Iran, Russia and Hezbollah to support the regime, the United States, Saudi Arabia, the Gulf monarchies, France, United Kingdom and Turkey in support of the opposition forces. Today, Russia is again in the game of world powers, in a key area of the globe. Obama was quick to say that “this is not a war between the US and Russia” and that “it is not a game of chess between superpowers.” But the two great powers have not yet reached a compromise. A compromise possible only, according to Obama, focusing in the common struggle of Isis and in a parallel transition process leading to the exit scene of Assad. But it is precisely on this topic that the positions of Moscow and Washington do not seem to find a meeting point.