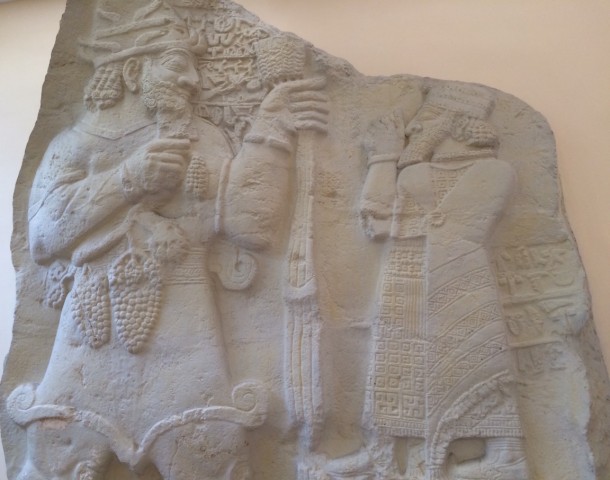 Where the Law Fails: ISIS and the Antiquities Trade

While ISIS (also known as the Islamic State and ISIL) is at war with western civilization, the West has also been one of the key bankrollers of the group. Collectors of antiquities, especially from the United States and China, have been buying ancient artifacts from a burgeoning trade out of Iraq and Syria. Whether they know it or not, much of the profit from their purchases has been going back to ISIS, helping to fund the Islamic militant group.

The regions which ISIS controls have been home to a vast number of civilizations: Assyrians, Greeks, Romans, and others. This has translated to a large number of ancient artifacts, many of which are now being sold to outside dealers, all to the benefit of ISIS’ finances. ISIS has tightly controlled the antiquities trade in its territory, not allowing locals to dig without a license and requiring 20% of any sale of an item uncovered by locals. The antiquities trade is no small side job for ISIS; in fact, its importance has been underestimated if anything. A former CIA analyst even sees understanding the Middle East antiquities trade as a key component in taking down ISIS.

The Taliban previously did this same practice in Afghanistan. And just like how the Taliban publicly destroyed large monuments in the country, ISIS has gained the most attention in regards to antiquities by bulldozing old Assyrian sites and bombing the ancient city of Palmyra. ISIS, like the Taliban before it, denounces any monuments or artifacts from non-Islamic civilizations as anathema—therefore they must be destroyed. Given ISIS’ own actions and press, few would initially think that they are actually using antiquities to make a profit.

But it actually makes sense from an economic standpoint. The large Temple of Bel in Palmyra or the giant human-headed winged bulls of Ninevah can hardly be moved or sold. Therefore ISIS can destroy these structures at no economic cost to themselves while simultaneously promoting a radical agenda of intolerance. Meanwhile all of the smaller finds, such as jewelry and ceramics, can be easily smuggled and sold through a variety of legal and illicit channels.

This trade has been extensive, both in supply and in sale. Five of the UNESCO World Heritage sites in Syria have been looted extensively and digging pock marks dot the Syrian landscape. It is difficult to determine exactly how much income ISIS has made from the antiquities trade, with estimates ranging from $4 million all the way to $7 billion. But ISIS has certainly already made enough to fund dozens of terrorist attacks.

The trade of antiquities has been going on since antiquity itself. While the problem is not new, an effective strategy of preventing it has not come about. The biggest issue is how the sale of antiquities often blurs the line between legal and illegal, given that determining the ownership history of an item is often incredibly difficult to ascertain. The process of actually selling these artifacts includes masking the history of the items and a supply of middlemen to obscure the true nature of the trade.

The UN has tried to take action with Resolutions 2199 and 2253, both condemning trade with ISIS. These resolutions have not proven effective, however, since member states have not all instituted legislation in their own countries to stop the antiquities trade. In addition, given the shifty nature of the antiquities trade, it would remain difficult to uncover any sales that lead straight back to ISIS.

Antiquities from Syria and Iraq have been dispersed around the world for decades, and with the mix of legal and illicit trade, the whole antiquities trade has become a gray morass. Antiquities trade laws aren’t a broken system as some have claimed; they are simply a system that never worked in the first place. That is why money from the West can pour into ISIS in millions of dollars without serious consequences for the buyers in most cases. Until a workable solution is devised and implemented ISIS will continue to reap the rewards of this legal quagmire, with deadly consequences.