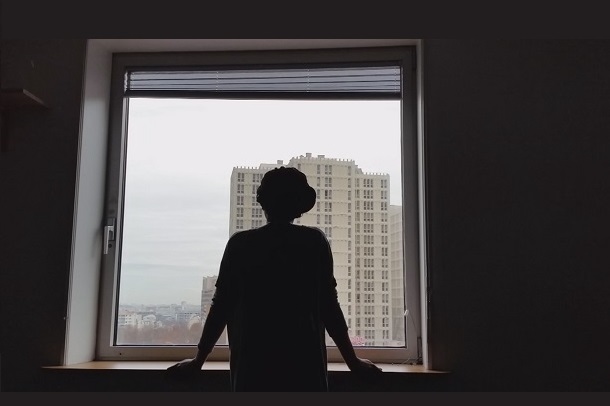 Sophie Kasiki, the Woman Who Came Back From Isis

Sophie Kasiki is 34 years old and she is not using her real name to tell her story because she fears retaliation. She was born in Congo into a very religious catholic household, but she was sent to live in France at the age of nine after the death of her mother, which sparked an early chronical depression that stayed with her throughout the years.

She became a French citizen and she started working as a teacher in a community center in a poor suburb of Paris, helping mainly immigrant families. She got married and had a child, who is now four years old. So far, the story seems to describe a successful example of cultural integration within the French society.

This is why, it is all the more astonishing to find out that its protagonist decided to move from her comfortable life in the Parisian suburbs to the capital of ISIS in Raqqa, Syria, and to bring her 4-year-old with her. She is only one of the over 200 French women who joined ISIS since 2010, when only 10% of all jihadist were female. Today, the figure is up to 35% according to estimates released by the French intelligence agency.

Last week her book about her journey to the gates of hell came out, it is called “Dans la Nuit de Daech”, or “In the night of Daesh”, and it was written with the help of Pauline Guéna. Spoiler alert: she made it back safe and sound.

It all started at the time when she was working in the community center. She decided to convert to Islam, in secret from her confirmed atheist husband, believing that the religion would give her purpose and fill her “hole in the heart”. She then met three younger Muslim men, whom she nicknamed “les Petits”, the little ones, and the four went on to establish a very close, almost brotherly relationship, so much so that she allowed herself to trust them on a very deep level.

In September 2014 the three men disappeared and later made contact with her again, explaining that they went to Syria to help the people on the ground, as humanitarian workers. She kept on talking to them on a daily basis and became some sort of intermediary between them and their families to tried to convince them to come back. 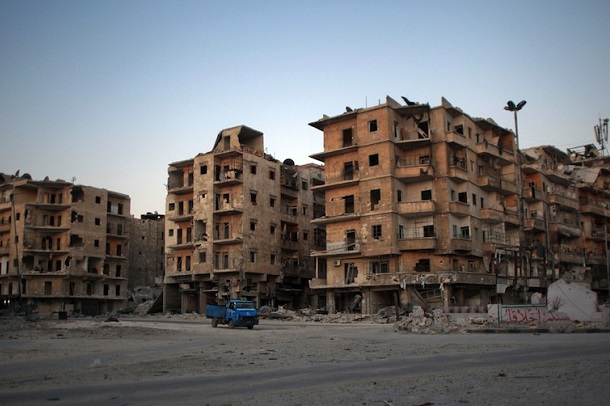 The ruins in the city of Raqqa after fightings took place between govenment forces and Daesh. AFP PHOTO / AHMED DEEB

But all of a sudden the conversation changed: it was no longer about simply passing on messages to their parents but rather about convincing Sophie to come and work in a maternity hospital and help Syrian women.

I thought I was in control of the situation, but I realize now they were probably trained to recruit people like me,” she said. “Little by little they played on my weaknesses. They knew I was an orphan and I had converted to Islam, they knew I was insecure …

They promised her she would make a difference in a place where people were in need. But they never mentioned their pledge of alliance to the Islamic State.

I still try to remember exactly at which point i allowed myself to trust them completely. They never talked about their involvement with Daesh. Their rethoric could have belonged to many Salafists and Muslims, it was about caring about other´s sufferings. There were no political exchanges between us. (…) they were there as Westerners of Muslim confession, in order to help a war-torn population. They were worried about Bashar al-Assad´s treatment of the civilian population.

So in February 2015 Sophie told her husband that she was travelling to Istanbul to volunteer in an orphanage for a few weeks. Instead she took the route through southern Turkey and crossed the border into Syria.

She was welcomed by the same three men who invited her to join them, but soon she experienced a vigorous cultural shock, once the reality of the violence and devastation of the city, as well as the serious restrictions imposed on women kicked in. Everybody in the city was armed, and she was forced to wear a niqab and to have a man following her anytime she went outside. 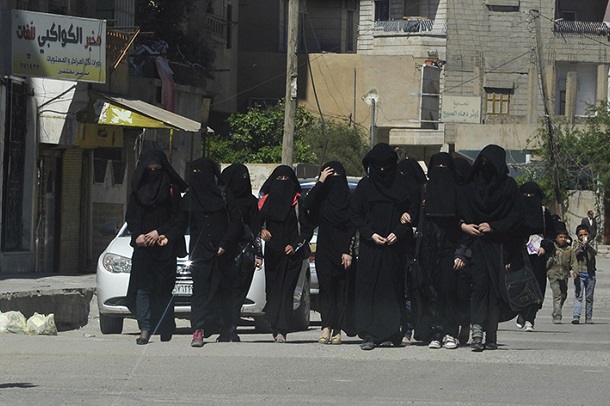 Female school students wearing a niqab walk in the streets in the northern province of Raqqa. REUTERS/Stringer

Even her work at the maternity hospital turned out to be different from what she expected. The patients were treated with disrespect and the conditions were unsanitary.

They behaved very arrogantly towards Syrian women, like a dictator or maybe a colonist. (…) They often stayed amongst themselves and felt like the “élites” who came from abroad to help this country that was falling apart.

It took her 10 days to realize the terrible mistake she made. Alone in a foreign country, without being able to speak the local language and with a four-year-old at her charge, she turned to the people who helped her to come to Syria but she was denied any assistance.

I asked to go home. Every day, I said I missed my family and my son needed to see his father. To begin with they made excuses, then came the threats. They said I was a woman alone with a child and I couldn’t go anywhere, and if I tried to leave I would be stoned or killed.

I was terrified someone would come and take me to prison and I’d have to leave my son with them. I spoke to him all the time: I tried to impress on him things he wouldn’t forget; that his father and I loved him; that he had to be kind to girls. I talked in the hope it would sink in, and if something happened to me and he fell into Daesh’s clutches he would have my voice in his head and would not be able to kill … I was like a lioness trying to protect him.

Instead, she was taken to the maddaffa (guest house), a prison-like facility where foreign women are temporarily located, waiting either for their men to come back from the front or to be married off to a new fighter. The only entertainment in the house were atrocious propaganda videos, where ISIS members mercilessly slaughtered their enemies, as the children and women of the maddaffa cheered along.

The women saw ISIS fighters as their Prince Charming, someone who was strong, powerful and would protect them. The only way out of the madaffa was to marry one. In reality, these western women were just wombs to make babies for Daesh. 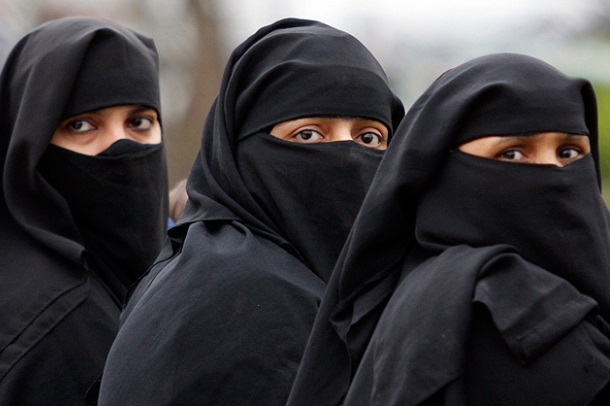 One day, Sophie found one of the doors unlocked, as the other women were preparing for an upcoming wedding, and escaped with her little son. She was taken in by a local family who risked their lives in order to hide her.

She later made contact with Syrian Freedom Fighters with the help of her husband, who never stopped writing her. On the night of April 24, 2015, a young Syrian drove Sophie, with her son hiding under her niqab, by motorbike to the Turkish border. Had they been caught fleeing, they would have all been killed.

Back in Paris, she was interrogated by the French intelligence forces, sentenced to two months in jail and forbidden any contact with her family. Now she is free but she could still potentially face charges for child kidnapping.

I have gone back over everything and asked myself, how did this happen, how could I have done this? Yes, I was naive, confused, fragile, vulnerable even, but how were these ordinary, not particularly smart boys intelligent enough to brainwash me? It is a question I still ask myself.

Sophie and her son are now safe and back home, but she is faced with guilt and regret, as the thought of what could have happened to her son if she hadn´t managed to escape still haunts her. Her husband showed her a picture that ISIS had sent him of their son posing with an automatic rifle. “It must have been taken while we were there, but it was the first time I’d seen it. I felt sick to the heart” she said.

“Now I must prevent other people being drawn into this horror. What can I say? Don’t go.”