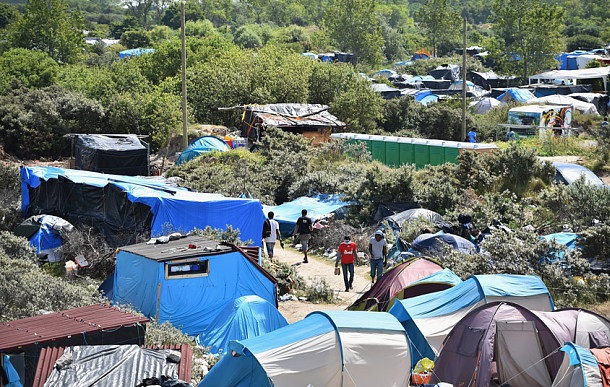 Today Monday 18, France is set to bulldoze the tents of about 1,600 refugees living in the so-called “Jungle”, the illegal camp built in the northern French city of Calais. About 6,000 refugees are temporarily located in Calais, looking for a way to reach Great Britain and seek asylum there.

French authorities are encouraging residents to move into a EUR 25 million facility designed by the government to host refugees in legal and more sanitary conditions. The new camp is made of over 300 re-purposed shipping containers that can accommodate 12 people each. They are equipped with heaters, electrical sockets and cots for babies, but refugees protest the lack of privacy and ability to store personal items.

This is why relocation efforts have been met with resistance by the migrants. Although refugees are constantly exposed to elements, camped in the mud and at risk of epidemics, life in the Jungle has developed into something unexpected, something that no container camp can offer. Over the course of the past months, several shops, cafes, libraries and other recreational locals have sprouted up all over the camp, offering refugees a possibility to have some kind of social life.

Many fear that joining the government camp, a large structure surrounded by a fence where refugees will be required to be registered through a hand scan, will likely result in them losing those few liberties. The facility is perceived as a prison-like environment, and migrants feel that if they accept to move into the new camp, their chances of seeking asylum in the UK, where many have family connections, will become slimmer. 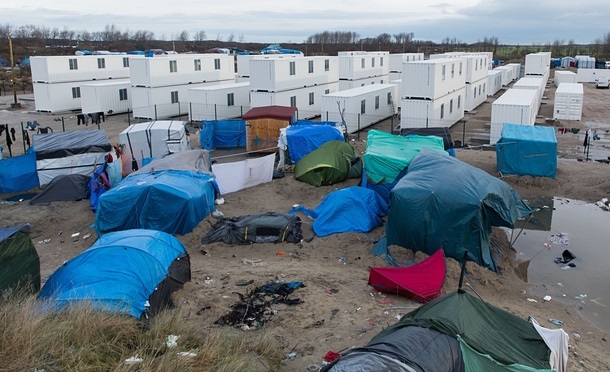 On the Background: The new Containter Camp

The French government has so-far denied those claims, but the volunteers working in the Jungle report that authorities have been encouraging people to start the procedure in France. Claire Mosely, founder of the volunteer organization Care4Calais, has told business insider that the biggest issue in the camp was the lack of communication:

People are worried, people are scared because they don’t know what is going to happen. Nothing is certain.

In this climate of confusion, there have been several clashes and violent encounters between local right wing groups and the refugees. Police has reportedly fired tear gas and rubber bullets into the camp on multiple occasions in order to de-escalate the conflict, even though many volunteers argue that authorities stand clearly on one side. Dave King, an activist with Jungle Canopy, a U.K.-based charity that provides donated trailers to camp residents, said that:

The riot police fired tear gas and rubber bullets, while the local extreme right stand behind them and hurl rocks. It’s madness. It is clear, deliberate escalation by the authorities. 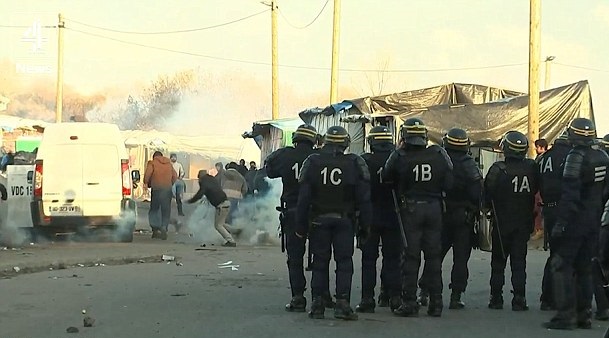 In the past days, tensions have been rising on both sides, as international newspapers reported that two bulldozers set to be used for the removals of the shelters were vandalized, and some of the containers were spray-painted with anti-government graffiti. Moreover, two Dutch filmmakers, who were shooting a documentary in the camp, were assaulted on Friday by refugees wielding pepper spray and knives.

In this climate of desperation and unpredictability, both the refugees and the local community seem to be pushed to the limit. The migrants come mostly from war-torn countries such as Afghanistan, Syria or Iraq, and are growing more and more anxious at the situation and attempting to cross the channel in increasingly risky ways, such as jumping directly on top of trucks and commercial vehicles and hiding in unsafe compartments.

On the other side, the local population is infuriated at the lack of government action and feels that the newly built camps threaten the small and quiet community, which had also been hit hard in recent years by the financial recession. In the past regional elections, the region of Nord Pas de Calais Picardie has emerged as the most right-wing in France, with the highest support for the “Front National” party, the most conservative party in the country.

Authorities have cracked down on illegal channel-crossing and as a result, the refugees are stuck in a limbo and cannot see the light at the end of the tunnel. Vicky Hawkins, the director of the UK division of Médecin Sans Frontière, said that

The whole thing is way below what you’d expect for 2016. People are living in completely unacceptable circumstances, and there is a real risk people will go to sleep and not wake up because it’s so cold.

Many NGOs working at the camp point the finger to the EU saying that there needs to be a more coordinated effort between the states to improve the treatment of refugees. Meanwhile, the UK keeps on investing in protective measures by hiring a staggering number of police officers to work at the border and by building a £5.6 million steel and barbed wire fence to make it more difficult for people to access the Eurotunnel.