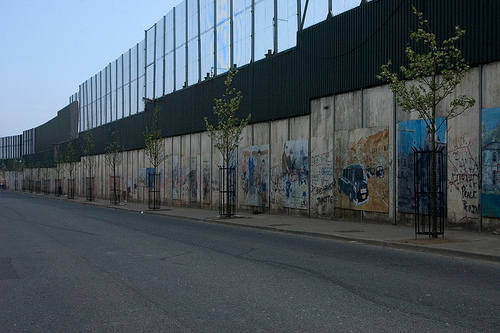 The recent tragic events befalling Tunisia have raised the spectre of Islamic extremist attacks here on British soils. This shadow has been looming larger than ever over the last two years as the rise of Islamic States has precipitated attacks on our allies in Boston, Montreal and Sydney, among others. Simultaneously, it has buoyed and inspired splinter terror groups elsewhere, such as in Nigeria and more recently Libya and the Sinai Peninsula, raising the spectre of overspill in our fluid world.

Yet, for Britain and Northern Ireland, another major threat from terror still resides with the modern manifestation of the IRA and other dissident Republican groups. Last year, British intelligence intercepted and scuppered a number of attacks while killing off  potential attacks at their roots via a number of methods, in particular through huge weapon seizures. The situation in Northern Ireland is becoming so tense that the head of the MI5 said the peace process now hangs by a thread; before Christmas of last year the whole system agreed in the 1998 Good Friday Agreement, which for many outside of Northern Ireland ended The Troubles, almost fell apart after holding relatively steady since 2007. Alongside this, tensions over the budget earlier this year almost led to a breakdown in Stormont, the devolved Northern Ireland assembly, which were only augmented over the sudden illness of DUP leader, Nick Robinson.

For everyday residents of Northern Ireland, both Catholic and Protestant, the situation remains anything but peaceful and the feeling of mistrust leaves the country far from unity. The tensions are best epitomised by the Peace Lines in Belfast, a number of walls that are a type of self imposed apartheid, which prevent Protestants and Catholics from entering the others’ communities. More of these walls have been built in the almost twenty years of ‘peace’ than were built during the Troubles, when British troops would patrol the divided urban landscape. A number of other realities including heavily armed police, armoured security vehicles and road blocks all mean Northern Ireland looks more like a Middle Eastern war zone than a part of the United Kingdom.

This is because there is a very real threat that a minority of Republicans may escalate their campaign again and lead to a cycle of violence through retaliatory attacks by Loyalists, who feel let down by the peace processes and the British Government and fear absorption into Ireland. This fear stems from the fact that although the organisational structure of the IRA has been wound down, it’s advocates, sympathisers and members still remain with the same ideological drive that underpinned them for decades; a terrorist group who placed over 10,000 bombs and partook in an uncountable number of shootings, knifings and assaults but ultimately failed in their aims is not exactly going to go away so easily.

This is why, while Islamic extremist poses a particularly acute threat on our society because it is more akin to an ideological struggle, we must be wary to not be so tied up in that conflict we neglect the still present issues blighting Northern Ireland. Separatist groups still make up the bulk of terrorist attacks across Europe, a statistic admittedly skewered due to issues in and around Ukraine. But with this in mind we must continue to be vigilant against republican terrorist attacks.