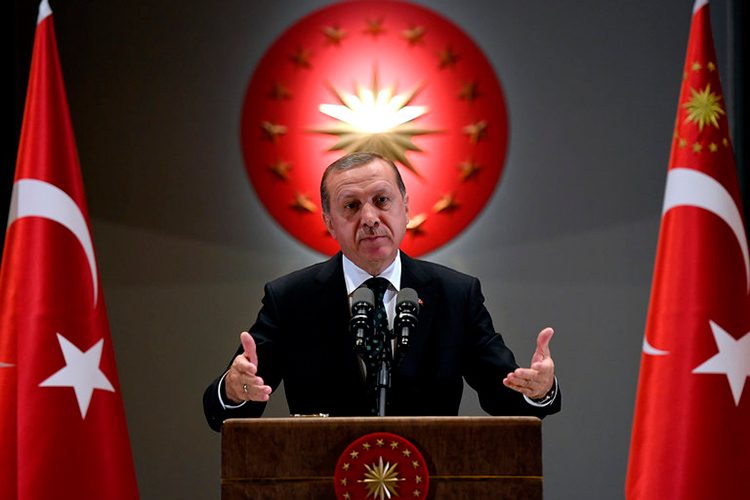 The old continent keeps hitting the headlines this summer, after the tragic terror attack in Nice, 24 hours later – France’s third terrorist attack in 18 months – the world assisted in the aftermath of a chaotic though popularly seen as a “fake” coup in Turkey. On Friday, August 15, 2016, a part of the Turkish army, “Peace at Home Council,” allegedly attempted to seize control of this strategic North Atlantic Treaty Organization (NATO) member, bridging Europe and a fragile, fragmented Middle East – this latest coup marks the sixth attempt.

A fraction of the Turkish army that rebelled against Erdoğan presumably took aim at restoring the democratic secular values of the Turkish constitution established by the country’s iconic leader Mustafa Kemal Atatürk from whom Erdoğan distanced himself enormously. After a few hours of incertitude in Istanbul and Ankara, it appear to be business as usual in the capital and the countries prominent city spanning the two continents in the early morning after Turkish citizens inundated the streets following the Erdoğan call to defend the Turkey against the nation’s “traitors.”

Turkey has been the stage of five successful coups since the birth of the Republic in 1923. This latest attempt is not the first time the military tried to seize power (the last coup happened nine years ago). The Turkish people are accustomed to the military’s strong role. In recent Turkish history, it has occasionally assumed power during Turkish crossroad moments and acted as the “keeper” of the constitutional balance. Çevik Bir, a general who helped plan the 1997 coup nicknamed “a coup by the letter,” painted a colorful portrait with his words: In Turkey we have a marriage of Islam and democracy … The child of this marriage is secularism. Now this child gets sick from time to time. The Turkish Armed Forces is the doctor who saves the child. Depending on how sick the kid is we administer the necessary medicine to make sure the child recuperates” (Ackerman, 2016).

Since his accession to power, Erdoğan has challenged and transformed the Turkish state by vesting himself tremendous executive power. He has also brought Turkey’s major institutions under greater Islamic influence. The army’s conduct during the short coup is rather striking because is resembled, not the work of a professional, experienced, or well-trained modern military force, but instead the work of a band of amateurs stirring commotion. That commotion, whether it was fabricated by the leadership of Turkey or not, has paved the road for strategic purge, blood-letting of parts of Turkish society able to block Erdoğan’s path to more power (see Hughs, 2016).

The rebels barely managed to secure key strategic points like Istanbul international airport or the national television broadcast offices, raising questions about the coup. Moreover, they never arrested any key leaders from the executive or legislative branch. This fact raises the speculation whether this coup was merely a Machiavellian move by Erdoğan to ensure himself a new series of constitutional modifications that would enthrone the President and allow him to enjoy a position of supreme power throughout the country (Hudson, 2016).

Human Rights Watch (HRW) noted that since his last electoral victory, Erdoğan has portrayed very little tolerance toward any kind of opposition (political, the one expressed in the streets or freedom of press). His government habitually interferes with other powers such as the judiciary much like Putin’s United Russia and the Communist Party of China (CPC) (HRW, 2016). Erdoğan has joined the ranks of today’s militant authoritarians.

It appears suspicious that a few hours after the end of what one might call a masquerade, Erdoğan considered more than 2,000 judges a threat to national security. Not long after the “coup” was over, the purge began, which has recently been extended to the education sector and could be extended further still given Turkey three-month state of emergency. The macabre afterglow will give full latitude to Erdoğan to achieve a purge among the army and remove opponents roadblocking his authoritarianism (Gutman & Surk, 2016).

Turkey has also suspended the European Convention on Human Rights. Minister of Justice Bekir Bozdağ has attempted to cushion Turkey’s post-coup image by stating, “[t]he measures are necessary in order to make sure there is no repeat of the coup attempt … If we could accomplish our task without [the state of emergency] we would. This is not martial law” (BBC 2016). Nearly half of all Turks are dissatisfied with the direction of Turkey – a dramatic shift from dissatisfaction of the population under Erdogan’s predecessors Abdullah Gül and Ahmet Necdet Sezer, which stood at 93% in 2002 and 75% in 2008/09 (Pew Research Center, 2015). Erdoğan’s politics continue to shift Turkey away from possible European Union (EU) accession.

Calls have been made for Turkey to be expelled the North Atlantic Treaty Organization (NATO) because of Erdoğan actions that barely accord with the principles of other NATO member states (there is a great distance between Turkey and Canada) and the organization as a whole. “The reality is that Turkey is an irresponsible loose cannon. NATO is supposed to be an alliance of peaceful democracies. Yet, evidence continues to mount that Turkey fails to meet either standard. At best, the country is now what analyst Fareed Zakaria termed an ‘illiberal democracy’ – a state that has periodic elections but where reliable protections for dissent are lacking and the political process is rigged in favor of the incumbent regime (Carpenter, 2015).

It has become a matter of shared values and a question of how shared they really are. Erdoğan is a loose cannon, acting as a true autocratic leader, so much so that Putin has invited him to Moscow, possibly to warm-up the relationship between Turkey and Russia.

*This op-ed was co-authored with Benoît Masset.