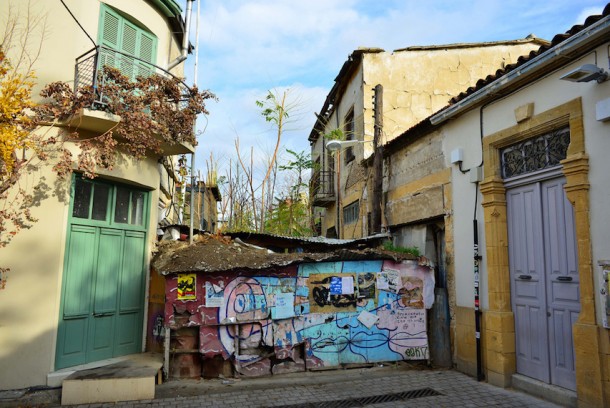 To Unify an Island: Cyprus Work Toward Unification

While most of the world has been focused on Brexit in Europe and unrest in the Middle East, between the two landmasses the third largest island in the Mediterranean has been undergoing a chance at unification for the first time in over 40 years.

Becoming independent from the United Kingdom in 1960, Cyprus was only an independent unified island for 14 years before it was split on ethnic lines. The island of Cyprus has been divided into two zones since 1974, when Greece tried to lead a coup to unify the island with the Greek state and in response Turkish forces invaded the northern part of the island. The island is now divided between the international recognized ethnically Greek Republic of Cyprus in the south and the Turkish Republic of Northern Cyprus, which is only recognized by Turkey, in the north.

The current presidents of the two republics, Nicos Anastsiades and Mustafa Akıncı, respectively, are both staunch advocates of the benefits of reunification and have met several times since Akıncı was elected in April 2015. Both of their governments have been building momentum towards a possible agreement, which still aims to be completed by the end of 2016. Of course strong opposition to reunification remains on both sides of the island. Akıncı and Anastsiades’ generation is the last to have lived in a unified Cyprus and the younger generations are estranged from the memories of a unified island.

While negotiations between the two sides have begun in earnest, there are many divisive issues to be hammered out.

One of the largest hurdles in the negotiations will be the presence of 30-40,000 Turkish troops in the northern part of the island. But Turkey has officially supported the idea of settlement; very likely due to Turkish attentions being focused many other crises, from the recently attempted military coup to several million Syrian refugees inside its borders. In addition, Turkish backing of an agreement would help to smooth the path to Turkey’s EU membership, which has been stuck in negotiations since 2005.

But in the past few weeks, under Turkey’s guiding hand, the Turkish Cypriots had requested a Turkish guarantee and the presence of Turkish troops, both of which were rejected by the Greek Cypriots.

One of the largest concerns in the north is making sure that Turkish Cypriots have adequate representation in the reunified state, which was a concern even back before Cyprus was originally granted independence from the UK in 1960.

Greek Cypriots, meanwhile, want a readjustment of the 180km long border between the Greek and Turkish zones, given that they make up a considerable majority of the island’s population. They also want Turkey to write off the billions of Euros it has spent subsidizing the north as well as the return of a proportion of Turks who have migrated to the island from mainland Turkey since 1974. Also, given Cyprus’ status as a EU member, any reunification agreement must be in line with EU values.

One of the biggest potential concerns is the cost: reunification will necessarily include compensation for the 160,000 Greek and 40,000 Turkish Cypriots that were forced to leave their homes in 1974. And Cyprus recently suffered an economic crisis in 2013 and received a several billion Euro bailout. Although it has recovered considerably, Cyprus would still have to consider this compensation in light of their recent economic situation.

Even if the island is reunified, however, the ethnic dividing lines will still remain. In 1974 the populations roughly split along a Greek-Turkish fault, and 40 years down the road it is unlikely that Cypriots from either side of this line would move back to their former homes. Reunification of Cyprus would lead to the reunification of Nicosia, Europe’s last divided capital. Meanwhile, the settlement would most likely result in a single Cypriot state with two equal zones.

Given the recent attempted military coup in Turkey, however, both sides of the island will be looking nervously towards Ankara in the coming weeks. Turkish President Recep Tayyip Erdoğan has used the attempted coup to strengthen his grasp on power and increase his authoritarian rule. Turkish Cypriots will be worried about the possibility of an outright Turkish annexation of their self-proclaimed republic, while Greek Cypriots could see their chances of reunification struck down by the influence of the Turkish government. Already several Turkish military officers stationed on the island have been detained and a team was dispatched from Turkey to investigate the Turkish military staff on Cyprus.

Cyprus has partly been a microcosm of the greater Greek-Turkish enmity that emerged from the Greek War of Independence (1821-1832) and was inflamed by the Asia Minor Campaign after World War I between the Greeks and Turks (1919-1922) and the subsequent atrocities and population exchanges. While war threatened several times between Greece and Turkey during the twentieth century, relations have begun to improve. In 1999 Greece and Turkey sent each other with humanitarian assistance when earthquakes struck the region, and in 2010 Erdoğan, the current Turkish president, went to Athens to lay out the foundations for a closer Greek-Turkish relationship. Perhaps this Greek-Turkish détente is indicative of the opportunity at rapprochement that currently presents itself for Cyprus.