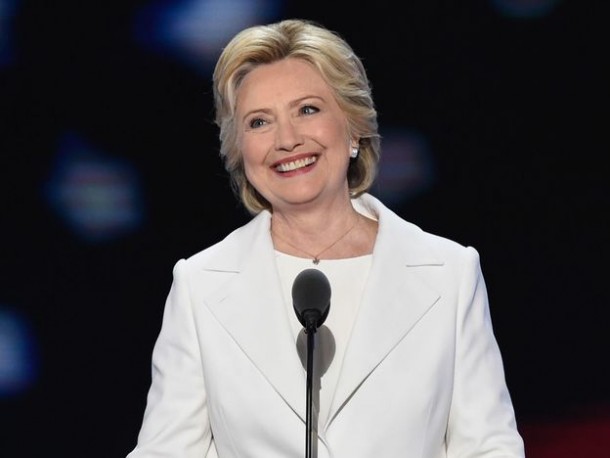 Last Day of the Democratic Convention

The last day of the Democratic Convention could only be described one way, a big disappointment. Hillary’ speechwriter should be fired immediately, the campaign manager should be put on notice; better yet, he should be demoted, resigned or let go. It was a BIG Trump Bashingza party which resulted in little but pleasing those who already support Hillary.

Day 4, the last day of the Convention was the day for the presumptive nominee to officially accept the official nomination of the Party s/he represents. So it went; last night, Hillary Clinton, after several “Berns” – some of which still hurt and there were plenty of reminders in the auditorium, a few “Bernie or Bust” holdouts silently protesting her nomination on the floor of the Convention – she suffered during the primaries, Hillary Clinton through hell and high water became the nominee of the Democratic Party and officially accepted such during her speech.

Last night could have been the biggest and best night of the Convention; it should have been. For starter, the campaign managed to parade a few “Republicans for Hillary”, a freakin’ big deal for her campaign; to have adepts from the Republican Party, the party she wished to defeat in the general elections in November – it is the first time in the history of the United States that Republicans have publicly announced their support for a Democrat nominee for president; that’s a freakin’ big deal –  joined hers could have been better exploited. Secondly, Missouri Rep. Emmanuel Cleaver delivered the most fiery speech (1-minute video below) of support, defense and endorsement of Hillary.

Hillary should fire (or have Donald Trump do it) her speechwriter. He did what may become historically the most terrible acceptance speech ever; while she’s at it, she might as well demote her campaign manager, a decision she should have made following the crushing defeat she suffered in the New Hampshire primaries.

All she had to do last night was to soar above the fray but instead of a speech to rally Bernie’ supporters – just to say I need your help would barely move anyone in her direction – and open the door for the Undecided, the Independent and yes even some of Trump’ supporters, – to bash Trump in the speech did just the opposite – Hillary simply continued the same boring “Trump Bashingza” her surrogates had done throughout the four-day Convention. Her speech should have avoided any reference to Trump, his outrageous statements and behavior and yes even to what he proposed as solution for the country. Her speech should have focused on the following, to 1) re-introduce herself to the nation 2) give a brief view of the current state of affairs in the country 3) outline her plan to tackle the problems confronted by the nation and the world 4) for good measure, extend an invitation to the Republican legislators to end partisan bickering and enlist their help to move the country forward “together”.

While it is without doubt that her supporters may have felt differently, – they are blind lovers who cannot see past their emotions – the acceptance speech was just that, a speech to accept the nomination. There is nothing memorable about the speech; there is no rallying cry; there is no statesmanship; there is no attraction, no appeal. It was a major disappointment but it didn’t seem that way last night; thousands of balloons and confetti were dropped to celebrate the moment – they should have let her drop her own balloons, I joked – and the fans were all excited. It was however less than impressive, it was a big disappointment.

I was very surprised by the lack of substance in her speech considering that her husband excels at those sorts of things; then again, Bill may have taken a hands-off approach or his wife may have worked out a stay-out of the campaign deal unless called upon. – Bill is still going to be Hillary’s surrogate – The problem was not in the delivery of the speech; she did as good of a job you would expect anyone could do with such a piece of trash. The campaign message delivery and strategy are seriously flawed and may contribute a great deal to a defeat in November. It wasn’t a Convention; it was just a Trump Bashing Party.