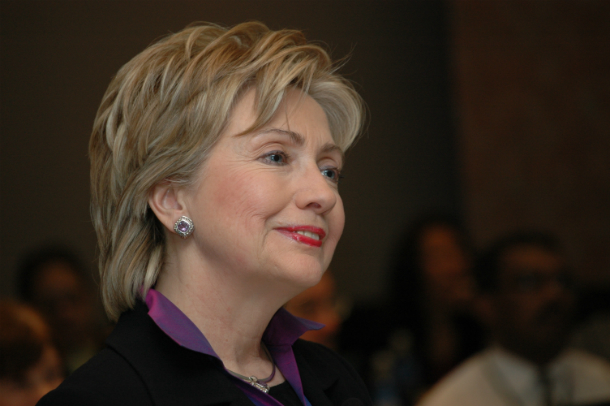 Hillary Clinton as Next US President

Today, I declare that the next president of the United States is unequivocally Hillary Clinton, the first female to be elected to this post since the creation of the Republic. Although the statement sounds more like a fait accompli, it is however a prediction of the outcome in the US general elections in November 2016.

Who the hell am I to make such bold prediction? We’ll get to that in a minute. Later in this article, I will provide rationale for my prediction but most importantly I will provide irrefutable proof that all my predictions during the US 2016 presidential primaries have been correct.

If you are a Democrat, I can imagine how excited you must be right now; in fact, it has most likely been your prayer and hope that Hillary Clinton wins the general elections. Rejoice, your prayers have been answered.

If you are a Republican (with no concern for the country’s wellbeing), you probably quip, dismiss my prediction, huff and puff or worst curse me, for you would naturally want Trump to become the next president. I hate to rain in your parade, it’s not going to happen. My predictions are sealed. But if it is of any consolation, I encourage you to read why you should not vote for Trump in November.

My prediction in this article is unrelated to my plea for you to vote against Trump; whether you do or not does not change my prediction but it would be the noble thing to do.

Throughout the 2016 presidential election cycle, I have provided my audience a peek into the future of the race for both the Democratic and the Republican Partys. In my analysis, I filtered through the noise of partisanship, party affiliation and looked beyond the daily chatters in the media, the verbal ping pong attacks and counter-attacks, accusations and counter-accusations of both partys and candidates in order to arrive at the most plausible conclusion of an outcome.

With a “psychological model” of both campaigns and the electorate I have developed – I completely bypass the electoral map used by most experts to predict the outcome of presidential elections – I was able to arrive at the conclusion that Mrs. Clinton is unequivocally the next president of the United States.

I will discuss below in further details the factors I used in my model to arrive at said conclusion and made such bold prediction.

2.- Mrs. Clinton’s qualifications are unmatched; no matter how much one may hate Hillary to even find her despicable, it is highly undeniable that she is the most qualified individual who has bid for the seat of the presidency in modern time. These assets will be prominently displayed in various venues and discussed extensively in the months to come before the November elections.

3.- Donald Trump offers slogans and talking points; no matter how much one is loyal to Donald Trump, it’s impossible to discuss his plan for the country; he doesn’t have any. The only thing Donald offers is a list of slogans and talking points. Even his website is a continuation of the slogans. As time goes by, it will become apparent to all including his loyal supporters that Mr. Trump has really nothing to offer to the country.

4.- Hillary’s plan is detailed; contrary to her opponent, Mrs. Clinton provides in her campaign’s website plenty of details about her plan for the country and the policies she would implement as president. Whether one agrees with those policies or not is a different topic but it is very clear she put a lot of effort towards devising a plan and gave a lot of thought to the seriousness of the job.

5.- Hillary is a great debater; we’ve seen both her and Donald Trump on the debate stage during the primaries. If his past performance is any guide, Donald Trump sucks at debate; he is extremely incoherent, displays complete lack of knowledge on most issues. Hillary on the other hand displays command of the stage and is comfortable discussing any topic to great details.

6.- Hillary has a dream team of surrogates; Hillary has at her disposal a team of surrogates which would undoubtedly be referred to in history as the A-Team of surrogates a) Bill Clinton, her husband, is by any measure the most articulate individual capable of “driving a point home” for any audience; he was named “Explainer In Chief” in the 2012 Obama’s re-election bid b) Barack Obama, as a surrogate, is a very big deal. He earned the nickname Campaigner In Chief for being probably the best there’s ever been in the history of presidential campaigns. In reality, Mr. Obama is much better at explaining others than drumming his own beat c) Joe Biden, although recognized as “Blooper In Chief”, can easily captivate any audience. He commands attention when he speaks. Joe is funny and is also very good at driving a point home. He is a very effective speaker to have as a surrogate during a campaign d) Elizabeth Warren is probably the best surrogate to take on Donald Trump. She can be as much of a bully as Donald Trump although smarter, more respected and trusted. She is in the best position to make a case for Hillary than any of the other surrogates e) Senator Bernie, if he endorses and supports Hillary as she did for Obama in 2008, will prove to be one of the best secret weapon against the GOP political machine; with millions of young supporters ready to act on his command, Bernie can easily route the Donald Trump’s campaign

It is a very difficult, if not impossible, hand to beat irrespective of what the electoral map may convey and unless some major, unforeseen, exploding revelations emerge to rock the Hillary’s campaign before the November elections. Otherwise, as previously stated (a few times), Hillary Clinton is undoubtedly the next president of the United Sates.