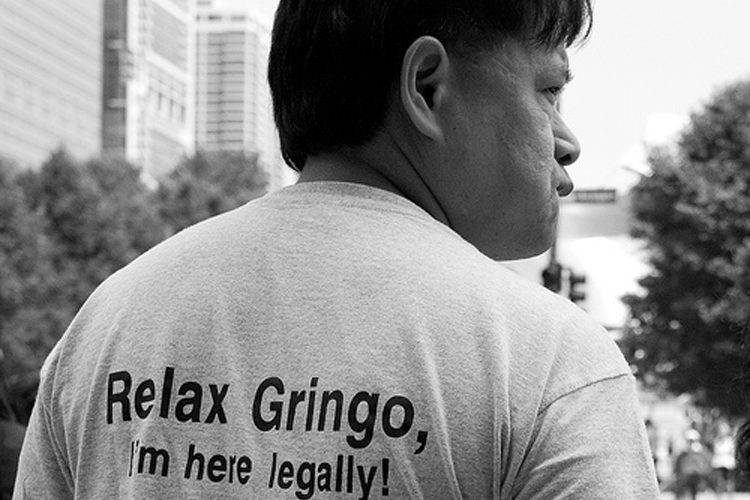 The Unresolved Situation of Salvadorans in the U.S.

Salvador Ruiz, 43, is one of the 200,000 Salvadorans in the U.S. who are scrambling to figure out a path forward after President Donald Trump decided to cancel the Temporary Protected Status (TPS) for this country.

TPS is the legal status that has allowed him to work in the country for 17 years. The program was created to offer humanitarian relief to people fleeing from war or natural disasters in their home countries.

“I have worked every day since I was given TPS, followed the law to the letter, paid my taxes and renewed my status every 18 months. I don’t see where this decision comes from,” said Ruiz, who is a TPS holder since President George W. Bush granted the temporary residence in 2001 after two earthquakes devastated El Salvador.

The Department of Homeland Security announced in January that the disaster-related conditions upon which the program was originally designated no longer exist and is giving Congress an 18-month period, ending in September 2019, to find a permanent solution. Critics say the decision overlooks the country’s inability to take back the Salvadorans that will be forced to leave the country. 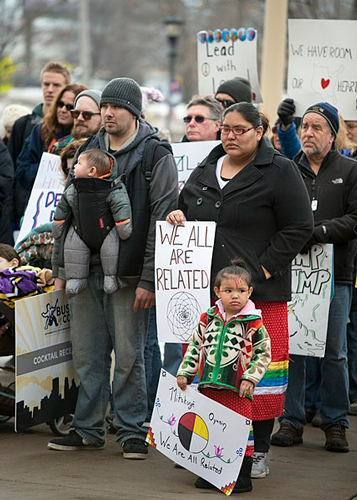 However, government officials have specified the only criteria they consider for TPS is the original reason for its designation. Since El Salvador has recovered from the earthquake, there is no justification for the extension of the program-although the program has remained in effect for 20 years.

Although TPS is granted to individuals from countries where extreme circumstances make it impossible to return, Ruiz, as many other TPS holders, came to the United States illegally long before the earthquake struck El Salvador.

“My family and I have deep roots and ties in Nebraska [the state where he lives],” said Ruiz, who escaped from El Salvador’s poverty and violence in 1999 and never came back. “What hurts me the most is that this will affect my kids, who are U.S. citizens and have no idea what is like to live there.”

About 192,700 U.S.-born children have Salvadoran parents who are TPS holders, being El Salvador one of the top countries of origin for immigrants holding this status.

Maria Elena Garcia, 40, immigrated to the United States in 2001 and said the hardest part of going back would be taking her four kids to a place they have never been before and where people who come from the United States are often extorted and kidnapped by gangs.

Violence has surged across El Salvador since Garcia left the country 19 years ago. In 2015, the country had a homicide rate of over 100 per 100.000-the highest in the world, according to an Insight Crime report.

“What am I going to do in El Salvador? My country is extremely poor and dangerous. Even if I don’t bring money with me, people will think my family is rich because we have lived in the U.S. My kids will just go there to suffer with me” said Garcia, who lives with her husband and four kids.

Officials in the Trump administration say TPS holders accepted the permit knowing they will eventually be required to return to their countries. Yet, many Salvadorans say they will try to stay illegally rather than facing the gang violence in their homeland.

“I will stay until they kick me out. I will do anything from my children,” Garcia said.

In the meantime, her husband has sent letters to Congress and traveled to Washington, D.C., several times to advocate for a permanent residency. Many TPS holders across the country are traveling to the nation’s capital to meet with legislators, aiming that their voice will be included on the decisions concerning the program.

Jose Molina, 48, has traveled three times in the past year seeking a permanent residency.

“The way I see this, the government and the companies we work for, know that they will lose people who contribute to the economy with their work and the taxes they pay,” said Molina, who claimed to have paid almost $400 in taxes in a 72-hour workweek.

There will certainly be an effect without the Salvadorian workforce in the country. $109.4 billion would be lost from U.S. GDP over 10 years without Salvadoran workers who hold TPS, according to an American Progress report.

Molina said TPS is often overlooked and most people don’t know about it because it has not received the same media attention as the Deferred Action for Childhood Arrivals (DACA).

“I know it’s different because they are students, lawyers, and doctors, but we, the construction and meatpacking plants workers also belong to this country,” he said.

Mario Vasquez, 42, has worked in a meatpacking plant for 15 years. He lives with his four children, two who were born in the U.S. and two who hold a DACA status.

“I think I deserve having a residency after 19 years of being here. I have worked for it and given my life to this country” Vasquez said.

He also owns his own business and home, and pays taxes on both.

“I understand the circumstances of the earthquake don’t justify keeping TPS, but I don’t think it was fair to eliminate it without giving another option for the people who are keeping up with taxes, have a clean record and have good intentions to stay here,” he said.

Vasquez still feels optimistic towards the possibility of obtaining a permanent residency although TPS was the only avenue he found to normalize his status in the United States and the possibility to be included in a comprehensive immigration reform is still up for debate.

“Together we are stronger, and I am confident that our efforts will have an impact in Congress,” Molina said. “If we choose to do nothing about it, we can’t expect them to care.”