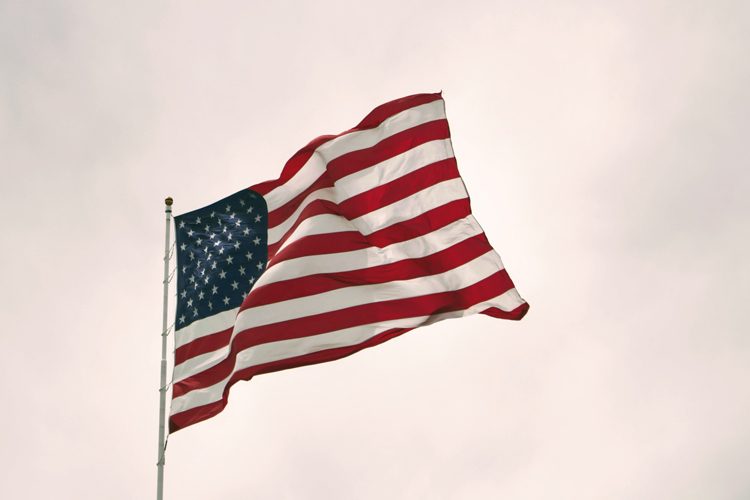 There is growing reason for concern that the U.S.-led global liberal order is at a critical point. Not only are an increasing number of powerful international actors challenging the stability of this order, but there are a range of internal issues that are weakening the order from within. In recent years, an unprecedented growth of authoritarianism and national populism has swept over the Western world rejecting the long-standing institutions that had established and promoted the global liberal order for much of its existence. Particularly concerning has been the new U.S. administration’s approach to foreign policy. Throughout the past 70 years, U.S. presidents coherently promoted the global liberal order as the major foreign policy to enhance U.S. national interests abroad but this is now changing under President Trump. The Trump administration has undertaken a significantly different approach to the continuation and maintenance of the long-standing global liberal order that was put forth and continually promoted by the United States. For the first time, the U.S., as the chief architect of this order, is engaging in actions that are eroding the long-established leadership role the country has held in the world. As this situation plays out, the questions that arises is whether the U.S.-led global liberal order is falling apart?

Since the end of World War II, the United States has promoted and upheld the so-called global liberal order as the major approach to international relations. Throughout the past 70 years, the United States sought to transform the post-WWII international system to a rules-based order with guiding principles of free-market capitalism, multilateral institutions and agreements, collective security, human rights, and democracy.

The current U.S. administration has shown little commitment to promoting liberal values abroad as President Trump repeatedly stated that the U.S. will no longer be focused on continuing the previous administration’s approach to foreign policy but instead focus on putting “America First”. Since assuming office, Trump has followed through on his threats to withdraw from major international agreements such as the Paris Climate Accord, Trans-Pacific Partnership, and, just recently, the Iran Nuclear Deal. The U.S. withdrawal from the Paris Climate Accord in June last year was a clear demonstration of the lack of U.S. leadership on pressing environmental issues facing the world. With the withdrawal from the Iran Deal, the U.S. has demonstrated to the international community that international agreements can be broken anytime and that the U.S. is possibly turning into an unreliable ally in the future. Trump’s unprecedented approach to foreign policy has truly undermined the U.S. credibility abroad and has done damage to U.S. relations with well-established allies around the globe. Just last year, a few months into Trump’s presidency, Germany’s chancellor Angela Merkel said: “The times in which we could completely rely on others are on the way out. […] We Europeans truly have to take our fate in our own hands.”

It’s not only Trump’s unique foreign policy approach that poses a significant threat to the global liberal order, but also the current state of U.S. domestic politics. The U.S. as the chief promoter and “leading champion of democracy” has started to abdicate democracy at home with the Trump administration’s continuous attacks on the press, the judiciary, the rule of law, the legitimacy of elections and its inflammatory and often inaccurate remarks. Just recently, Michael J. Abramowitz, president of the Freedom House stated that “the core institutions of American democracy are being battered by an administration that has treated the country’s traditional checks and balances with disdain.”

It is important to remember that in the past few decades, there has been a major shift in the balance of power globally. The times in which the United States assumed the role as the global hegemon is at risk with the rise of other powerful nations such as China and Russia. Neither China nor Russia signed up for the longstanding U.S.-led liberal world order and reject the established U.S. dominance on the global stage. While the world is turning increasingly multipolar, the internal challenges to the liberal order pose a significant danger to the continuation of the order in its current form. The U.S. deliberate retreat from its established international order creates a significant vacuum to be filled by new dominant powers to enhance their own national interests.

Although the external challenges posed by the rise of new powerful nations constitutes a major threat, the greater threat comes from within because the internal stability is vital to the workings and continuation of the U.S.-led global liberal order. For over a decade experts have been stating that the liberal order was in decline due to ineffective foreign policies, economic stagnation, growing inequalities, and the global financial crisis of 2008/09. However, the current U.S. foreign policy approach and growing authoritarianism and national populism in the Western world have accelerated this decline and started to alter the long-standing order. This deliberate retreat could have serious implications for the continuation of the order in its past form and most likely transform it with the shift in the power balance in the world. Given the current political, economic, and social situation within the very countries that have historically accepted and promoted this order, fundamental internal changes are urgently needed to keep the order alive. Without changes, there are limited prospects for the U.S.-led global liberal order to continue in its current form, which could eventually and irreversibly weaken the global leadership role of the U.S. If that happens, a realistic result could be the creation of a new type of order drawing power from multiple nations rather than a single superpower.