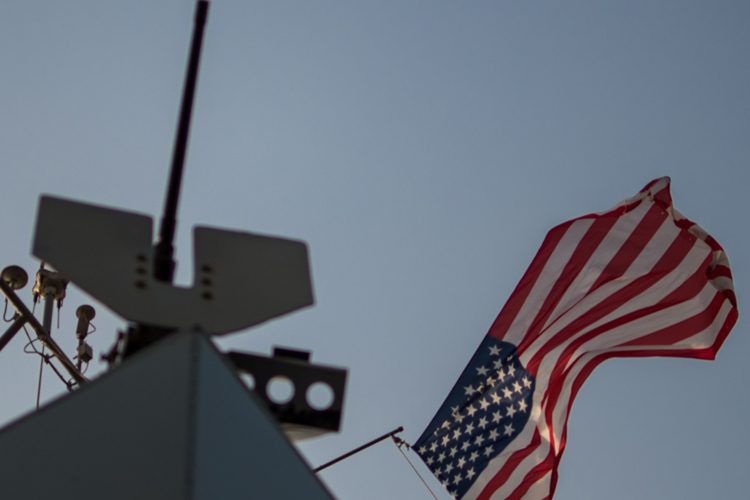 The world sat up to witness its very own action thriller recently beating Hollywood at its own game.

An ex-Russian spy Sergei Skripal and his daughter Yulia were poisoned in Britain allegedly by Russia in March this year. The event triggered a full scale diplomatic war with the US, UK and Russia each playing the blame game and seeking to outdo the other in expelling rival diplomats from their countries in retaliation. Amidst the chaos and confusion, NATO (North Atlantic Treaty Organization- military alliance of European and North American countries) surprised everyone by carrying out air strikes on Syria soon after in April on allegations that the Assad govt. in Syria had launched a chemical attack on civilians near Damascus. Russia responded calling the entire operation a scam stating that it was ‘engineered’ in order to derail investigations into the purported chemical attack. It has threatened the West with a ‘devastating response’ in case of any attack on Russian assets or personnel!

The Cold war never really ended; it continues to simmer. The sentence; an oxymoron effectively conveys the prevalent situation amongst the two powerful blocs, the US led Western bloc and the Eastern bloc comprising mainly Russia and China. The chasm separating them seems unfathomable leading political experts to coin the term for these events as Cold War 2.0’.

The first Cold War 1947-1991 was a period of an intense ideological struggle between Capitalist USA and the Communist Soviet Union. Never before had the world come so close to being destroyed through nuclear annihilation than during this period of time. However, with the dissolution of the Soviet Union in 1991 that period is now in the past; over; done with. The present period of conflict is different. Cold War 2.0 is not an ideological struggle but more a geopolitical battle of dominance by three players- The West, lead by the US and their old foe Russia and the new rising super power-China.

The first strain in relations between the nations began in the early 2000’s with NATO’s expansion to include nations like Poland, Hungary, Czech Republic, Bulgaria, Estonia Lativa, Lithuania…. etc of the former Eastern Bloc. Subsequently the US withdrawal from the Anti-Ballistic Missile Treaty in 2002 and the U.S. invasion of Iraq in 2003 worsened the situation. The Russia-Georgia War in 2008, it’s annexation of Crimea in 2014, it’s intervention into the Syrian War in 2015, it’s meddling in the  US Presidential election 2016…have slowly led to deteriorating relations between the US dominated West and Russia.

Russia’s main fear is that of being isolated in its own backyard and it is making desperate attempts to re-establish its power and influence in the Eurasian region. Ironically this policy of acting tough with its neighbors is not helping at all and has instead driven the former Eastern Bloc nations to seek refuge with the West aligning with NATO and even allowing access to their territories to counter any threat from Russia.

To make matters worse for Russia, the West has responded to Russia’s hostilities with economic sanctions restricting Russia’s access to trade in important sectors like energy, finance, telecom etc. This has hit the Russian economy hard. With an ailing economy, Russia cannot ‘afford’ to maintain its superpower status in the Eurasian region as maintaining superpower status and influence means investing heavily into these countries which comes at a cost. With the election of Donald Trump in the 2016 U.S election, Russia had hoped for better days but in vain as sanctions and hostilities still remain.

Yet despite all this turmoil Putin was voted back to power in the recent 2018 Presidential elections in Russia, and has projected himself to be the ‘savior’ of the Russian people. A resurgent Putin has put the West, especially the US in a quandary as to how to deal with him?  There is no firm policy decision still on Russia- Whether to continue with sanctions and isolation of Russia or engage with Russia, grin and co-exist? Putin has exploited this situation of ‘inaction’ to his advantage. ‘No policy is good policy’ for him.

Perhaps the most important and the most ignored facet of Cold War 2.0 is the role of China. It is China, not Russia nor Iran nor North Korea that is by far the greatest challenger to American hegemony across the world. China is flexing its muscles in the South China Sea and also with India and Bhutan in the disputed Dokalam region. It is seen playing a major role in global negotiations and decision making. It was the threat of Chinese sanctions (China accounts for 90 percent of North Korean trade) that had actually put the heat on the North Korea to come to the negotiating table with Trump.

China’s ambitious’ One Belt One Road’ (OBOR) initiative aims to boost cooperation and connectivity in the Eurasian region especially with nations like Iran and Russia ie arch enemies of the US. Sensing trouble the US has fortified its relations with China’s neighbors Mongolia and Taiwan and has deployed high end defense systems in South Korea. It has retaliated indirectly by raising tariffs on Chinese goods perpetrating a trade war with China, However it is not going to be easy for the US to get China to do its bidding as China is an economic powerhouse and is capable of holding out on its own. China has partnered with many developing countries in the field of infrastructure. It is proving to be a better economic partner than the US and other Western nations as unlike these nations which demand Govt. administrative reforms and economic changes to be made in turn for the trade deals they enter into, China remains committed to a policy of non-interference.

The war in Syria is showing no signs of ebbing and chances are that it may escalate to include mesh of entangled nations caught unwittingly in this proxy war between the superpowers. Russia has showcased it’s aggression with the Zapad-2017 military exercises. Similarly NATO has planned its own military exercises in Poland called ‘Anaconda’ this summer of 2018. With both Putin and Xi Jinping enjoying extension in presidential terms and Donald Trump poised perhaps for a second term in 2020, Cold War 2.0 is here to stay.