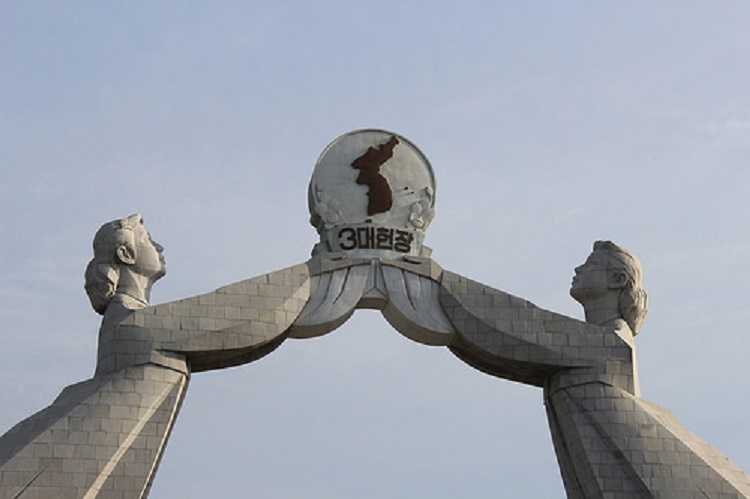 A Peace Treaty 70 Years in the Making: The North Korean Peace Summit

Nearly 70 years ago, the world got its first taste of what global conflict meant following World War II. The war on the Korean peninsula, still technically in effect, changed the face of international politics as we know it. Tensions between Soviet communism and Western capitalism clashed in the small nation of Korea, splitting the country in half following the end of the bloodshed. Even following the signing of the armistice in 1953, the place of both North Korea and South Korea in the geopolitical sphere has been an issue of great consternation for many. While South Korea went the way of democracy, North Korea is still locked into a highly authoritarian communist regime under current chairman Kim Jong Un. An unsteady peace has been perpetually tested by North Korea’s repeated nuclear weapons tests and a consistently marred human rights record. However, following news of a peace summit between North and South Korea, as well as the United States and China, it seems that a lasting peace may be on the horizon.

This peace summit would effectively end the Korean war in earnest. Political commentators suspect that it comes in direct response to Korea’s newly demonstrated capabilities in their nuclear weapons program, a long term goal of the nation. Following heavy economic sanctions from the west, especially the United States, North Korea has struggled to maintain and consolidate power within its borders. However, following successful long-range nuclear weapons tests at the end of 2017, North Korea has since gained a leverage point against these sanctions. As part of this peace summit, North Korea would likely be asked to entirely denuclearize their arsenal in exchange for a lift of sanctions and a promise of security for its regime. Following his successes with his national nuclear program, it is likely that Kim Jong Un will be asking for more than just a lifting of sanctions, desiring an economic and political victory as part of the treaty. This, coupled with suspicions that the North Korean government will not carry out its promise of denuclearization, has led to hesitation and even a cancellation of the original peace summit scheduled on June 12th.

Following comments made by Kim Jong Un regarding US Vice President Mike Pence, as well as threats of his nuclear potential, US President Trump initially called off the scheduled summit to great backlash. However, despite President Trump’s hesitancy, pressures to maintain the original accord from other international figures, namely South Korea and Japan, has reopened the potential of the summit. Though some critics are skeptical that this summit will occur, hope is still running high among certain political leaders. Moon Jae-In, president of South Korea and the son of North Korean refugees, has offered to host the peace summit and has reached out to North Korean leader Kim Jong Un on numerous occasions. This should come as no great surprise, considering the North Korean governments penchant for weapons tests directly intended to threaten their southern counterpart. Moon Jae-In and Kim Jong Un have now met twice prior to the proposed summit, the first contact between the leaders of these two warring nations in 10 years. In addition to consistent efforts from South Korean leadership, the peace summit has been heavily supported by the Japanese and Chinese governments. Japan in particular has been heavily in favor of denuclearization, and Chinese leaders fear the effect that war and the refugees from such war may have on neighboring nations.

As this complex situation continues to expand and develop, all we can do is the best we can do. It is imperative to stay informed, to look at all the different facets of this peace summit and the parties involved. What do they stand to gain? What pressures are being put on them? Though none know for certain whether or not this peace summit will truly occur, or whether its tenants will be upheld, it is clear that this is a momentous shift in world politics. Leaders of some of the worlds most powerful and politically turbulent nations must meet and agree on a lasting peace for a war that has lasted nearly 70 years. Not only do both South and North Korea need to sign this treaty; it must be supported by all combatant nations, including the United States and China. So whether the impetus behind the treaty is a political victory for a faltering US President, the end of a long-sought North Korean power play, or the first step on a long road to peace, one thing is clear; the impact of this peace summit will be a definitive moment in modern global politics.