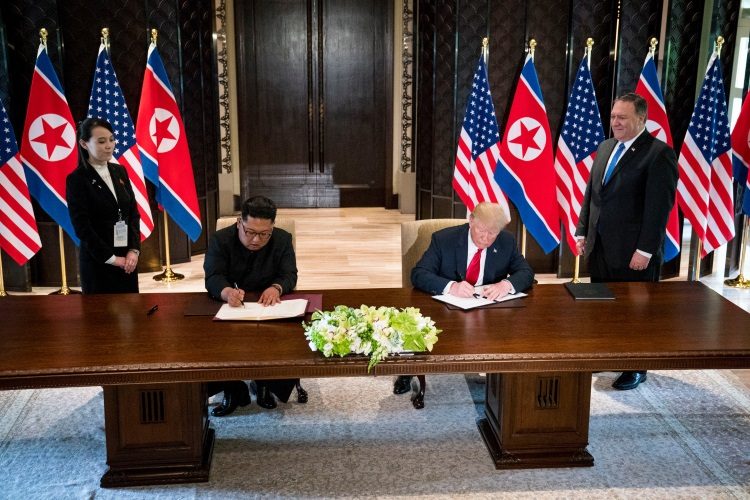 Is Kim Jong-Un Really Going to Surrender His Nuclear Weapons?

After decades of effort directed toward building a nuclear arsenal, is Kim really willing to surrender the weapons that have guaranteed his regime’s survival? At the June 12th summit in Singapore last week, Trump and Kim issued a joint statement toward ‘denuclearization’ but the strategic steps on how to achieve that end fell short. Shortly after the meeting, Trump sent out a tweet attempting to assure the public that “there is no longer a nuclear threat from North Korea”, although not a single nuclear weapon was given up by the Kim regime.

Time will tell whether the summit will be a historic breakthrough or merely a political theater. But, there is legitimate reason to believe that Kim will not give up his nuclear arsenal anytime soon. Kim’s nuclear arsenal has brought his regime legitimacy, prestige, and international attention. For the first time in history, a sitting U.S. president met with a North Korean dictator giving him the assurance that he wanted for so long: that North Korea is now a global player. Daniel R. Russel, vice president for International Security and Diplomacy at the Asia Society Policy Institute in New York stated “Kim can rightfully boast that he has accomplished what his father and grandfather could only dream of: achieving the twin goals of building a viable nuclear weapons capability and then winning international acceptance as a ‘very honorable’ peer, as he was referred to by the leader of the free world.” 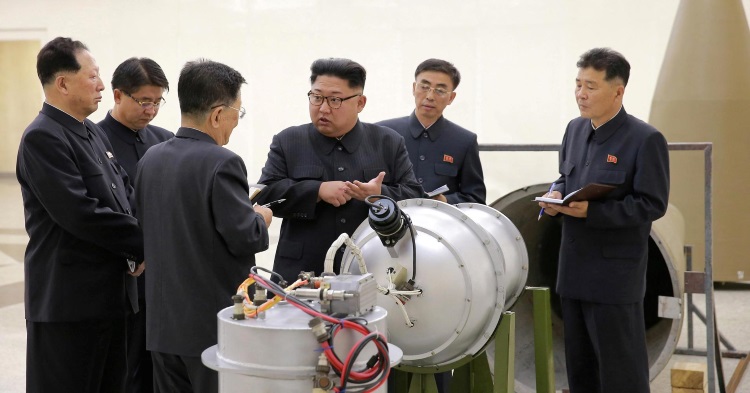 It is widely believed that the Kim regime would not give up its nuclear weapons because they serve as nuclear deterrence from foreign forces, particularly the United States. The fundamental reason behind North Korea’s nuclear weapons program has been regime survival. The North Koreans have long feared U.S. invasion and regime overthrow that they see their security guaranteed in having nuclear capabilities.

North Korea’s potential decision not to disarm may be due to the downfall of Libyan dictator Muammar Gaddafi. Gaddafi conceded to Western demands to surrender his nuclear weapons only to be assassinated by NATO-backed Libyan forces. Gaddafi agreed to denuclearization in exchange for better relations with the West and the removal of long-standing sanctions. However, the regime was eventually overthrown by the Western forces that initially gave Gaddafi the security assurance he sought. Trump’s proposal to Kim at the June 12th meeting of sanctions relief and improved relations with the West in exchange for denuclearization resembles the proposal to Gaddafi in 2003.

Given history, the North Korean regime has such a deep distrust and unfavorable view of U.S. credibility that the Kim regime views their nuclear capabilities as the key security guarantee of continued power which they would not give up that easily. Past actions have shown that giving up nuclear weapons would likely do little to end hostilities and instead would increase North Korea’s vulnerability to military and political action from the West. Two years ago, a commentary in North Korea’s media said: “History proves that powerful nuclear deterrence serves as the strongest treasured sword for frustrating outsiders’ aggression.”

It is worth mentioning that even if the North Korean regime agreed to surrender its nuclear arsenal, denuclearization would take many years and the North Koreans may decide at any time to break the agreement and continue its nuclear weapons program. Experts have warned that the Kim regime has a track record of broken promises and that the likelihood for continued nuclear power capabilities will not decrease in the future.

Although Trump stated that he would like to see an end to military exercises on the Korean Peninsula and an eventual withdrawal of U.S. troops from the region, experts consider it as a strategic misstep and therefore unlikely to happen. If the U.S. were to remove its troops, it would open up a geopolitical vacuum to be filled by China, the major dominant power in the region. Therefore, it would be unlikely for U.S. troops to be withdrawn from the region any time soon. The North Koreans would continue to view U.S. military presence as a security threat and hold on to their weapons as a deterrence strategy.

It is important to note that the Trump administration’s maximum pressure campaign has brought North Korea to the negotiating table. Larry Ong, a senior analyst with the SinoInsider Consulting LLC, has stated that “far from guaranteeing regime survival, North Korea’s nuclear weapons are fast exhausting the country’s finances and bringing it closer to regime-ending war with America.” It is reasonable to believe that an effective maximum pressure campaign towards North Korea could have a positive effect on the regime’s willingness to give concessions to U.S. demands. If that were the case, North Korea would likely agree to a phased denuclearization by giving up its Intercontinental Ballistic Missile (ICBM) and other weapons that could be a direct threat to the U.S. In the case of an effective maximum pressure sanctions campaign involving U.S. and its allies, the most reasonable step the North Korean regime would take is a phased denuclearization process. However, it would still be unlikely to see the regime give up all of its nuclear weapons capabilities due to the perceived security threat to regime survival which will continue to exist in the future.

So, will North Korea really surrender its nuclear weapons? All things considered, it is highly unlikely that the Kim regime would give in to U.S. demands to “complete, verifiable, and irreversible denuclearization” anytime soon as they hold on to their nuclear weapons as the key deterrence. Their possession of nuclear weapons, particularly an ICBM capable of reaching U.S. mainland, gives the regime the leverage that they need to deter foreign invasion and regime overthrow. The Kim regime knows that if they were to surrender their arsenal, they would be vulnerable to foreign invasion, a risk they would not be willing to take.