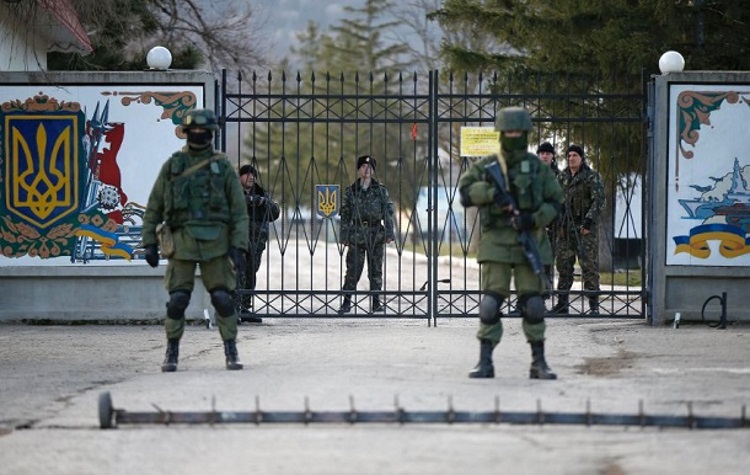 Realism and the Crimean Crisis

The world is anarchy. Not to suggest that it is full of chaos, though that would not be far from the overall truth. States are the highest power in the world and no state is safe from external or internal destruction. Every state is attempting on a daily basis to survive and grow its territory and influence. Such is the case when the Russian Federation did a blitzkrieg on Crimea in February of 2014. If there was a recent action to support the idea of realism in international politics this is it.

Russia’s invasion of Crimea is perfectly explained by renowned political scientist John Mearsheimer’s second assumption of neorealism, in that Russia has the capacity for offensive military action and will use it if they feel it is necessary. Furthermore, it flows nicely into Mearsheimer’s fourth assumption of neorealism, that survival is the primary goal of states. When the Soviet Union collapsed around the end of 1991, Russia lost a great deal of power and influence it has never quite regained. The invasion of Crimea can be seen as an action by Russian President Vladimir Putin as an attempt to ensure the survival of Russia as a great power, as well as the survival of its overall influence. Whether that is seen as regional influence or international influence is yet to be determined, as Mearsheimer’s third assumption of neorealism asserts a state’s actions can never be known for certain.

The overall issue regarding Russia invading and annexing Crimea can be explained as a form of reciprocity, which is a response in kind to another’s actions. Specifically, Russia is using a negative form of leverage to threaten punishment. So the question remains as to whom Russia is threatening with punishment, and to whom are they responding? The answer is either the West, or more specifically the United States, who has set up military bases along the Western border of Russia and created a military alliance with multiple nations in Europe, in the North Atlantic Treaty Organization, also known as NATO. Russia is responding to what it views as hostile actions and attempts to reduce its power and influence in its own region by a foreign power.

Realism, though claiming to have a “real” theory on how the world functions, truly has a pessimistic view on how the world behaves. So, according to the theory of realism, the future of Crimea does not look too bright. Reciprocity is huge here, and so is Newton’s Third Law that for every action there is an equal and opposite reaction. Russia is responding to the actions of the United States and the West, and the U.S. has already responded with multiple sanctions directed at President Putin’s inner circle. Russia will likely respond to these sanctions by continuing its efforts in Ukraine, most recently seen in the building of the Kerch Bridge, and may also pursue such actions elsewhere in the near future. Furthermore, it seems both the United States and Russia will keep using actions of deterrence, such as sanctions and sending unwanted troops into other countries, as both states are strong and want to avoid war at any cost least the destruction of their respective states.

The world truly is anarchy, simply meaning that it is unpredictably wild. States struggle every day, some more than others, to survive and no state knows the true intentions of other states. Russia, after the collapse of the Soviet Union, invaded Crimea primarily to ensure the survival of its powerful status and influence in Eastern Europe or possibly globally. They did this as a response to what they perceived as hostile Western actions, such as military alliances like NATO. As for the future of this crisis things do not look great. The U.S. and its European allies, and Russia will continue using acts of deterrence and reciprocity until things culminate in either a peaceful resolution or a violent war.