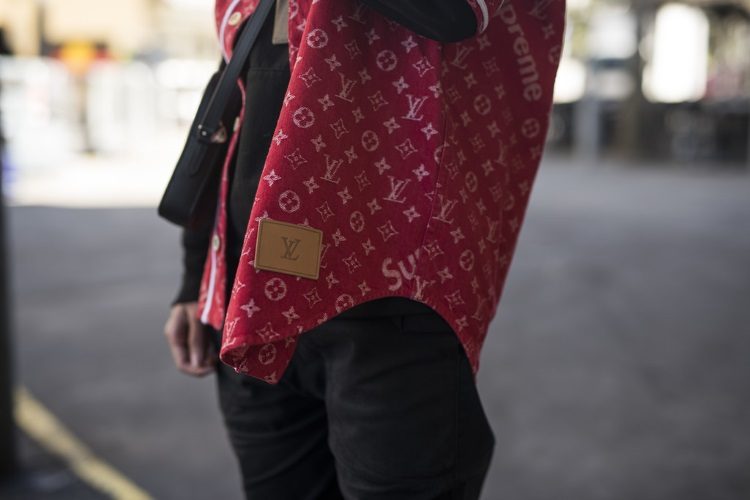 How Supreme Captivated the Urban Youth All Across the Globe

If one was to define streetwear with a brand, it would obviously be Supreme. Founded by James Jebbia in 1994, Supreme has become the measuring stick for streetwear success globally. Similar to pop art, the brand is simple, aesthetic and endlessly repeatable. Their logo is iconic and expressively radiates youth. The brand has managed to gather a cult following that is comprised of all ages, socio-economic backgrounds, and ethnicities. Supreme has also managed to inspire a generation of young people who collect and resell their items for large profits.

Mike Campos, 19, is a fashion junkie and amateur Supreme collector who has been acquiring Jebbia’s products for years now. In this interview, we discuss what makes the brand so important to him and to people all across the globe. We also delve into collector culture and how resellers have aided Supreme’s rise to fame.

To start off, why do you personally identify with the brand?

Mike Campos: To me, Supreme has always been the top-tier of streetwear. While I know that the brand was originally for skaters, today the company is much more than just your average skater brand. Whenever I wear clothing from Supreme, I feel like I’m wearing something that is special and exclusive. With a brand like Ralph Lauren, you can just go pick it up at any store at any time. With Supreme, they are never going to restock something that they have sold out of. I think that Jordan brand is losing their collector culture because they are now restocking more of their coveted sneakers.

Why do you think that so many people identify with the message sent by Supreme?

What was the first article of Supreme clothing that you bought?

My first article from Supreme was a black corduroy hat. I bought it for 60 bucks in the tenth grade. I was excited, ecstatic. I wore that hat almost every weekend for a long time. I knew that it was going to be something that no one else was going to have.

When do you resell your Supreme products?

The first thing that I ever resold was that corduroy hat. I bought it for 60 dollars and sold it for 90. That was when I realized that there was potential there. Mostly, I buy Supreme clothing because I want to wear it. For reselling, I would buy in bulk the things that I did not really want. Most of the time, I was keeping the best stuff. Also, the internet speaks about what drops are going to be very popular.

What do you think about people who collect and resell?

That’s kind of a tricky topic. Resellers are kind of jerks. They do it for the money and regular collectors can’t get the stuff they want. They make a living off constantly buying and reselling Supreme products. Sometimes, they pay people to stand in lines at stores in LA and New York to get more gear. However, I can respect their grind. Reselling is risky. I can respect their grind.

What are Supreme Bots?

Bots are really looked down on and are seen as unfair. Essentially, they are an automatic check out service. You can be done purchasing an item from the Supreme website in less than 30 seconds. There are also free bots and paid bots. Every Thursday at 11:00AM, Supreme drops their items and bots give people a big advantage in getting products before they sell out. With really expensive bots, you can purchase hundreds of items at once. It is really unfair and has always been really unfair. Resellers use these bots to control the market.

Lastly, what do you think about the future of the brand?

Supreme is actually a pretty old brand. They have only been hyped for less than half of the company’s existence. To me, they are at the top of their game. Their retail is still somewhat affordable and I don’t see them falling off anytime soon. I believe that over the next five to ten years, Supreme will still be on top of the streetwear world.

To conclude, Jebbia has done much more than sell clothes during his 24-year run. He has effectively created a culture around the products that he seems to crank out with endless creativity. Now reaching new levels of success, many questions are beginning to arise about the brand. Will Jebbia make efforts to make his items more accessible? Who else is he willing to collaborate with? Will Jebbia plant more stores in new markets? Regardless of the future, Supreme has been instrumental in the development of this new streetwear culture that is redefining ready-to-wear clothing.