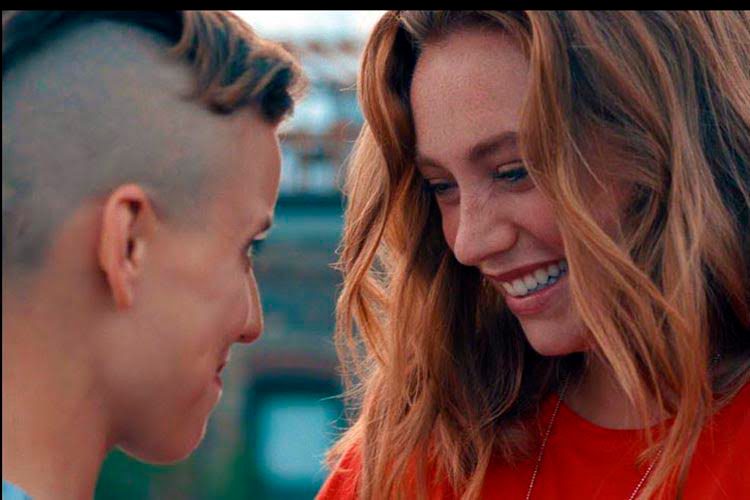 Top 7 Movies About Coming Out

Rs epresentation in media is important. It helps people feel both accepted, and comfortable with themselves. It inspires and uplifts the spirits. To celebrate the pride month of June, here are 7 movies about coming out and representing LGBTQ+ in the media.

Before Natasha Lyonne was a fan favorite prison lesbian in Orange is the New Black she was sweet and Megan Bloomfield, who couldn’t have anything wrong with her- she was a cheerleader for crying out loud! But even so, her parents and friends noticed she was a bit ‘different’ and shipped her out to a gay conversion camp called True Directions. There she meets a multitude of characters and (without sounding too cheesy) finds her true direction. This movie is incredibly aesthetically pleasing, as well as heartwarming.

4th man out is a story of a man coming out to his group of best friends. The movie follows how the friend group navigates the change in dynamic as his friends challenge their own prejudices. This heartwarming movie tackles how people can personally evolve to accept differences and still continue to love and support each other.

In his directorial debut, Max Landis tells the story of TV Star Brendan Ehrlick coming out of the closet and into the public eye with the help of his best friend. While the film does focus a lot on a heterosexual romance between Ehrlick’s best friend and the woman he is pursuing, it is still a wonderful comedy that provides wonderful representation of romantic and platonic relationships.

Based on the Brent Hartinger book of the same name, Geography Club follows the story of different high schoolers trying to come to terms with who they are and how they fit in. The group ends up making a secret Gay Alliance club under the guise of starting a Geography Club- because who in their right mind would want to join a geography club? But everyone knows secrets only have a finite time of existing in high school before someone finds out..

Katherine Heigl stars as Jenny Farrell, a social worker from Cleveland Ohio who must figure out how to tell her tight knit, conservative catholic family that she does want to get married and have kids, not with the different men they constantly try to set her up with, but with her roommate and long time partner Kitty. As time goes by and Jenny prepares for her wedding, her family must decide if they love Jenny enough to accept her differences.

A coming of age story written and directed by Stephen Cone, Princess Cyd follows a girl named Cyd as she spends the summer with her aunt. The story focuses on Cyd and her aunt’s relationship as well as the budding relationship between Cyd and a local girl named Katie. This is a beautiful coming of age movie to watch, and shows the normalization of a girl understanding her sexual identity that is sorely lacking in cinema.

Almost Adults is about two best friends growing up, and learning who they really are. Transitioning into adulthood while keeping a firm grip on your past can be difficult. Almost Adults tackles this issue as well as what it is like to grow up and understand your sexuality, and be comfort with it.