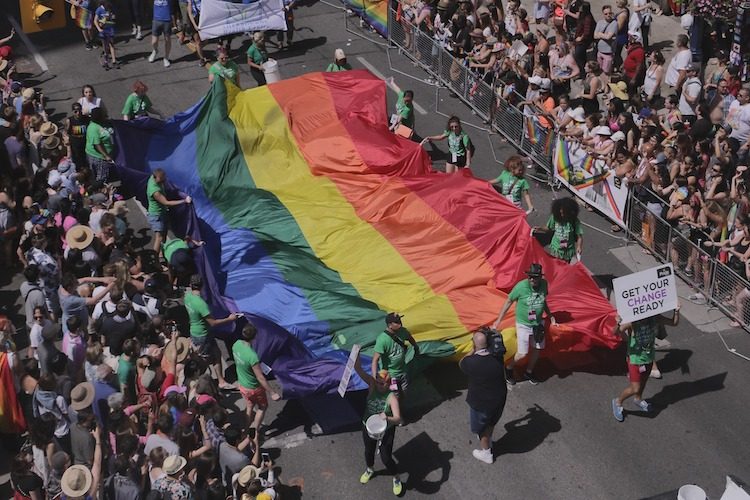 With pride month having just ended, spirits in the LGBTQ+ community are at a high. Pride has always been the landmark for queer liberation, but it has also evolved to become a celebratory gathering of all the things queer culture. All things considered, pride is becoming significantly more positive than it was in the past. 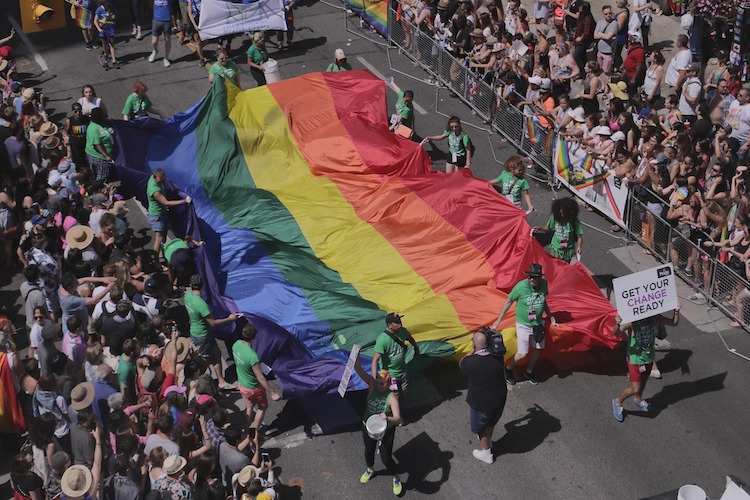 Unfortunately, recent events have begun to call this success into question. The most recent culprit? The ‘straight pride’ celebration that Boston recently approved to be held. There are so many things wrong with this, the primary ones being straight entitlement, ignorance of historical nuance, and a mockery of the LGBTQ+ struggle.

To begin, something must be made clear: pride is not meant to be an affront to heterosexuality, though it does intend to stand up against the cisheteronormative ways of society. It is a time for remembering why LGBTQ+ people need pride and, by extension, recognizing the events that started it all.

There is still a very long way to go before queer people are fully accepted in society. Recent events, such as the attack on a lesbian couple in the UK, act as testimony to the fact that there is still a large social stratification between conventional and unconventional sexual identity groups.

Stereotypes, prejudice, and the status quo blind society into having either too big or too hyper-focused perceptions of LGBTQ+ individuals. All of this ultimately results in a view of them as less-thans who can be taken advantage of and, oftentimes, as people who must work harder to earn respect.

Furthermore, it is very important to consider that pride is already being warped to fit corporate agendas, which is both ironic and patronizing. Rainbow capitalism is becoming an increasingly pressing issue. Along with movements like straight pride, companies are beginning to take advantage of queer culture to benefit their agenda and push themselves up on a do-gooder pedestal.

Queer people already earn less than their cis counterparts on average, a statistic that can be backed up by data. According to studies by Prudential, a financial services company, “heterosexual males indicate the highest incomes, followed by gay men, heterosexual women and then lesbian women.” A meta-analysis further highlighted that gay men earn over 11% less than their heterosexual male peers.

That doesn’t even take into consideration the even more marginalized members of the LGBTQ+ community. While lesbian, gay, and bisexual teenagers are reported to be 5 times more likely to have suicidal thoughts than their straight peers, over 48% of transgender adults have stated that they have attempted suicide in the past.

There are still several LGBTQ+ individuals who are afraid of being who they are for various reasons, usually having to do with safety. Most heterosexual people do not have to face this same issue. Straight pride will undermine the nuance of the queer situation.

Pride is meant to be a special celebration, having connotations of both triumph and remorse. Straight pride mocks this. If queer people aren’t allowed to have this at the very least, they aren’t being left with much else.

After all, society generally does not understand the point of pride. It is not and was never intended to be a bragging parade. To claim such things would only show misinformation.  It is both a celebration of triumph and perseverance in a seemingly never-ending battle against societal judgment and pressure. 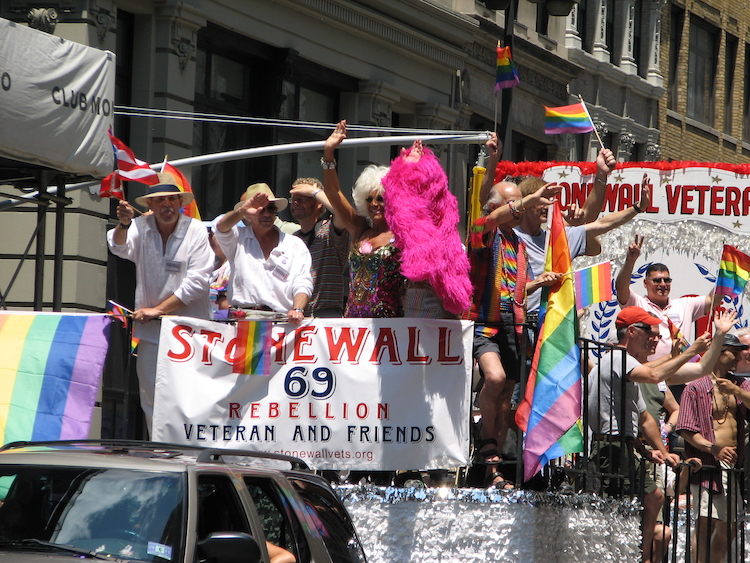 Additionally, the beliefs that support straight pride neglect history. As much as society is progressing, nothing can erase the past, especially when said past is relatively recent. Stonewall may have been 50 years ago, but most of the fight in the west only began yielding results in the past decade. Reparations are necessary because reclamation cannot exist within a vacuum, as yesterday’s oppression is the root of today’s injustices.

One thing that should be noted is that at its core, straight pride is a testament to the sentiment overwhelming many bigoted spaces as of late—that queers are infringing upon straight rights, and that the ‘oppressed have become the oppressors’.

In doing this, those who support straight pride do three things: 1) They acknowledge the truth that, as history proves, they have had privileges that queer people are just now starting to receive. 2) They imply they haven’t taken responsibility and as such have done little to think of ways to help queer people claim their freedom. 3) They reveal a clear lack of an understanding of oppression as a concept.

Paulo Freire’s ‘The Pedagogy of the Oppressed’ does an excellent job of breaking down the issues behind this sort of thinking. To quote Freire, “As the oppressed, fighting to be human, take away the oppressors’ power to dominate and suppress, they restore to the oppressors the humanity they had lost in the exercise of oppression. It is only the oppressed who, by freeing themselves, can free their oppressors.”

He goes on to address that those who dehumanize others only end up dehumanizing themselves and that, as the oppressive class, are not equipped to free anyone. 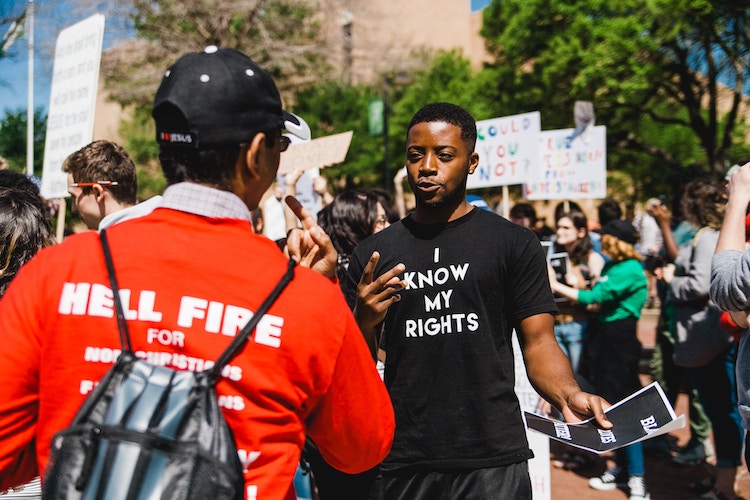 With this in mind, it is imperative that the oppressed, in this context queers, resolve this contradiction. Even here, the burden of process lays on their shoulders, because the dominant class is dominant by virtue of the popularity of their beliefs. After all, queer people simply want to be treated as equal humans. If they were to simply shift the power imbalance in their favor and become the oppressors themselves, they would only contradict this goal.

So what makes something oppressive? The answer is straightforward—oppression occurs when people actively try to prevent others from being treated as human. Heterosexual people are not being denied their humanity, nor are they being kicked to the curb. Any queer person who acts otherwise is not a part of the movement that pride supports.

In the end, the need for straight people to celebrate their sexuality simply isn’t urgent enough to warrant it. Those who support straight pride are only making a fool of themselves. To be justified in claiming the need for ‘straight pride’, they would have to prove that they have been as systematically disadvantaged as queer people.

They reinforce the problematic hierarchical structure with a finger-pointing game that doesn’t actually accomplish anything. Through reparations, both sides acknowledge their history and signify that society is ready to grow from it. The oppressor-oppressed paradigm will cease to exist as soon as the ‘dominant class’ concept is no longer active in our societies.

Here’s what people should be doing instead. Rather than complain about their right to celebrate their sexuality, they must first acknowledge their own privilege. Straight allies should aid in the fight for greater queer acceptance, or at the very least not be the ones blocking the path. This entails not only the protection of queer people but also a preservation of their integrity.

Above all, action must be taken against straight pride. It is insulting, ignorant, and unnecessary. Our world doesn’t need more of that.