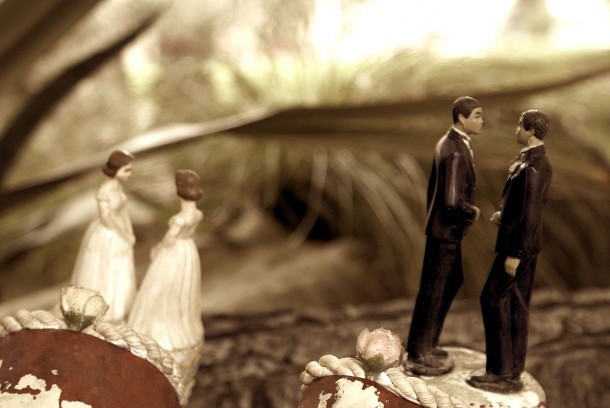 Japan has never been on the frontline when non-conventional, radical thought is concerned. But on 5 Nov 2015, the ward of Shibuya welcomed its first official same-sex couple with a round of gay pride celebrations. Impeccably dressed and waving rainbow pinwheels, Hiroko Masuhara and her partner Koyuki Higashi were the first same-sex couple to register their partnership in Shibuya. The ward of Setagaya, who previously elected the first transgender politician to its cabinet, announced its support and subsequent offering of certification in this liberation movement.

“I am exhilarated that the city I am living has recognized my partner as my family.”

– Hiroko Masuhara, 37, one half of Japan’s first official same-sex couple

The certificate recognizes unions only in those two wards, and does not hold the same legal status and privilege as marriage. Issues faced by same-sex couples pertaining to housing, healthcare and employment amongst others are still at the discretion of the relevant decision makers.

“I hope that this will be a step forward, not only for Tokyo but for the whole of Japan, to become a more comfortable place to live in, because there are LGBTs nationwide.”

– Koyuki Higashi, 30, one half of Japan’s first official same-sex couple

Currently, gay marriage is not legal in Japan, even though there are no laws criminalizing gay intercourse. Sodomy was briefly outlawed in 1872 but was repealed 7 years later thanks to the French, and has been status quo ever since. In a country where 1 in 13 people identify with LGBT, there is still an abysmal dearth of anti-discriminatory or protection laws. This recognition by the two wards in Tokyo marks a monumental step toward eradicating the deep-rooted stigma against the LGBT community.

“This was first proposed in June 2012 to the Shibuya ward council. At that time I thought the possibility of seeing this day come was so low. It makes me very happy, that action has been taken to change this feeling of being an “outsider”.”

In an interview with long-time LGBT activist Sugiyama Fumino in Nikkei Online, he expresses his happiness (using the male particle in speech when referring to himself) on the significant albeit small advancement toward raising LGBT awareness. A female-to-male transgender, he penned an autobiography titled Double Happiness on his experiences as a sufferer of gender identity disorder. A law passed in 2008 enabled people to legally change their gender only if they were diagnosed with such a disorder. People who face difficulties in coming out or disclosing this condition would have a harder time reconciling their physical and mental outlooks.

Sugiyama also organizes a LGBT support group named Green Bird in the famous gay district Kabukicho in Shibuya ward, who is working on a project to “realize a beautiful world through beautifying people’s minds”.

“The suicide rate in the LGBT community is high. Mental health is a problem and if there is an outlet or place of refuge where issues that trouble LGBT people on a daily basis may be discussed, [psychiatric] counseling may be avoided.”

Nevertheless, this step taken by two populous wards in Tokyo signifies a change toward a movement for societal liberation. Japan’s new education minister, Hiroshi Hase, publicly announced his advocacy of LGBT rights in light of the 2020 Tokyo Olympics. In a country that prides itself on collectivist and conformist views, this could be the beginning of a paradigm shift in fundamental concepts. LGBT is so common now, that it may very well become normal.

“There is no point in saying what is “correct” or “incorrect”. The fact is that sexual minorities are present, and in the end majority or minority, we all have to live together in this world. It is important that we consider and continue to discuss how to compromise.”

Sugiyama Fumino studied Sexual Minorities and Education at Waseda University. He is a former Japan representative in women’s fencing and coaches at Waseda’s club. He wrote an autobiography in 2006 and did a mastectomy in 2009. He worked in a major food services company until 2012 to be a host on a NHK television show on LGBTs for a year. He now concentrates on the support group Green Bird, couching youth in fencing, and on lecturing activities.