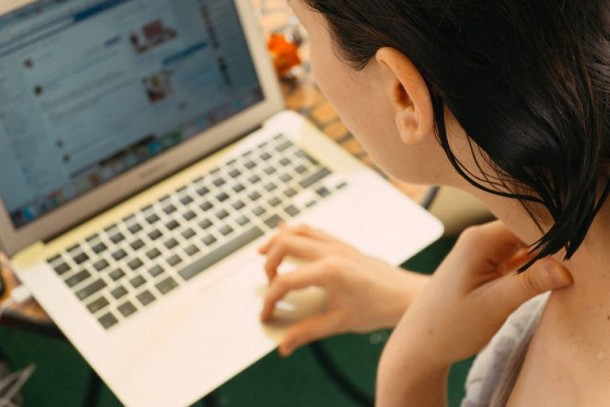 The portrayal of lesbian, bisexual, and transgender women on U.S. television in 2015-2016 has received an intense amount of recent criticism from media outlets such as Variety, Vanity Fair, Entertainment Weekly, and The Hollywood Reporter in the first half of 2016 alone. If consumer audiences looking for the “L,” “B,” and “T” parts of the LGBT+ spectrum cannot turn to their television for reoccurring and accurate representation, perhaps they can turn to online web shows for their binge-watching needs.

In a real world where the LGBT+ community has plenty of non-fictitious trouble to worry about, poor representation and an overwhelming number of LBT deaths in that world of mainstream entertainment only adds to the perception that to live as an LGBT+ person is to experience tragedy and heartbreak. In response, LGBT+ artists are creating independent web shows that showcase LGBT+ content and stories.

LGBT+ characters die so often on television that it is even a trope: Bury Your Gays.

The conversation about queer, fictional women on U.S. television becomes serious when the real-life repercussions of poor fictional representation include anti-LGBT+ legislation in North Carolina and a shooting last month at Pulse, a gay nightclub in Florida, among other violent acts against LGBT+ people. Autostraddle recently published a list of “every television death of an OPENLY lesbian or bisexual or queer female character on a television show” since 1976 ; and in 2015-2016 a full 10 percent of TV character deaths were queer women, reported Caroline Framke of Vox, which published this handy chart of all the TV character deaths of 2015-2016 season. Framke writes that death toll for queer women characters on TV “is astonishing given how few of them recur on shows in general.”

The following web series, created by teams of diverse women for women, do what simple, critical thing television has not for lesbian, bisexual, and transgender women: provide an opportunity to begin to think about the happiness of LBT women.

Her Story is a 6-episode drama web series following the lives of Paige (Angelica Ross) and Violet (Jen Richards), two transgender women navigating love and friendship, identity and intersectionality, and the LGBT community. Her Story has received rave reviews from media outlets such as Pride, Buzzfeed, and Autostraddle. Its visibility reached new heights when it received an Emmy nod earlier this month. Her Story is particularly groundbreaking in that it features transgender actresses as transgender characters and features mainly LGBT+ women on-screen and off-screen in its production crew. Her Story is co-written by Jen Richards and Laura Zak, directed by Sydney Freehand, and produced by Katherine Fisher/Speed of Joy Productions, with cinematography by Bérénice Eveno.

Dyke Central is a 10-episode dramedy web series set in Oakland, California. It focuses on the daily dilemmas of roommates Alex (Tai Rockett) and Gin (Giovannie Espirituand). Dyke Central serves up drama and comedy with plenty of nuance to boot, and was been recognized by Autostraddle and Fusion for its diverse cast and praiseworthy representation of the LGBT+ community in the Bay Area. Dyke Central is created, written and directed by Florencia Manovil, with cinematography by Kristina Willemse.

The first two episodes of Dyke Central are available on YouTube. The first full 10-episode season is available for purchase on CineVolt.

The Better Half is a 5-episode dramedy web series created by and starring Lindsay Hicks and Amy Lewis Jackson as a lesbian couple determined to push through the doldrums and dry spells in their relationship. The series aims to break down stereotypes and clichés about lesbian relationships, all the while maintaining a balanced portray of the comedic and the more serious parts of any committed relationship. The Better Half is created and written by Lindsey Hicks, Leyla Perez, and Christine Ng, directed by Leyla Perez, and produced by Theodora Dunlap and Leyla Perez, with cinematography by Christine Ng.

Episodes 1-5 of The Better Half are available for rental or purchase on Vimeo on Demand.

Carmilla, recently green-lit for a third season, consists of a 72 episode-long supernatural dramedy adaptation of the Gothic novel (1981-82) of the same name by Joseph Sheridan Le Fanu. This modern retelling centers on Laura (Elise Bauman), a college student at the mysterious fictional Silas University, and her equally mysterious new roommate, Carmilla (Natasha Negovanlis). The series is staged as an ongoing record of mock video journals, or vlogs, kept by Laura as she records her tumultuous relationship with Carmilla and the ongoing, disturbing events taking place at her university. Carmilla is a Canadian web series created by Jordan Hall and Ellen Simpson.