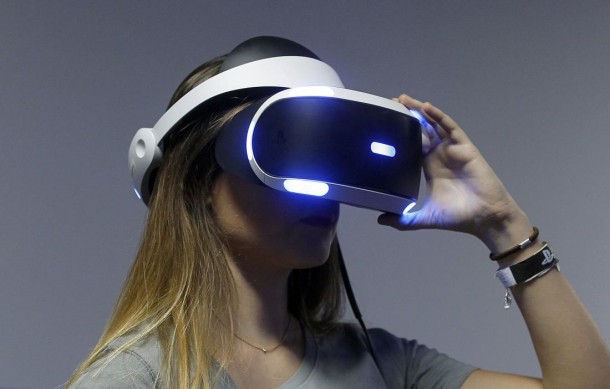 The modern world has introduced us to a number of technological developments, one in particular, the Virtual Reality Headset or better recognized as the VR headset, a device that allows the user to enrapture in the digital world requiring both hardware and software. Its functions stretch far beyond the gaming world, some of which are utilized for real life simulations including pilot training without the need of an actual aircraft. Sadly, the virtual escape does vary and as common knowledge would have it, the more the individual pays the better the experience. With virtual reality headsets the one with the most public recognition and currently taking the throne at the peak of the pyramid is the Oculus Rift with integrated sensors and fixed cameras for both of the users eyes. Its fixed price is a solid $599:

“The result is a canny VR system and, from what we’ve experienced so far, one that’s capable of creating some amazing VR worlds and experiences. It’s now shipping to those who originally pre-ordered, although the demand means you’ll be waiting until at least August if you order now. Oculus Rift is definitely in the premium VR category.”

The only disadvantage is the need for  computers in order to operate which can really affect an individual’s budget.  If the inconvenience is major and a user chooses an alternative route, the more “inexpensive” Playstation VR can pose much more fitting. By definition, users in the gaming world own either the latest version of a Playstation console or the latest version of an Xbox, not considering the wireless portable gaming devices, in this case those with a Playstation can purchase the Playstation VR for $399. Its functions are solely to transport the users into the virtual gaming world through the use of a Playstation console. It provides them with a unique gaming experience where reality is bent and the user engages in a world not too far from a fictional story setting.

“PlayStation VR removes plenty of barriers to virtual reality because it’s an accessory to an existing platform. We expect to hear even more as the year unfolds. PlayStation VR is going to bring immersive gaming to your existing console.”

The VR experience is also available for computers running Microsoft and Windows 10. Sulon Q is another VR device and it is wireless making it essential and efficient . The Sulon Q is yet to be released but users can look forward to similar functions as the the Playstation VR and the Oculus Rift. Although the price is also unknown its developers predict it to be between $499-$599.