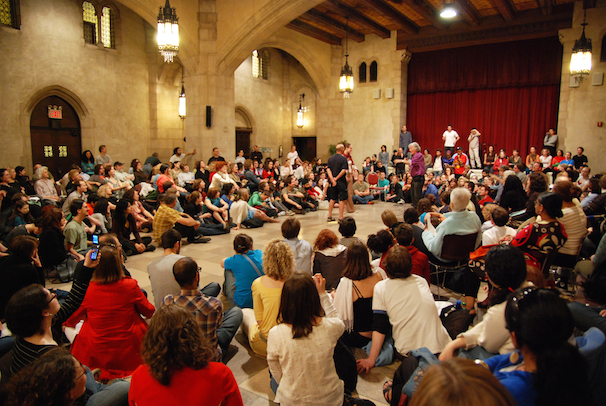 How Can Theatre Heal Your Inner Self?

Theatre is commonly identified as a source of entertainment, often bringing to light the human condition as well as social events which affect individuals collectively or in an independent manner. However, Brazilian theatre dramatist, and director Augusto Boal aimed to not only embody problems faced by humans in the present world, but provide a channel of self-improvement to victims of war, political persecution and more.

Although Boal regretfully died in May 2 of 2009, his method remains timeless and is still heavily applied by theatre practitioners who seek to merge an element of psychology into the method of acting. A great example of how Boal’s methodology is still widely used is Dr. Jennifer Hartley, who apart from specializing in direction, acting, English Literature and Linguistics, focused greatly on using drama as a form of therapy by working greatly with Boal’s ‘Theatre of The Oppressed’ method and writings in self-designed workshops in several refugee centers around the world, particularly South America and Africa.
In its purest form, Boal’s method consists of spectators interacting with actors performing as a means of manipulating circumstances to become either better, or worse. In ‘Forum Theatre’ ,which is the term given to this specific activity, the ‘spect-actors’ are expected to stop the process of a piece depicting an event where some sort of oppression is being practiced, whether it be racism, discrimation, sexism, etc.

“Theatre is a form of knowledge; it should and can also be a means of transforming society. Theatre can help us build our future, rather than just waiting for it.”

This sort of control over a situation gives power to those participating in a workshop, the same people whose power has been restrained or simply dismantled due to personal experiences with external oppressors. This degree of power is one of, if not the most important factors contributing to the notion that Boal’s method acts as a therapeutic mechanism, in which individuals who participate in his workshops can experience a space of safety and tolerance in regards to their personal experiences.