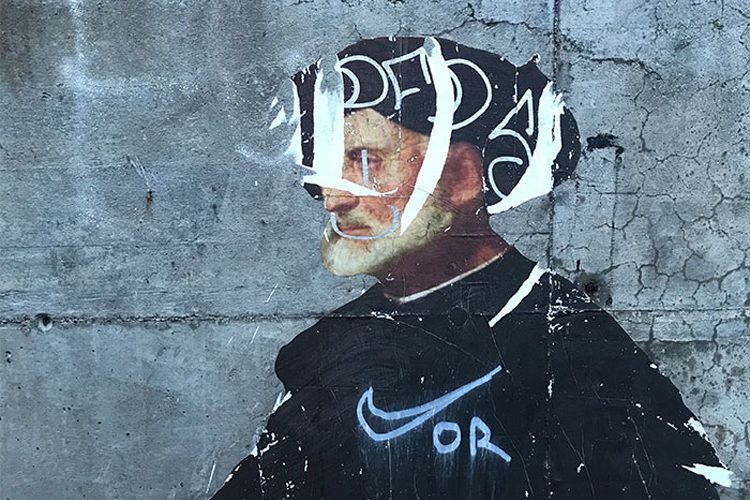 What Does It Mean to Be Trendy in The Art World?

Nowadays, the internet is overpopulated with “trend pieces” about things to look out for in the coming year. It’s interesting that whenever we talk about trends, we somehow naturally think of it as something brand-new and unforeseen. Same for art trends. But this article might twist your mind a bit.

1. Art With A Subtle Political Touch 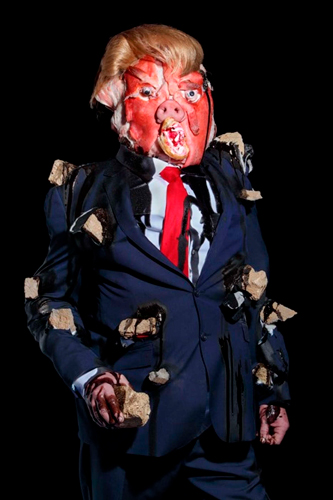 Since the 2016 election, there has been a wide range of anti-Trump protest art, attacking the US President’s view on racism, feminism and handling of diplomatic relations. As a controversial figure, Trump has successfully brought the general public’s attention back to protest art again, which was first brought into light by Dadaists. Since early 20th century, it has been presented in all art forms throughout the past century, including painting, video, photography, installation, performance art, etc. Chinese artists like Ai Weiwei also use his art to stand up against the central control of the Chinese government. But expressing political views with art is in fact nothing new. Historically, both courts and churches used art as a propaganda tool to press their influence on peasants and boast about their economic powers. The ostentatious and extravagant decorations on Baroque paintings and architectures is a perfect example. Therefore, even though art and politics didn’t begin their close tie out of artists’ will, the bond has always been there, and it was only further fueled with energy when artist could finally express their own political views through art.

No one would have doubted the position of technological advancement in art production. From the invention of oil technique in Renaissance to portable paint tubes in 1841; and from the perfection of meticulous realism first aided by microscope to the innovative silkscreen paintings created by Andy Warhol. It is plain to see that technology has always been an inseparable part of artistic development at all time and in many ways. Nowadays, contemporary art production, just like many other aspects in our lives, is becoming inseparable from digitalization. These innovative artworks stimulate viewers’ senses and provide artists with a new way to engage visitors, truly creating art for all. The “Digital Revolution” exhibited at London’s Barbican Centre back in 2014 shows a great example. While digitalized art production challenges our established perception of art, some are still rather skeptical.

3. In Search Of Silence In A Noisy World

We’ve had a time when we get irritated by the unstoppable noise around us, because it’s just everywhere – literally. Not to mention that we’re in the middle of a chaotic digital age constantly bombarded information overflow! That’s exactly why more and more people start to treasure a temporary moment of solitary – which is also the first visual trend for 2018 released by Adobe Stock, under the official name of “Silence and Solitude”.

This is not too surprising, after all, because it’s human nature to feel nostalgia for the good old days, as way of responding to our surroundings through the form of negative feedback. Examples? When Dutch trade thrived after the Netherlands declared their independence from Spanish Habsburg, the majority of Dutch were at first enjoying the resulting economic and social benefits. But soon, people seemed to have noticed the negative impacts of materialism, and started trying to convince the public to return to the medieval spirituality that has been highly praised, one way is by conveying moral messages through still life paintings. The rise and fall of Medieval European architectural style took a similar path, one instance would be when the Cistercian Order condemned the Cluniac Order as deviating from the austere style stated in the Benedictine rule. 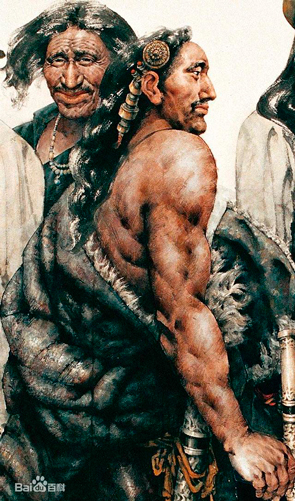 Given the communication and transportation barriers centuries ago, eastern and western societies saw each other as a mystery that both were eager to discover. The encounter between the east and west in paintings was seen most prominently among the Impressionists, where artists such as learnt from the composition of Japanese woodcut prints. The free-swinging arches in Islamic architecture also influenced the inward-cutting rib-vaulting in the dome of San Lorenzo in Turin. Even until today, Eastern and Western cultures still see each other as one source of inspiration. One good example would be a modern ink painting by artist Shen Daohong, where this traditional Chinese medium is combined with a Western depiction of human form that recalls the masculinity of Michelangelo’s male nude. 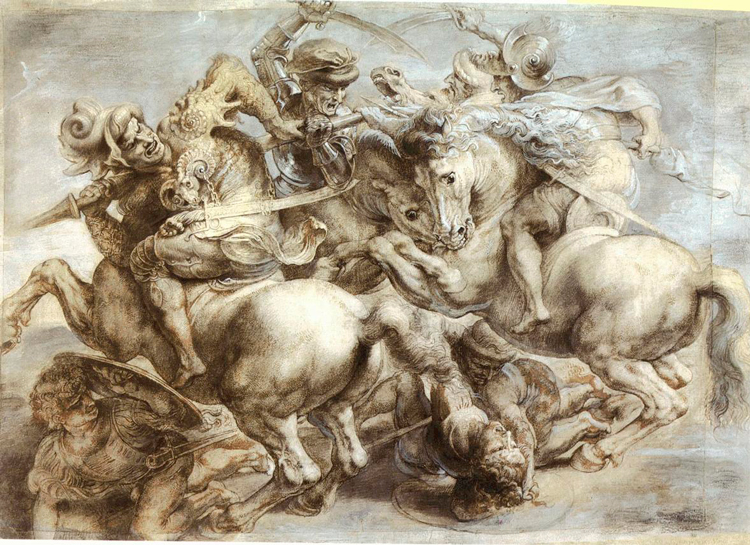 A lot of people consider individualism a modern idea, that the freedom of self-expression didn’t occur at all until the past century. But wait. If artists were really forced to paint in the exact same way, how is it possible that we modern viewers can easily distinguish between paintings by Michelangelo and Leonardo da Vinci, that of Rubens and Vermeer? If we think close enough, it won’t be so hard to see that the two major differences between traditional and contemporary art scene are the reduction in central control by governments and the increase in diversity over time. But if we compare one particular contemporary art style, say, abstraction, to 18th century Neo-Classicism in terms of the composition of paintings and artists, as well as their evolution, the two don’t seem to differ in terms of individualistic expression of ideas. 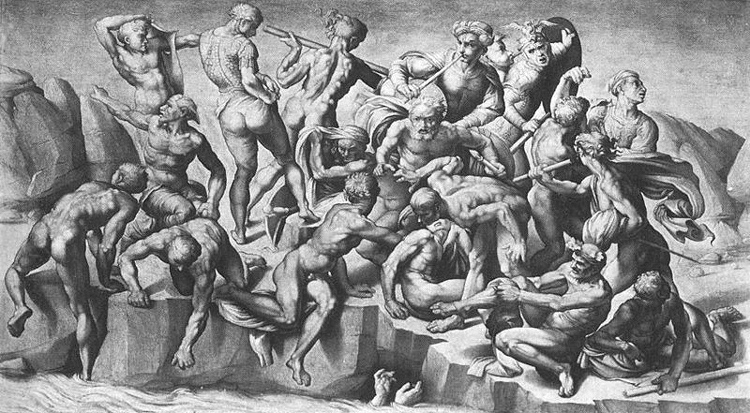 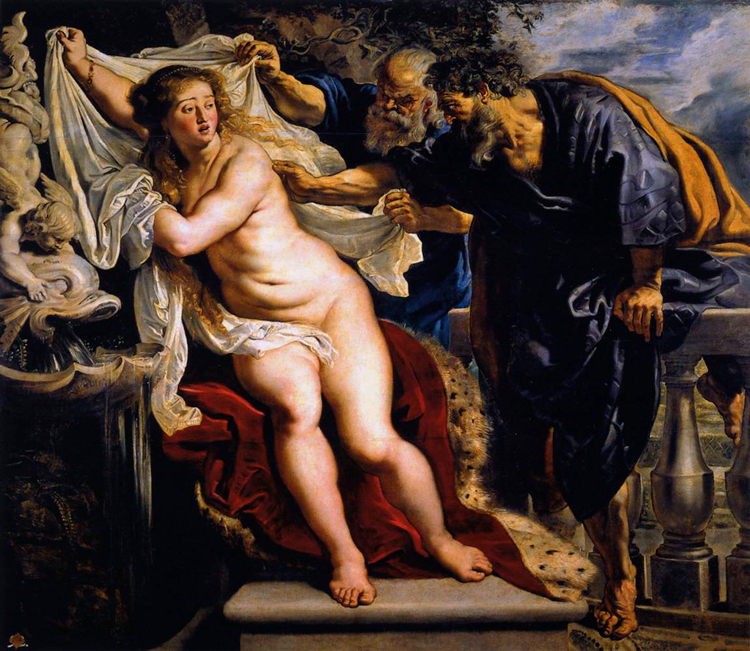 As the authorities have loosen up their control on art production, at least in most parts of the world, the freedom given to artists to express their opinions public through art has increase the difficulty in distinguishing between good and bad art. This would be another endless debate, but it is also what provokes further art development. The conflict between art movements was also seen in the 17th century, where there was a heated debate about the rise of Eroticism as high art back. The fleshy female nudes by artists Peter Paul Rubens gained him popularity among the rich and noblemen, but also led to criticism. If one looks back at the history of art, it wouldn’t take much to see that art development was constantly pushed forward by the battle between classicism and new forms, and the battle pauses at settling for an eclectic approach, before the next fight starts again.

Interestingly, art development is much like a circle, and this is exactly how cultural assets have been accumulated for generations. Imagine a pencil drawing the same circle over and over again, slowly and steadily on the same path, the outline gets darker and more solid as the stoke repeats. As we’ve seen in the above, trendy is not exactly equal to new, but it can mean revival. And we must be careful about the distinction when performing trend analysis or prediction.