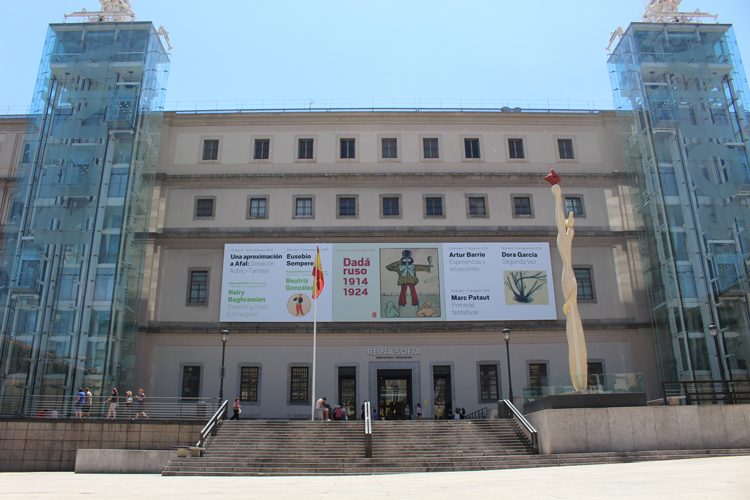 Faces full of anguish, severed limbs, and a gored horse are just some of the images that make up the black and white mural painted by Pablo Picasso titled, Guernica. An unsettling and eerie image portraying the Spanish Civil War, Guernica is one of the most notable artworks of the 20th century.

The painting was brought to Madrid’s iconic museum, Museo Nacional Centro de Arte Reina Sofía, in 1981, but Guernica was completed four decades earlier in 1937. Its purpose was to shed light on the brutality behind the Spanish Civil War. The mural served as a political symbol at the time, but its relevance has not diminished over the years as its story continues to be an important piece of Spain’s modern culture. Guernica is without a doubt a must-see for those visiting the Spanish capital. Before making the trip to admire the painting, it is important to develop the proper mindset that is needed to fully understand the piece. 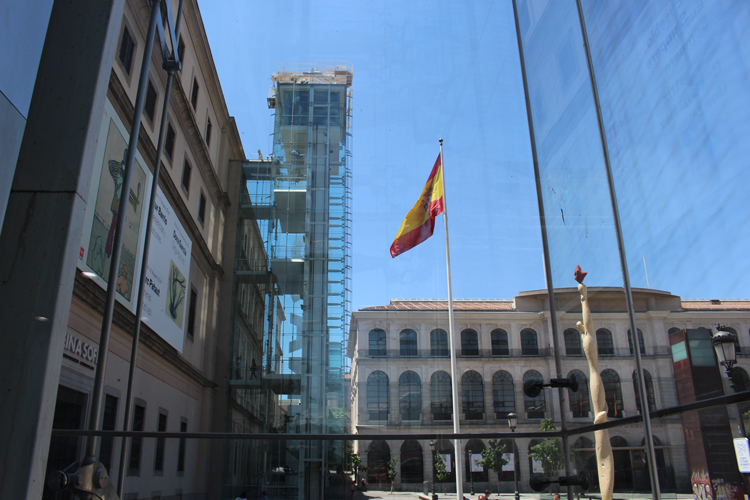 On April 36, 1937,  the northern Spanish town of  Guernica was pummeled by German and Italian aircraft  in the middle of Spain’s civil war. Spanish Nationalists requested that Nazi Germany and Fascist Italy unleash the aerial terror upon the Basque town. The townspeople were gathered together for Guernica’s market day when the bombing began. The horror carried on for two hours, and between 200 and 250 lives were lost. Before the bombing even took place, Republican Spanish authorities commissioned Picasso to paint a mural to be used as the centerpiece for the Spanish Pavilion at the 1937 World’s Fair in Paris. After weeks of struggling to decide on what to depict in his mural, the Spanish artist was instantly inspired to portray interpersonal conflict after the bombing took place. When the public was first introduced to the painting, people reacted with heavy criticism and dismissed Picasso’s radical style in favor of traditional realism that had typically been used to represent the violence of war. With time, the painting was accepted as a masterpiece, and Picasso was regarded as the most influential painter of his time.

Museo Reina Sofia is Madrid’s renowned modern art museum with works by Salvador Dalí and Joan Miró among many other leading Spanish artists. Javier, a 35-year-old employee of the Reina Sofia, said that Guernica is the museum’s “most valued painting”, and is “widely cherished by the local community”. The large mural,  measuring 11 x 25.6 ft, serves to reveal the atrocities unleashed by the German and Italian forces, but additionally was an indication of what was to come in World War II. Because the representation of war violence foreshadowed  the future conflict, viewers can interpret this as a suggestion to apply the message of the painting to other contexts beyond the Spanish Civil War. With this in mind, it can be seen how Guernica served as a political symbol of the time, but maintains relevance to this day as a reminder of all global barbarity. 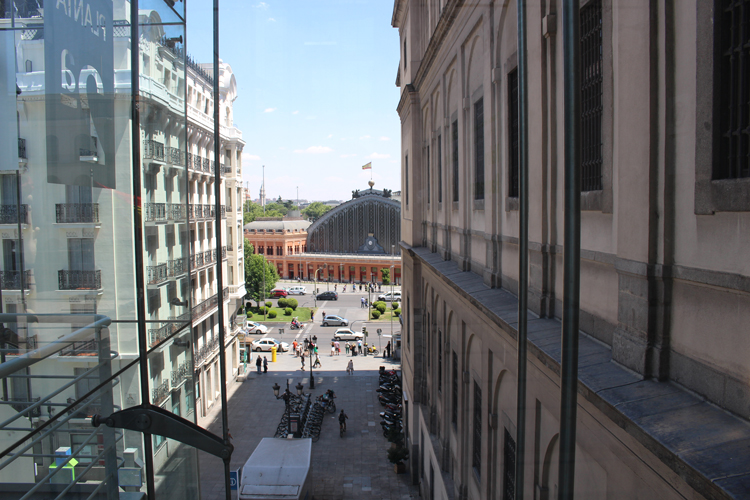 People are undeniably drawn to the heart-wrenching emotion that encompasses Guernica, and exploring the opinions of tourists and locals proved to be a window into how this painting will continue to serve as a meaningful symbol . A 38-year-old woman from Los Angeles named Katie expressed the feeling she gets from the painting as “haunting”. She went on to remark that the painting “isn’t one she would want in (her) home”. Katie was clear about how the painting made her feel uneasy, but wasn’t quite sure what the painting means in terms of modern day society in Madrid as well as in the world overall.

When viewing Guernica for the first time, viewers consistently describe it as horrifying. Upon further investigation through consulting viewers, it was brought to light that many of them in fact did not know why the painting should still be relevant today. Viewers often perceive Guernica as a representation of historical violence, but forget that the mural is equally as meaningful as a representation of present day violence. Since millions of people see Guernica each year, it is important for tourists visiting the museum to understand how the painting applies to modern day society in order to truly receive the intended message of the painting.

Although the painting speaks to a certain event, it doesn’t actually give any specificities that reveal the event that inspired the painting. The painting does not include a time or place, which further emphasizes how viewers should apply the paintings meaning to contexts other than the Spanish Civil War. With this in mind, viewers can then understand how the painting is a representation of a need for peace throughout the world.

Similar to the iconic war painting by Picasso, Francisco Goya’s war paintings convey the same violence of Spanish conflicts that Guernica does. Goya’s paintings, which can be found in Madrid’s Museo Nacional Del Prado, were painted in the early 19th century and depict the Dos de Mayo Uprising in 1808 against the French, and the Peninsular War of 1808-1814. Evidently, Spanish painters have a history of conveying war brutality in their artwork as a way to demand peace in society. Like Guernica, Goya’s collection titled The Disasters of War, was primarily made up of black and white paintings. Goya did this to display a more truthful depiction of the effect of conflict on individuals. When keeping both Picasso and Goya in mind, the apparent plea for peace in society that Spanish artists have notoriously communicated is transparently powerful and suggestive of a need for change in the world.

Professor Giles Knox, art historian and author of The Late Paintings of Velázquez, notes that Picasso’s work “has developed a political meaning that is truly universal”. This idea of universality is reflective of how the painting’s meaning can be interpreted through endless contexts. The inhumanity depicted in the painting strikes a chord with many people, and through understanding the concept of universality, people can develop an attitude that will benefit all societies with their standpoint on violence.

The Museo Reina Sofía is crucial to add to one’s itinerary when visiting Madrid. Through properly viewing Guernica, viewers can be enlightened to insist upon peace in the modern world as the painting urges one to do. The theme of universality that the painting conjures is an idea that, when accepted, will inspire one to be an active peace maker.