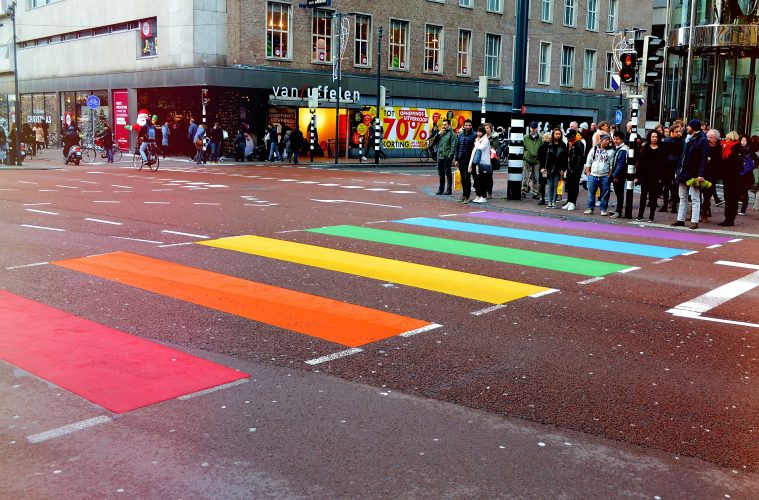 The Young, the Queer, and the Outraged

Many years ago, during a normal evening family dinner, my mother told me that the LGBT movement was the modern day civil rights movement, and she was absolutely right. The gay rights movement can trace its earliest days to the 1960’s, learning from the Black Power and Feminist movements that were taking America by storm during that time. During the 1970’s many gay people found havens in cities such as San Francisco. Gay politicians like Harvey Milk made gay rights a platform of their campaign, and the first U.S. national gay rights march took place in 1979.

By the 1980’s over 22 states had decriminalized homosexuality, and the Supreme Court decriminalized homosexuality in the entire United States in 2003 in the ruling of Lawrence v. Texas. The following year Massachusetts legalized same-sex marriage in Goodridge v. Department of Public Health. The last major win for the LGBT movement came on June 26, 2015 when the Supreme Court, in Obergefell v. Hodges, legalized same-sex marriage in all 50 states.

In the past 50 years the LGBT movement has accomplished a considerable amount, and as a member of that community I could not be more pleased with all they have achieved and look forward to what they will accomplish in the years to come; however, as with all civil rights movements, there are portions of the movement that take it to the extreme, I call this group “the outraged”. In my experiences with the LGBT movement I have noticed that this outraged group is primarily of people my own age, the younger generation between 16-25, and prominent on college campuses. As political commentator Andrew Sullivan said in an interview for the Witherspoon Institute, “No one seems to notice the profound shift in the tone and substance of advocacy for gay equality in recent years, and the radicalization of the movement’s ideology and rhetoric.”

To clarify, not every young LGBT member is part of this outraged group, nor am I casting blame on this group. This article comes from a place of curiosity, heartbreak and pleading towards my own community members who are making our fight for equality more difficult. Thus, I hope this article is read more like a James Baldwin piece rather than something Milo Yiannopoulos might write. In my experiences I have noticed three similarities in the outraged group of LGBT members, the first being a promotion of inclusion but actively not wanting to be included.

The LGBT community promotes the idea of not being identified simply by sexual orientation, yet the outraged members usually heavily promote their sexual orientation on public platforms like social media. In an interview with LGBT member Justine Henck, she says, “More people are open online, because it is easier to be yourself. I came out on Twitter before I even told my family. It also gives us a support group of people who can cheer us on.”

The second similarity I have noticed is a “you’re either with us or against us” attitude. The outraged LGBT argues over the tiniest details, and the intent of others words and actions is often ignored. Those who do not look the part of an LGBT ally will be interrogated to find a fallacy in their beliefs. There also seems to be little to no room for compromise or understanding towards the right wing’s side of the issue, and it is rare to find a young LGBT member who has a Republican friend. Political columnist Joanne Moudy also expressed this sentiment in an article for Townhall saying, “This outraged faction want everyone to believe in LGBT equality, going as so far to crush those who oppose them.”

Looking at the similarities of the outraged group of the LGBT community, I would be negligent to not offer ways to improve effectiveness of the mission in order to ensure this positive, progressive movement moves along without turning away support. I interviewed someone who asked not be named, but has a B.A. in History, is a straight ally of the LGBT, and has an objective view on the subject. He offered strong ideas on how the outraged LGBT members can improve these faults.

When it comes to seeking inclusion but not wanting to be included he said, “Everyone identifies themselves differently and openly, and everyone does not want to be identified by one thing regardless of what it is. This large-scale LGBT activism has only happened recently, and supporting others in their community is not a bad thing.” I would recommend that these LGBT members find more ways to identify and promote themselves.

On the “you’re either with us or against us” attitude he said, “This mindset speaks to the overall polarization of the United States. People participate as allies to various degrees, and that is okay. Oppressed people will always feel that power groups can do more, but they (the LGBT community) must drive the grand whole of the fight, or else others won’t get on board.”

When I asked about the sense of self-entitlement he stated, “Every human on earth is entitled to inalienable human rights that should never be taken. However, if you’re a member of an oppressed group, you can’t expect to be treated equally. Gay people have been oppressed for centuries, and although they should be pissed, being angry isn’t going to do anything. They must figure out where they are in their equal rights movement and work from there. The LGBT movement must study the reality of the world to improve the situation.”

Furthermore, LGBT activist Donna Cartwright expresses this point in an article for Solidarity, saying, “The LGBT took a huge step with marriage equality, but is now lost on where to go. They must figure out what equality they should seek next, whether that be economic, work, political, or something else.”

To the young, outraged LGBT members I would like to say there is hope, so much hope for gay rights. As my unnamed source states, “I don’t know how hard it is to be gay. People are bullied, turned away by friends and family, and driven to suicide. I can’t even begin to imagine the extreme difficulty some gay people go through each day. To those gay people suffering, look at the general trend of laws, societal support, and how better off the world is than 50 years ago. Things are getting better and I believe will continue to get better.”