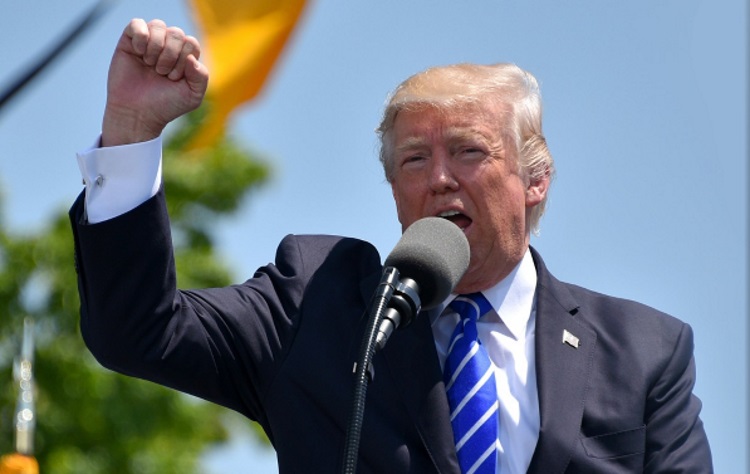 Influence of Far-right Conservatism on Teenagers

Friendships during adolescence are always finicky. Perhaps someone got involved in a differing extracurricular or society from yourself, which eats away at potential socialization. Another may be making poor decisions which don’t sit well with you, and you want to avoid them during this stage. Most notably, one may possess a different political ideology from yourself. This isn’t inherently bad, as democratic societies like the United States encourage an exchange of perspective. However, when there is an uptick in interest in one ideology, especially when it’s as bombastic as that of conservative sore winner Donald Trump, there is bound to be tension among friends. Such is the case in my own community in the northeast United States.

My younger brother is a high school student and has grown frustrated at many of his peers’ reactions to Trump. They applaud the President’s toughness and rapid-fire rants to even the minutest criticisms. While I’ve often shied away from staying up-to-date with every fiasco, Aidan has embraced an awareness. He’s often my first source in hearing a new revelation, such as when Trump tweeted of restricting transgendered individuals from military service, or when it was revealed Alabama senator hopeful Roy Moore’s beloved Jewish family attorney campaigned for Moore’s opponent, Sen. Doug Jones. Certainly, teenagers like Aidan make me hopeful for political consciousness of future voters. Still, the attitudes of today’s teenagers aren’t necessarily indicative that liberalism has an overarching stronghold among them. Indeed, this demographic seems to be just as divided as their adult counterparts.

Firsthand, I’ve witnessed the interest far-right politics has had on teenagers. During my three-year stint as an afterschool tutor, one of our adolescent members had an affinity for Trump. Though I’m careful to respect differing opinions, I was nonetheless baffled. Thus, I conversed with him about what makes a candidate and eventual leader of public administration so appealing. The student noted Trump’s tough attitude, though admitted most of his interest came from the fact a majority of his family were Hillary Clinton supporters.

Perhaps much of Trump’s success could be attributed to Poe’s law. “This is to say that unless there are unmistakable cues that one is being ironic or sarcastic, many parodies are not only likely to be interpreted as earnest contributions, they will, in fact, be identical to sincere expressions of the view,” writes Scott F. Aikin of Vanderbilt University in “Poe’s Law, Group Polarization, and the Epistemology of Online Religious Discourse,” a 2009 essay published in the Social Science Research Network. Traditionally, the adage is rooted in religious discourse, for Nathan Poe of christianforums.com introduced the phenomena during a discussion on Creationism. However, it’s incredibly fitting towards other concepts, especially politics. Donald Trump, for most of his notoriety has been as a spectacle. His orange skin, yellow combover, bankruptcies, multiple marriages, and gimmicky catchphrase (“You’re fired!”) are all subject for ridicule. A year and a half ago, the thought of him at the presidential podium was outrageous. Yet here we are.

The President himself discounted the margin of error that likely occurred within his polling surveys throughout his campaign, as any researcher knows. He chastised fellow Republican Jeb Bush about his low polling scores and gleamed at his own generous ones. Though how can he be sure every vote was genuine? Guising oneself as an opposition is rampant, especially as factions grow more divided. False support can be found especially across videos on YouTube, such as “People Pretend to Support Donald Trump on Facebook” from BuzzfeedVideo, or “Bernie vs Trump, Who is more Violent! (Social Experiment)” from Joey Salads (for those unaware, Salads, whose real surname is Saladino, is not a sociologist, but a prankster with a new angle). People enjoy a sense of espionage, though again, seeming too genuine can rationalize others into joining the intended farce. Perhaps over time, the satire is lost on many, especially impressionable teens.

Perhaps most importantly, adolescents gravitate towards teenagers because he is one of them. He exhibits crude, sexist lingo and is a braggart. Haughtiness is an attractive attribute to teenagers due to their constant questioning of which milestones should be prioritized. He also loves social media, especially Twitter, where a healthy 32% of American teens aged 13—17 typically congregate, according to a Pew Research Center study released May 31 this year. While his grasp on precedents set by previous leaders is spotty, he certainly knows how to manipulate the media that he allegedly detests. Trump often flops back and forth between providing exaggerated anecdotes to press and lashing out at correspondents when they recap his activity in unflattering ways. It’s obvious he was raised among wealth.

Regarding wealth, part of the reason youth embraces the political right is due to lack of funding elsewhere, as Michael Hobbes explains in “The Right-Wing Millennial Machine” for the Huffington Post, published May 28. Many progressive PACs or nonprofits who employ youth as interns, like the American Civil Liberties Union, will pay stipends if needed, though not an hourly salary like the Heritage Foundation. In an ideal world, passion alone could fund a career with a progressive think tank, but this isn’t the case. Conservatism can be comforting in many ways, as it’s a philosophy based in tradition and nurturing rather than constant spews of updates. “It is true that social conservatism…remains a nonstarter with young people, but the idea that families and communities need strengthening, that they are not replaceable by the state, and that they are essential to a fulfilled life is a message that conservatives should be shouting from the rooftops,” Kristen Soltis Anderson of The Weekly Standard urges her readers in “Conservatives Have A Millennial Problem” on May 11. Thus, conservatism provides stability where such comfort is scarce, especially for teens.

Naturally, the United States is not alone in the clutches of aggressive conservatism. UK Prime Minister Theresa May had similar behavior to Trump during her stint as Home Secretary under then-PM David Cameron, such as greenlighting public transport ads reading “In the UK illegally? Go home or face arrest” in 2013. Perhaps her approach is softer now, as she did not condemn Trump’s unpopular travel ban against six Muslim-majority nations.

Similarly, Indian Prime Minister Narendra Modi is criticized for his indifference towards his Muslim population, and hardly ever visits displacement camps where Muslims reside after fatal riots in Gujarat perished thousands of their faith in 2002. But unlike Trump, Modi has more substantial evidence to back up his health prowess, posting a minute and half video to Twitter on June 13 of him doing yoga on his lawn. However, many members of Congress were critical of his choice to tweet instead of confronting growing unrest within the India/Pakistan border, resulting in the deaths of four Border Security Forces officers.

Philippines’ President, Rodrigo Duterte, is just as crass as Trump. Both insulted the Vatican, Duterte by calling Pop Francis a “son of a whore” when his 2016 visit to Manila caused traffic jams, and Trump dubbing him “disgraceful” after the Pope criticized the motives behind Trump’s proposed Mexico/U.S. border wall. Both were delinquents as scholars, with Trump boasting that he punched his music teacher in third grade, and Duterte that he shot a classmate in the leg while in law school.

Concisely, leadership like Trump’s is not unique to the world in this era. Many adolescents will embrace this attitude, though others will wizen from it. This is a potential for them to notice that a powerful title does not guarantee respectability. Now is the perfect opportunity for them to develop their own consciousness, and further curb peer pressure. Categorizing each teen into neat factions is beyond the matter. The political reportage today can strengthen their instinctive moral compass assessments, and this is essential in their becoming of active adult constituents.