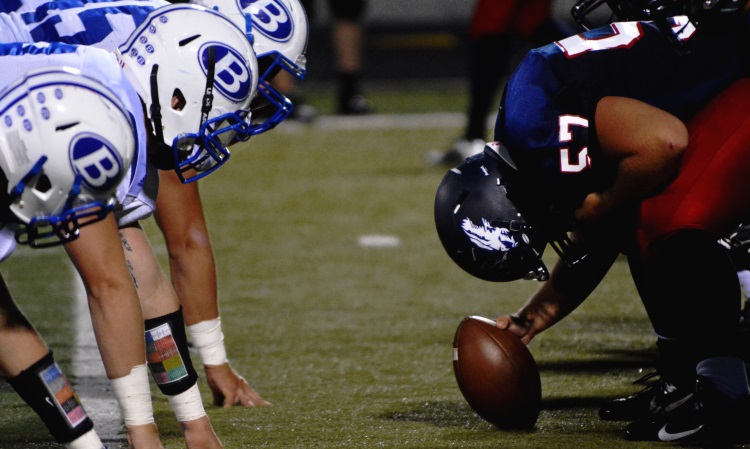 College Sports Beyond the Field

In this day and age college sports is undoubtly one of the biggest platforms for amatuer athletes in america and is considered the feeder system to the professional level. The attention it attracts, the loyal fans it breeds, and the historic rivalries created and continues to inspire  is comparable to none other. Far beyond what happens in the gyms, or on the fields, future leaders of tomorrow are molded. What also can not be denied is the revenue it grosses year after year, and the subsequent trickle down effect it has in which universities and communities in turn benefit substantially. It is through college sports that many are afforded to live the american dream, our ethos; the belief and ideal that characterizes our nation; “life liberty and the pursuit of happiness.”

The biggest reward from college sports here in the land of the free is a shot at making a career out of what you love to do whether it be in sports or something else. There is nothing more american than following your dreams and seeing them come to fruition. College sports in the U.S. serves as a feeder system providing experience and training to players with the goal being to play at a higher level if expectation are met and or exceeded. Athletes who begin young playing in youth leagues move on to to high school level competition and through hard work and much effort on to the collegiate level. Once proven that they are the best in their field the opportunity of making the transition to the pro level arises. Only the best make it, and only the best rise to the top while the  weak fall by the wayside. This mindset is applied to the classroom as well. Through athletics scholarships athletes are able to attain a free education. In the likelihood that one does not go professional they still win by graduating from an accredited institution with a degree that will benefit them for the rest of their lives. With a degree under their belt student athletes have an advantage that also opens up more career paths.

College sports also  teaches life lessons that create leaders and productive citizens that go on to contribute to society. Teamwork, inclusion, time management, leadership, discipline, confidence, accountability, and problem solving are just a few life skills learned through playing college sports that directly translate to the work field and to life. Athletes take pride in their work and dedicate themselves to daily excellence in their respected sport which later permeates in to their future careers. Sports build character! Athletes face adversity and failure on the daily basis and subsequently learn the interconnectedness between preparation and success. College sports in america teaches students whom will will become employee’s to be competitive, to set goals and to take action and necessary steps to achieve them. All skills necessary to be successful in any field and more importantly, life.

Another significant aspect of Sports at the collegiate level is  its close knit ties to their community. Majority of fans are either residents of the city, previous students of the university, current students, or have some type of ties to school or just fans because previous generations were. Being so close to the school communities are able to see, and build relationships with the teams they love. Essentially teams are a representation of where they come from. In professional sports athletes are paid and teams operates like a business where profit is what most important. Subsequently players may leave for a bigger paycheck or teams may trade players for a greater return on their investment. College athletes are paid so players, coaches etc are in it because of the passion and love for the game.You won’t see popular players leaving their team because of low attendance to games or losses. The players are tied to their respected schools because the school took a chance on them that maybe no one else would. By giving them a scholarship and a place on their team that hundreds of other athletes sought out it show thats they believe in each other and are committed to one another.

The community and university are one family. When its game day thousands flock to to surrounding communities to enjoy the game while also spending money that helps local business and the local economy in general. Millions of dollars are generated through ticket sales and merchandise. Collegiate sports also create more jobs within the community. Everybody wins because everybody gets a piece of the profits.