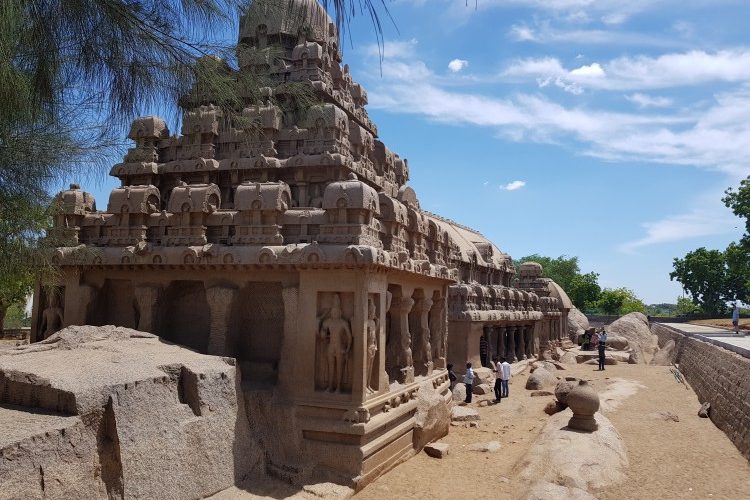 With just a slight shift in focus, a photo could easily lend a different insight. Such is the case for these photos of South India. Covering a few locations, the photos allow a glimpse into the daily lives of the southern part of the most populous democracy in the world.

Indeed, India is vast, often divided into five regions: North, South, East, West, and the Center. Accordingly, the country is unsurprisingly multilingual, multi-ethnic, and an incredibly diverse society. With vast differences in each region.

South India is found in the Peninsular Deccan Plateau. With the Arabian Sea in the west, Bay of Bengal in the east and Indian Ocean in the south. Decedents of the Dravidians, Indians in the south are often smaller and darker compared to their Northern counterparts.

Moreover, the dressing style in the South is quite different from the North – women in the South wear saris, men prefer dhotis. While North Indian women widely dress in salwar kamiz, while the men wear salwar.

Another distinct difference between the North and the South is the food. South Indian food is significantly spicier. South Indians prefer coconut and tamarind, compared to the North Indians who use more milk products in their dishes. 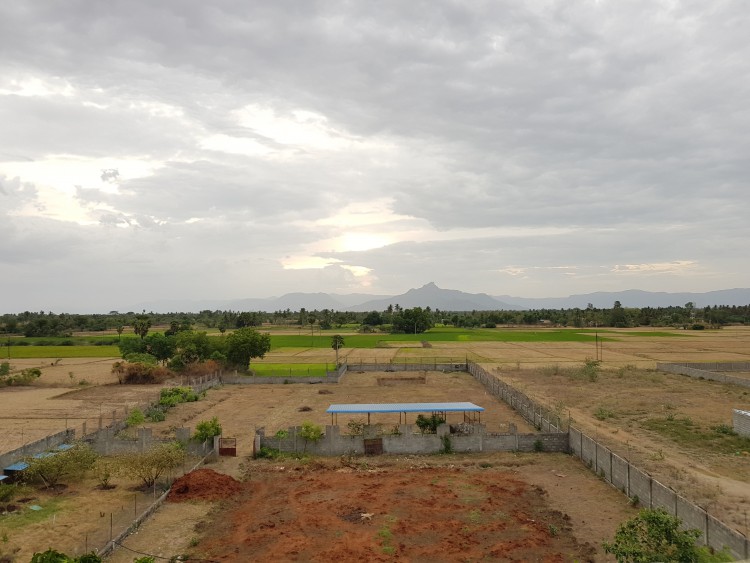 The area of Tiruvannamalai, where Kondam lies is predominantly a dry area. Surrounded by mountains in the east, and the sea not too far in the west. Rain is sparse, but almost always welcome. The photo illustrates a wide expanse of dry land, surrounded by walls and a fence – the owner of the land divulged that a couple of months ago, rain came, and it was unwelcome. The area flooded, killing the crops, livestock following soon after. A complication brought about by climate change.

Chennai, the capital state of Tamil Nadu in South India is a buzzling metropolitan. Here is a glimpse into a household, preparing to bless an Indian woman before her wedding. The women are wearing traditional clothes, the elder a sari, and the younger one a modern dress depicting cultural heritage through design, resembling a salwar kameez. 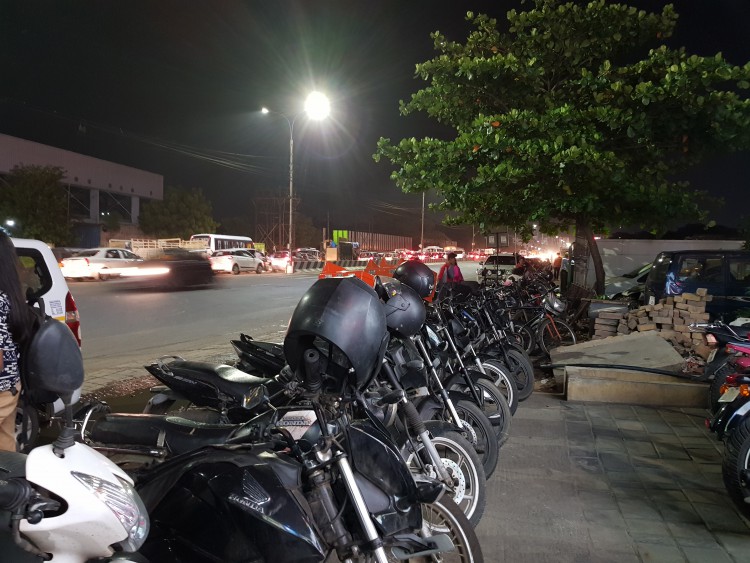 Traffic collisions in India is known for being one of the highest in the world. Driving in a metropolitan is truly an experience – more so if you are on a motorcycle. Which almost everyone here is on. People rarely follow the traffic lights, with the honking of cars, buses, and motorcycles keeping the city up at night. 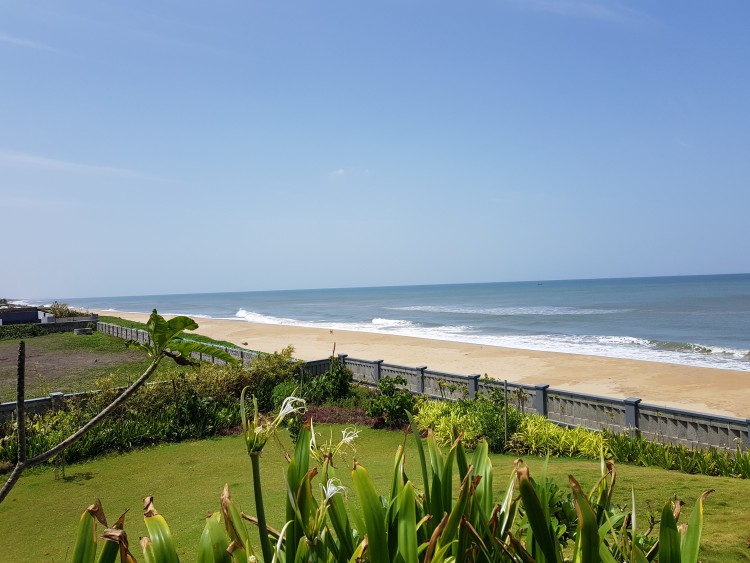 Often referred to as the second longest urban beach in the world, the Marina Beach runs from near Fort St. George in the north to Foreshore Estate in the south, along the Bay of Bengal. Despite the lack of people in this photo, it is one of the most crowded beaches in the country. Even though bathing and swimming in the beach is legally prohibited, owing to the dangerous turbulent undercurrent. 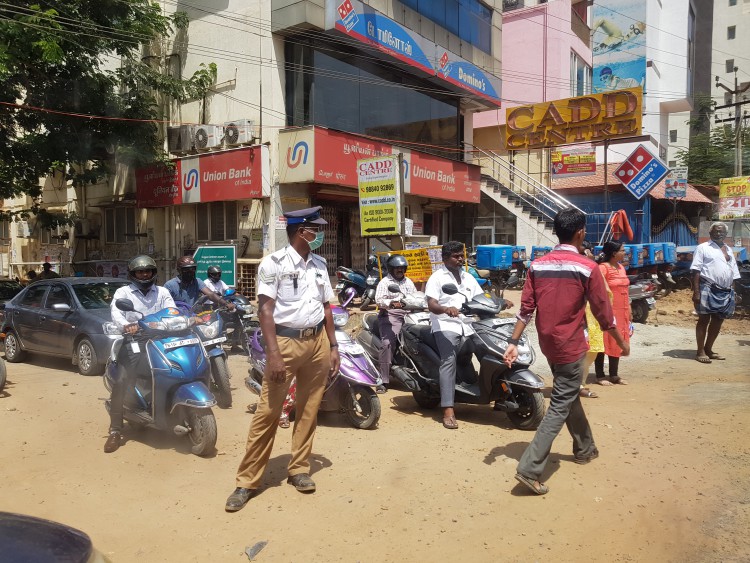 Even with traffic enforcement, the roads are messy and noisy – with the public trying to get to their destinations. Occasionally, you will see people wearing face masks to combat the air pollution and the heavy dust flying around in the dry area. 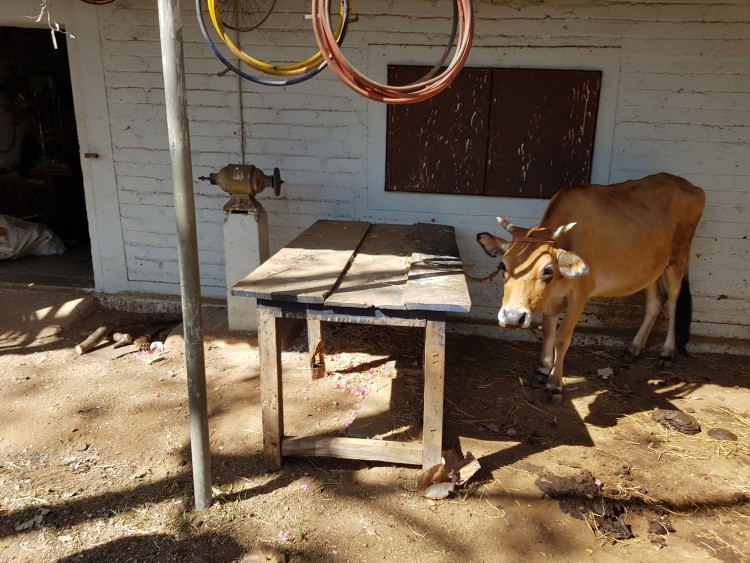 Cows. It is one of the first things I noticed upon my arrival to Chennai. They are everywhere. And I do mean, everywhere. In the metropolitan, near the housing estates, or the streets of Tamil Nadu. India’s cows are indeed ubiquitous, with around 238 million spread throughout the country, more than anywhere else in the world. The country’s history with cows is tied to the Hindu religion – wherein the slaughter of cattle is prohibited, and eating their meat taboo. However, in the recent years, the population of the cows has been criticized, due to its relationship with climate change. 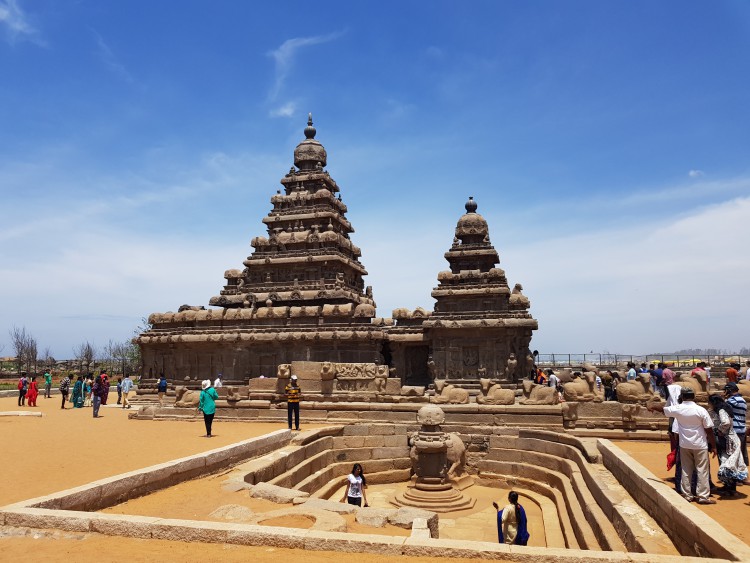 When you go to a highly tourist spot, you would think you would see a lot of international foreigners. That was not the case for Mamallapuram. There were two or three international foreigners, and most were local. Coming from the other states, a couple were speaking English natively to their children, explaining the history of the temples. However, the most prominent scenes were photoshoots of all forms – people with DSLRs, smartphones, and selfie sticks. 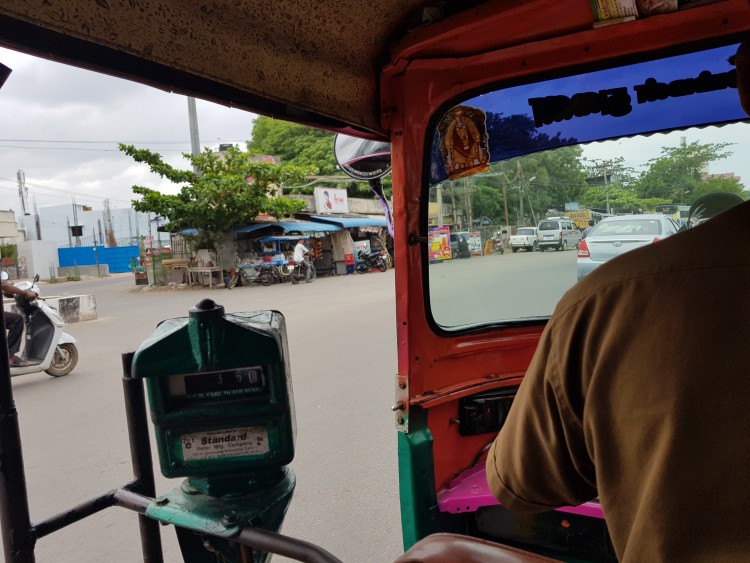 The auto rickshaw is a motorized three wheel means of transport – used mainly for short distances, it can be seen throughout the country. It is a daily must for commuters who do not have their own motorcycle, or is not keen on traversing Indian traffic. There is no staple price for places, so often, you can see the locals, and tourists alike haggling with auto drivers. 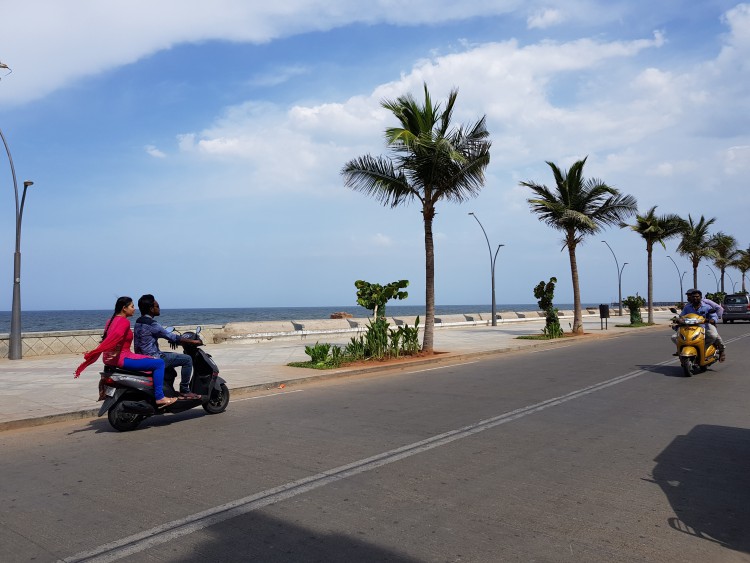 Pondicherry is quite different from the other places on this article. This photo provides a glimpse into that difference. Formerly a French colony, the territory has multiple architecture with a European angle. Moreover, a significant amount of the population speaks French – attracting tourists from the surrounding area. The city itself is more organized, the people are quite friendly, and the traffic more regulated. Locals are proud of the safety and standard the territory continues to uphold – and rightly so.